Has Tim Worstall made the case for one-way free trade? 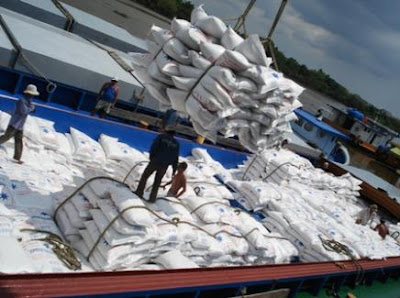 At Forbes, Tim Worstall attempts a critique (or, in blog parlance, a smackdown) of my last post, on one-way free trade. I want to thank Tim for taking the time to read and respond to my post; although this post is a counter-rebuttal, I don't want it to be taken as angry, resentful, or combative.

The first three quarters of Worstall's post is about the cost structure of the solar industry; since I don't actually know that much about silicon ingots, I'll leave this part alone. However, Worstall's conclusion - that "Yes, unilateral free trade is the answer" - is driven entirely by the last couple paragraphs of his piece. Since these paragraphs contain two or three major errors (depending on how you count), I'll just skip to that part and explain where Worstall goes astray. He writes:

[W]e really don’t care at all whether government can limit risk imposed on US firms. Because we don’t in fact care about US firms at all, at least not in the context of trade. We care only about consumers when discussing trade...

[T]he sole purpose of all production is consumption. The only relevant question when dealing with...trade is what expands the consumption possibilities of the populace? Not who produces or how, who does the labour to produce nor who profits from it. But only and solely who gets to consume what? If trade increases that consumption then great, we’re all for trade. Which brings us back to the point made at the top about trade being voluntary. No consumer is going to purchase an imported item if it decreases their consumption possibilities. Thus unilateral free trade is indeed what we want simply because that is what best expands consumption opportunities: which is the point of the whole game in the first place.

The error is in thinking that we care what happens to firms or producers at all.

If you didn't see the errors yet, take a minute now to re-read what Worstall wrote. If you still don't see it, read on.

Worstall is correct when he says this:


[T]he sole purpose of all production is consumption. The only relevant question when dealing with...trade is what expands the consumption possibilities of the populace?

To a first approximation, this is right. Consumption is what creates utility.

However, Worstall uses this fact to conclude that, when analyzing one market, we care only about the consumers in that market, when he says: "[W]e don’t in fact care about US firms at all, at least not in the context of trade." This is false. Consumption happens across the entire economy. Many things are consumed. And every person in the economy is a consumer (or else they would be dead).

So if you look at the market for solar panels, and you consider only what happens to consumers of solar panels, you are in error.

Remember that every producer is also a consumer. Producers purchase their consumption goods using the income that they get from producing things. If producers' income goes down, their consumption must go down too.  Supply-and-demand graphs show that "total surplus" = "producer surplus" + "consumer surplus" + "government surplus". So Worstall's idea that we can forget about solar producers when analyzing the solar market - i.e. that "total surplus" = "consumer surplus", and that producer surplus does not exist - is not correct.

Worstall's second error comes when he says this:


No consumer is going to purchase an imported item if it decreases their consumption possibilities. Thus unilateral free trade is indeed what we want simply because that is what best expands consumption opportunities[.]

To a first approximation, the first sentence is right. But the second sentence does not follow from the first, for at least two reasons.

However, I only put this as "Reason 1" to get it out of the way. Externalities are not even the biggest reason why Worstall is wrong in concluding in favor of one-way free trade. The biggest reason is:

Reason 2: Harmful policies can harm the economy by preventing optimal consumption decisions from being made.

Here is a simple example, using only Econ 101 economics - no externalities, no funny stuff. Suppose there are only 2 countries in the world: the U.S., and China. The U.S. trades with China; on net, we export rice to China, and they export TVs to us. Now suppose that China's government, having been captured by producer interests, decides to protect its rice producers by putting tariffs on rice imports.

(Note how we see Worstall's first error in action; the loss to U.S. producers matters because those producers are also consumers! U.S. rice consumers benefit from the Chinese tariff, but total U.S. consumption falls!)

Now let's consider the following possible U.S. policy: The U.S. government says "China, unless you remove these protectionist policies, we will retaliate by imposing import tariffs on TVs exactly equal and opposite to the tariffs that you have enacted."

Suppose that this threat is credible. China's government is captured by TV and rice producers, so China's government's best response is to eliminate its subsidies and tariffs. The whole world benefits, the United States benefits, and China as a whole benefits. The total consumption possibilities of the United States (and of the world) have been expanded relative to the case of U.S. unilateral free trade.

Note that this example does not rely on externalities, on irrational consumer behavior, on coordination problems, fixed costs, or anything else. It is a pure Econ 101 trade problem with two countries, two goods, supply curves that slope up, and demand curves that slope down.

So this simple example shows how one-way free trade may be a losing policy, if governments behave strategically. Which was the whole point of my earlier post.

(Note: To anyone who read this post and said "But, consumers can be irrational and short-sighted!", or "But, there are production externalities and coordination problems!", or "But there are transaction costs!", I say: Yes, yes. The point of this post is to show that you need absolutely nothing beyond Econ 101 to show that one-way free trade may be the wrong move.)