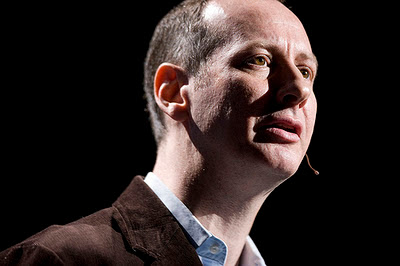 It is difficult to overstate the intensity of the warm glow that fills my heart to see Alex Tabarrok writing this in the pages of the Atlantic:


To build an economy for the 21st century we need to increase the rate of innovation and to do that we need to put innovation at the center of our national vision...Innovation, however, is not a priority of our massive federal government. Nearly two-thirds of the U.S. federal budget, $2.2 trillion annually, is spent on the four biggest warfare and welfare programs, Medicaid, Medicare, Defense and Social Security. In contrast, the National Institutes of Health, which funds medical research, spends $31 billion annually, and the National Science Foundation spends just $7 billion...

The federal government does spend some money on innovation, but mostly for innovation in warfare...The basic and applied non-weapons research that has the best chance of creating beneficial spillovers is a small minority of defense R&D. DARPA, the Defense Advanced Research Projects Agency, for example, helped to develop the Internet but DARPA's budget is only $3 billion. Even when we lump all federal R&D spending together regardless of quality it amounts to just $150 billion, a mere 4 percent of the budget...

Our ancestors were bold and industrious. They built a significant portion of our energy and road infrastructure more than half a century ago. It would be almost impossible to build that system today. Could we build the Hoover Dam today? We have the technology. We seem to lack the will. Unfortunately, we cannot rely on the infrastructure of our past to travel to our future. Airports, an electricity smart grid that doesn't throw millions into the dark every few years, and ubiquitous Wi-Fi are among the important infrastructures of the 21st century, and they are caught in the regulatory thicket...

To restore our economy and our spirits we need to become an innovation nation. An innovative nation would improve the prospects for economic growth but could do much more. The warfare-welfare state divides the pie and also divides Americans. Americans, however, are an innovative, forward-thinking people and the prospects are good for uniting them on a pro-growth, pro-innovation agenda.

In other words: PUBLIC GOODS PUBLIC GOODS PUBLIC GOODS!!!
Also known as "public investment," "government investment," "public capital," "government capital," "partially nonrival production inputs," etc, public goods have been a major theme of this blog.
To see Alex Tabarrok trumpeting the importance of public goods is particularly gratifying to me, since Alex writes for Marginal Revolution, a blog whose leanings I would characterize as "libertarian," and works for George Mason University, an institution whose intellectual climate I would characterize as "libertarian." Which means that this article is part of the growing libertarian push for public goods, which first came to my attention from Peter Thiel.
In the 1970s and 1980s, libertarians and conservatives were so focused on shrinking the regulatory and welfare states that they were willing to throw the baby out with the bathwater. The crucial role of research and infrastructure in an advanced economy was ignored by cries to "drown the government in a bathtub," or that "government is the problem." The price of this epochal oversimplification is today's crumbling infrastructure and shrinking research budgets.
Republican politicians, meanwhile, focused almost exclusively on distributional issues instead of on growing national wealth - "dividing the pie and dividing Americans," to use Tabarrok's pithy phrase. The national-greatness conservatism of a century ago was forgotten, replaced with a complacent belief that America's greatness was on autopilot.
I have no idea how politically conservative Alex Tabarrok is, but I do know that the conservative movement desperately needs him as a thought leader. America needs more and better public goods, and we need conservatives on board if we are going to get those goods. But conservatives are never going to listen to liberals. If Paul Krugman gets up and says "We need a strong social safety net AND more spending on research and infrastructure," conservatives are going to see public goods as a Trojan Horse for socialism. But if libertarian George Mason profs and Silicon Valley venture capitalists get up and say "We need to shift resources from the social safety net to research and infrastructure," then conservatives just may perk up and listen.
What we need in this country is an Alex Tabarrok conservatism.
(Note: I do actually have one quibble with Tabarrok's excellent article. He lumps Social Security in with the "welfare state," but most Social Security spending is really just forced saving. To maintain payroll taxes at current levels but shift Social Security spending from pension benefits to public goods would be to invest the savings of a large chunk of Americans in a set of risky projects whose payoffs would be distributed very unevenly. Not a lot of Americans are going to go for that. So I recommend leaving Social Security out of the discussion, and focusing instead on shifting resources away from health care spending.)
Author: Noah Smith Posted at 1:25 PM