I care about rich people, but not about their riches. 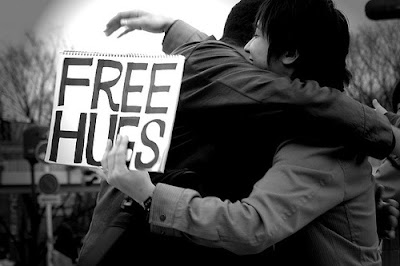 An incredibly interesting article in Bloomberg this week reveals the devastating power of the economic phenomenon known as "habit formation." Basically, if you have enjoyed a high-consumption lifestyle in the past, it is extremely painful to switch to a lifestyle of moderate consumption. This is why so many finance-sector workers are unhappy right now, despite being so much richer than the vast majority of Americans - they are doing great relative to others, but not so good relative to the astronomical heights they reached in the early 2000s.

Conservatives sometimes use habit formation to try to get sympathy for the rich. When we redistribute income, they say, we have to realize that the rich are actually hurt, since they have gotten used to consuming a certain amount, and raising their taxes will bump them down to a less lavish lifestyle. We should care about the rich people too, they say. But most conservatives don't say this too loudly, because the instincts of the public are more Rawlsian than Benthamite; people are likely to respond by saying "Oh boo hoo hoo, no vacation in Aspen this year! Cry me a river!"
In other words, I think most people don't really care that much about the happiness of the rich.
But I do.
I do care about the happiness of the rich. Why? Because most people I know are rich. Not in the vacation-in-Aspen sense, but compared to the vast majority of people on planet Earth. My family and friends are all in the top 50% of household income in the U.S., which makes them some of the richest people in the world. And I care about my family and friends. So I care about rich people. And because I realize this, when I see the vacation-in-Aspen crowd feeling bad, I have sympathy for them. I don't like to see those people sad.
Now, this doesn't mean I'm worried about raising taxes on the rich. Yes, habit formation will make higher taxes more of a blow, but let's face it - there is just not enough wealth in the world to keep the consumption habits of America's rich people growing at the rate they grew in the 2000s. A correction will be painful, but one way or another it is inevitable.
And to be honest, all this discussion of income and wealth seems to me to be a bit beside the point. We live in a world of incomplete markets, where the things that rich people really care about - the things upon which most of their happiness hinges - are not things that can be bought with money (or else they would have bought them). These are things like good friends, a feeling of accomplishment, a positive outlook, personal interests, individual expression, and the feeling of being a good person.
One especially important area, I should point out, is family. Research indicates that divorce, for example, results in a huge and long-lasting decline in happiness. Rich people can buy vacations in Aspen, but as things stand, no amount of money will keep their families together. In fact, higher divorce rates in rich countries may explain a large part of the Easterlin Paradox (the finding that people in rich countries aren't much happier than people in poor countries).
I am somewhat of a believer in Maslow's Hierarchy of Needs. Money can buy you security, and it can get you respect, but as things stand it still can't buy you love. And so when I worry about the problems of rich people, I worry much more about their personal emotional issues than their consumption habits.
Rich folks, you don't need a giant bonus. You don't need lower taxes. You don't need another vacation in Aspen. What you need is a hug.
Author: Noah Smith Posted at 5:58 PM