Why macro is hard (Taylor/Krugman edition) 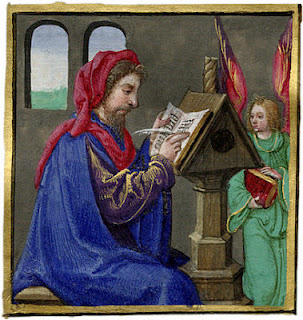 In the latest volley in the Stimulus Wars (giggle), John Taylor explains why he doesn't think the ARRA, commonly called "the stimulus" or "Obama's stimulus", increased GDP:


For the parts of the packages which include temporary tax rebates or temporary tax cuts I find no significant consumption effect using regression analysis and controlling for other factors that affect consumption. If you look at a chart of the tax rebates in 2008, for example, the evidence is striking: There was a big increase in personal disposable income at the time of the rebate, but no similar change in consumption...

In the case of the 2009 stimulus package, there was also an attempt to increase significantly government purchases of goods and services. But the evidence is that this attempt largely failed. A special satellite account produced by the Bureau of Economic Analysis shows that federal infrastructure investment—at the peak quarter—increased by only .05 percent of GDP as a result of the stimulus and federal government consumption by only .14 percent...

While state and local governments received substantial grants under the 2009 stimulus, a statistical analysis by John Cogan and me shows that they did not use these grants to increase their purchases of goods and services as many had predicted. Instead they reduced net borrowing and increased transfer payments.

It's important to realize, as Mark Thoma explains, that Taylor is not saying that stimulus can't work theoretically, but that the specific "stimulus" enacted in the ARRA didn't work.

Tayor makes three separate arguments here. The first is that the tax rebates in the ARRA failed to increase household consumption. This doesn't seem like an incredibly controversial argument, since A) there exist decent ways to forecast what consumption would have been in the absence of the ARRA, and B) Keynesian theories predict that transfer payments make for much worse stimulus than government expenditure. But note that one of those things that forecasts consumption is wealth; when the ARRA was passed, household wealth was plummeting due to the collapse in housing prices, and thus it is possible that the ARRA stopped consumption from collapsing.
Taylor's second argument is that the ARRA failed to increase federal government purchases - i.e., "true" federal stimulus - by much. This definitely matches the evidence gathered by Paul Krugman in a recent series of posts (see here, here, here, and here) showing that total U.S. government expenditure fell during the recent recession. So, not much argument here.
Finally, Taylor claims that the ARRA did not do much to change government purchases at the state level. This is very hard to prove, since we don't have a good model of state government behavior. Paul Krugman claims that without the ARRA, state expenditure would have fallen even more, because states would have run up against borrowing constraints. Taylor obviously doesn't think that would have happened.
Who's right? It's hard to know, and this really illustrates the main difficulty in doing macroeconomics: lack of a good "counterfactual." History only happens once; it's just damn hard to tell how things would have changed if people had made different decisions, just by looking at what ended up actually happening.
The only reliable way to get a "counterfactual" - and, thus, the only way to tell if a policy worked - is to have a good theoretical model of how policies work. But one of the things required for a model to be "good" is for it to be tested against data. And all too often, the only data we have to test our macro theories is...you guessed it...one single run of history. And that run of history is pretty short - less than a century of quarterly aggregate data on a small handful of variables.
Now, if we could believe in cross-country comparisons, then we could basically have several simultaneous "runs" of history to compare, and this would help us be more certain about our models. But cross-country comparisons are notoriously hard to do, and countries' economies are also dependent on each other to some degree.
This is why, in my opinion, the only way to build really believable and reliable models is to use microfoundations (or, if the macroeconomy is big enough to display emergent properties, to use agent-based modeling). Without those techniques, macro is doomed to be a lot more like history than science.
Which is not to say macro is doomed! History is not a useless way of understanding the world. Observing and recording events and then making reasonable speculations as to their causes - e.g., saying "I think states would have run up against borrowing constraints without ARRA" - is not a useless endeavor by any means. For thousands of years of human civilization - up until Francis Bacon & co. - that was the only way we had of understanding the world around us, and it did lead to a slow steady increase in human knowledge. It's just that history is a less powerful way of understanding the world than science. If we could make macro a science, that would be awesome.
In the meantime, regarding the current debate, you may ask: Who do I believe, Taylor or Krugman? I guess I mostly side with Taylor here. Krugman is probably right that if there had been no ARRA, states would have spent even less as they bumped up against borrowing constraints. But the states still would have saved a portion of the ARRA money (or passed it on to households as tax rebates or transfers), substantially reducing the ARRA's fiscal multiplier. I believe that direct federal government purchases - increased infrastructure investment - makes for by far the best stimulus. The fact that there was almost none of this in the ARRA was a major, major policy failure. I think that that failure overshadows the small benefit that the ARRA might have had in supporting state purchases. And I think that that is a point on which Krugman and other stimulus advocates would broadly agree.
Author: Noah Smith Posted at 9:05 PM