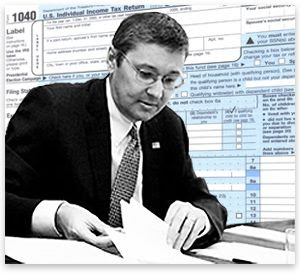 My grand-advisor, Greg Mankiw, is not known to be a big fan of the Democratic party, presumably because they want to raise taxes on the rich, opposing which is one of Greg's causes celebres. However, I wonder if his anti-tax sentiment has bled over into his analysis of other policies undertaken by Democratic politicians.

Here's one example: Today, Greg links approvingly to this Marc Thiessen column in the Washington Post. Thiessen, a Republican operative who is most famous for mounting a spirited defense of government torture, lists a bunch of companies that have received loans or loan guarantees from the Obama administration and have subsequently gone bust. But, as Mankiw must surely know, this list is cherry-picked. There is no similar list of companies that have received such loans or guarantees and have subsequently thrived. Without that other list, how can we evaluate whether Obama has been a "good venture capitalist"? (This is setting aside the issue of whether the government has the same objectives as a venture capitalist in the first place.)

In fact, the evidence shows that the government is pretty good at estimating how many of the companies it supports are going to go bust. In other words, Thiessen's list of failures is about as long as the Obama administration expected the list to be. So Thiessen hasn't really proven much at all.

Here's another example: in a post earlier this week, Greg wrote the following:


[I]t is worth remembering that the Clinton boom was in large measure driven by the dot-com bubble[.]

So not only can I not tell what exactly my grand-advisor means by saying that a "bubble" drove the economy, but it doesn't appear to be something that he claims in his published research.

Furthermore, the claim is far from obvious when you look at history. The robust growth of the 90s began well before tech stocks became overpriced (measured relative to ex post earnings). And productivity, which one assumes is not driven by "bubbles", accelerated strongly starting in the early 1990s. Note that I'm not necessarily crediting Clinton with the 90s boom, I'm just saying that the boom was no illusion.

So to Greg I say: Just because Democrats want to tax the rich doesn't mean that everything they do is a mistake and every Democratic administration is a failure.
Author: Noah Smith Posted at 6:18 PM