America, Land of the Nerds! 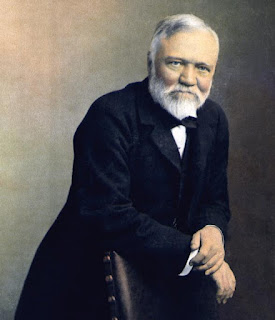 I have a new article over at the Atlantic, co-written with Adam Ozimek of Modeled Behavior. It's all about high-skilled immigration (or "HSI", as we like to call it); basically, we need lots lots lots more of it.

This has been a big deal in the news lately, with Fareed Zakaria doing a whole show about it, and lots of think tanks producing reports like this one. Adam and I thought we had some new thoughts to add to the mix, and we wanted to re-frame the issue as well. In particular, we wanted A) to depict high-skilled immigration as one of America's  key advantages throughout history, and B) to point out how high-skilled immigrants help the situation of working-class Americans (and hence, liberals should be rushing to admit more HSI).


From the very beginning, the United States has enjoyed a unique advantage held by almost no other country on the planet: the ability to attract and retain a huge number of the world's best and brightest. Before independence, for example, America was the beneficiary of perhaps the most elite immigrant group in history. Millions of Scots, who constituted much of the intellectual and technological elite of the British Empire, left Great Britain to seek religious freedom and better economic opportunities in the 13 Colonies. Many of the Founding Fathers, including Jefferson and Hamilton, were partly or wholly descended from that Scottish wave, as were many of America's greatest early inventors, such as Thomas Edison.

Other bursts of "HSI" have proven no less of a windfall. Two waves of Jewish immigrants, one in the early 1900s and another fleeing the Nazis, yielded a multitude of scientists and entrepreneurs. In the late 20th Century, a wave of immigration from Taiwan did the same, giving us (for example) the man who revolutionized AIDS treatment (David Ho), as well as the founders of YouTube, Zappos, Yahoo, and Nvidia. In fact, immigrants or the children of immigrants have founded or co-founded nearly every legendary American technology company, including Google, Intel, Facebook, and of course Apple (you knew that Steve Jobs' father was named Abdulfattah Jandali, right?)...

Our most enduring strength - the thing that sets us apart and ahead - has always been that we are the country where the world's best want to live. In return for the chance to live here, immigrants have time and again helped our nation to maintain its pole position among the nations of the Earth.

And here's the part about the working class:


[T]here is an economic benefit from HSI that should be particularly enticing to liberals: High-skilled immigration works against inequality.

Nowadays, the talk is all about "the 1 percent," top executives, and the finance industry. But equally important is the divergence of America's middle class that occurred in the 1980s. As returns to education skyrocketed, an educated upper middle class pulled away from a medium-skilled lower middle class. The disparity stopped increasing after the 80s, but it has never gone away.

HSI will fight this trend. Boosting the supply of high-skilled workers makes low- and mid-skilled workers proportionately more scarce, increasing their relative incomes. Economist Enrico Moretti finds that earnings of a high school graduate increase 7% for every 10% increase in the percent of people in a city that are college graduates. While having more high-skilled workers around tends to raise everyone's salaries, Moretti's research shows that low-skilled workers benefit four to five times more than college graduates. Even as liberals work to find a way to counteract the problem of the 1 percent, they should view HSI as a step toward turning America back into a true middle-class society.

We also try to name-and-shame Senator Chuck Grassley (R-IA) as one of the people doing the most to hold back a needed reform of HSI policy.