Outsource jobs or insource workers? The choice is clear. 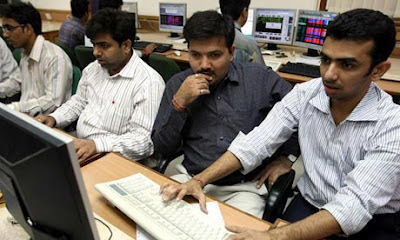 To import or to outsource? That is the question...

The disruptive impacts of globalization initially hammered workers without much education...College students in the United States who major in science, technology, engineering and mathematics – often referred to as STEM fields – definitely face better prospects in the labor market than others do. But even they need to be aware of intensified competition down the road.

Many software engineers and others in the information technology field feel particularly aggrieved about the effects of the H1-B visa program. The computer scientist Norman Matloff, who maintains a Web site on the topic, asserts that [the H1-B program] enables employers to hire younger and less expensive workers, leaving many highly skilled, older programmers in the lurch.

Workers with H1-B visas have a strong incentive to remain with the employer for whom it was issued in order to obtain a green card, allowing permanent residence in the United States, in a timely fashion. As a result, they have relatively little bargaining power.
Professor Matloff, who favors extensive changes to the H1-B visa program, also warns of the growing impact of outsourcing on jobs for computer science majors.

Now, I share some of Norm Matloff's concerns about the H1-B program. The visas force high-skilled immigrants to stay with a single employer in order to get green cards, thus turning these immigrants into a sort of indentured servant class. This should end.

But concerns over the H1-B program should not translate into a general antipathy towards high-skilled immigration. In fact, concern over outsourcing should make us much more supportive of increased HSI.

These are two reasons why it's better to insource high-skilled workers than to outsource their jobs. If I were a programmer, and I had to choose between competing with an Indian guy making $10,000/yr in Bangalore or the same exact guy making $100,000/yr in San Jose and paying taxes to support my kids' schools, you can bet I'd choose the latter!!

(And this is not even mentioning the beneficial effect of high-skilled immigrants on low-skilled American workers.)

Now, here's one possible reply: "Why choose between outsourcing and immigration? Why not just restrict both? Then native-born high-skilled workers will face very little competition from foreigners at all!"

This would be nice, but I don't think it would work. Because it's not true that America's workers would face no competition from their foreign counterparts in such a situation. This is because a lot of our software and technology companies' sales are in foreign markets; they are exports. We sell software and semiconductors and airplanes and business services to Germany and Japan and Australia and China and the UK. And foreign companies - Taiwanese companies, Indian companies, Korean companies - compete with American companies in every one of those markets, no matter how many immigrants America allows in or how much outsourcing we allow. That is competition that we cannot stop.

Right now, the global software industry and the global semiconductor industry are more-or-less dominated by American companies. But that could change. It changed for cars and TVs and batteries in the 70s and 80s. And if it does change for software and semiconductors and aerospace, and if our markets and immigration system are closed, then high-skilled native-born American workers - no matter how well educated and how well trained - will be in big trouble. Their employers, hobbled by high costs and less able to take advantage of clustering effects, will only be able to sell their wares to the domestic American market, which is less than a fifth of the world.

So I don't think we have the option of closing ourselves to immigration AND restricting outsourcing AND taxing imports. Not if we want to maintain anything like our current standard of living, I mean. Instead, we have to choose between outsourcing our high-skilled jobs or admitting more high-skilled immigrants. I think we should choose the latter.
Author: Noah Smith Posted at 10:22 AM