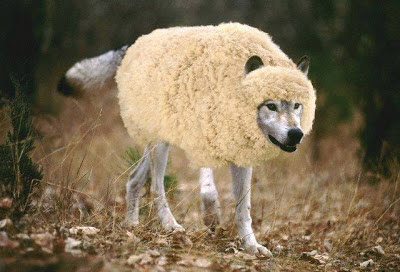 
On macroeconomics, a broad spectrum of economists, ranging from John Maynard Keynes to Milton Friedman, supports the basic premise that recessions are caused by shortfalls in aggregate demand. Economists across the political spectrum agree that the government ought to take action counteract major aggregate demand shortfalls. There is, of course, a lot of disagreement about the details. Friedman argued that the Fed should be responsible for macroeconomic stabilization, while Keynes emphasized deficit spending.

But rather than engaging this debate, a growing number of conservatives have rejected the mainstream economic framework altogether, arguing—against the views of libertarian economists like Friedman and F.A. Hayek—that neither Congress nor the Fed has a responsibility to counteract sharp falls in nominal incomes.

Basically, Lee is saying that freshwater (or "New Classical") macro is essentially a political shibboleth - an intellectual excuse for conservatives to oppose government action, rather than a serious attempt to model economic reality.

This is a point of view I hear expressed more and more frequently, not just in liberal circles, but in libertarian ones as well. It is an accusation that I myself have been unwilling to make, though I don't rule it out either. If this is becoming the conventional wisdom, it represents serious trouble for freshwater macro. Supporters of that school of thought should sit up and take notice.

What's interesting is that conservatives have long viewed Keynesianism as a thinly disguised Trojan horse for socialism. Suggestions that money is non-neutral, that recessions are caused by demand shocks, that the Fed should try to stabilize output, or that Congress should use fiscal stimulus to fight recessions are often waved away as excuses to redistribute wealth. Now, it seems that mainstream American opinion is concluding the exact opposite - that the modeling of recessions as supply shocks is the more politicized assumption.

The financial crisis probably has a lot to do with this, as does the recession. Prices fell in the crash and grew only slowly afterward, making it very hard to portray the recession as a shortage. The financial crisis itself made it difficult for the current generation to accept the idea - central to freshwater analysis - that markets run smoothly when left to their own devices.

But I must say, freshwater macroeconomists have not gone out of their way to eschew political motivations. Casey Mulligan, a well-known labor economist who claims that government benefits caused the slump, entitled his book "The Redistribution Recession" - an obvious jab at liberals. Conservatives who cite "policy uncertainty" as the root of our woes routinely fail to identify the Debt Ceiling Standoff of 2011 as the high point of uncertainty (as serious scholarly analysis suggests), instead focusing on supposed anticipation of socialist redistribution by the Obama administration. And freshwater economists confronted with the question of "Why did the financial crisis of 2008 occur?" routinely state - in the absence of evidence - that the root cause was government policy encouraging lending to poor people.

All of this does not look good in the eyes of people who are not firmly wedded to the conservative movement. It looks like politicization. And while attitudes and statements like this don't prove that RBC models and the like are political sales pitches for laissez-faire policies, they certainly don't do much to discredit the growing ranks of critics who, like Timothy B. Lee, speculate openly that this is the case.

Freshwater macro has an image problem that it really needs to address. People are whispering, but they're not giggling.

Update: A commented asked "Who are the freshwater people?" I had written a big explanation of this, but deleted it because I felt it was pedantic. Briefly, they are mainstream macroeconomists who think that supply shocks are the main cause of business cycles. This includes RBC theorists like Ed Prescott, Charles Plosser, and much of the Minnesota economics dept. Other famous New Classicals include Robert Lucas and Robert Barro. New Classical thinking appears to be strong at Wash U (Steve Williamson, for example, is there, and his work has a freshwater flavor). Tim Kehoe, Robert King, and Randy Wright are some other prominent New Classicals I know of. The freshwater school is also generally held to include Casey Mulligan and other labor economists who argue that labor supply shocks caused the Great Recession. All in all, the New Classicals are a very powerful faction within macro these days, though not quite as influential as the dominant New Keynesians.

Update 2: I'm definitely not saying that all the people listed above are politically conservative. Some are (Mulligan, for instance). Others may not be; people tell me Steve Williamson is politically liberal. But the image exists...to say the image doesn't exist, I'd have to deny reality. Also, I struck Robert King from the "freshwater" list; he did a lot of prominent work in the RBC field, which is the only work of his that I knew, but it has been brought to my attention that he's done work in the "New Keynesian" area as well. It's very difficult, and usually inaccurate, to assign individual people to these "schools".
Author: Noah Smith Posted at 9:02 PM