Macro, what have you done for me lately? 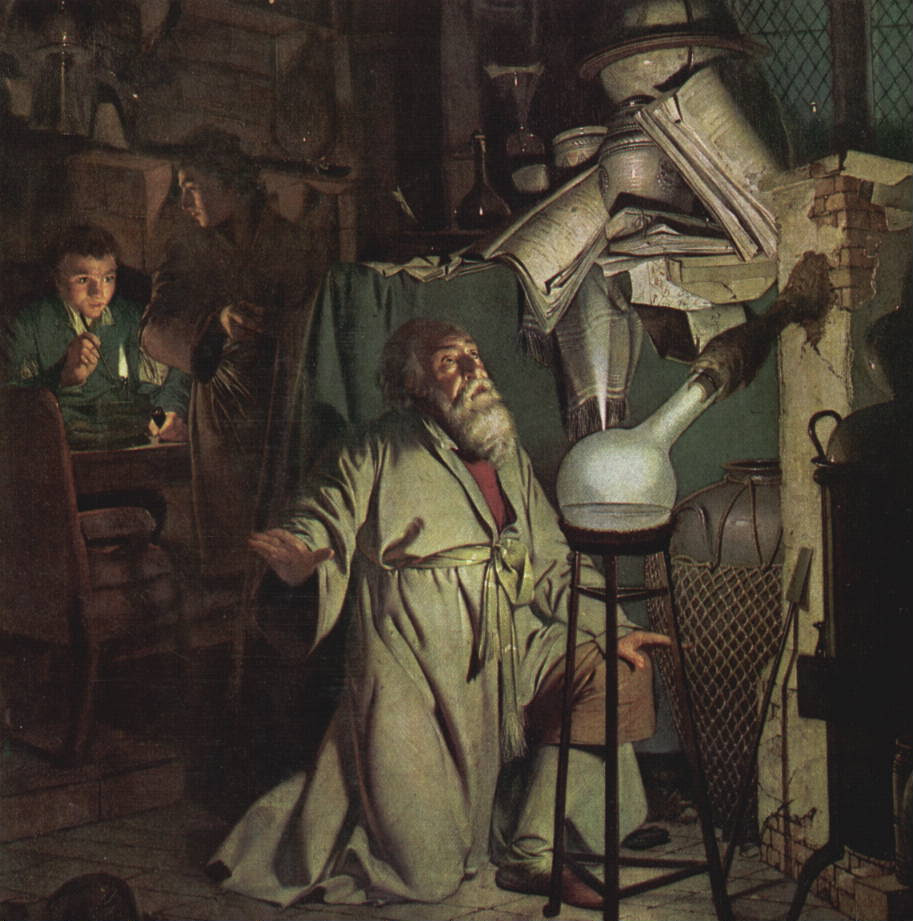 Paul Krugman says the state of macroeconomics is rotten. Steve Williamson disagrees. With apologies, I'll cut-and-paste most of Steve's post:

This is actually a relatively tranquil time in the field of macroeconomics. Most of us now speak the same language, and communication is good. I don't see the kind of animosity in the profession that existed, for example, between James Tobin and Milton Friedman in the 1960s, or between the Minnesota school and everyone else in the 1970s and early 1980s. People disagree about issues and science, of course, and they spend their time in seminar rooms and at conferences getting pretty heated about economics. But I think the level of mutual respect is actually relatively high...

Since the 1970s, it is hard to identify a field called macroeconomics. People who call themselves macroeconomists have adopted ideas from game theory, mechanism design, general equilibrium theory, finance, information economics, etc. to study problems of interest to policymakers and the public at large. Sometimes it's hard to tell a macroeconomist from a labor economist, from someone working on industrial organization problems. What are "freshwater" and "saltwater" macro? No idea...

The truth is that we have all moved on from the macro world of the 1970s. Methods that seemed revolutionary in 1972 are the methods everyone in the profession uses now. The nerds who had trouble getting their papers published in 1972 went on to run journals and professional organizations, and to win Nobel prizes. This isn't some "cult that has taken over half the field," it's the whole ball of wax... (emphasis mine)

Economic science does an excellent job of displacing bad ideas with good ones. It's happening every day. For every person who places obstacles in the way of good science to protect his or her turf, there are five more who are willing to publish innovative papers in good journals, and to promote revolutionary ideas that might be destructive for the powers-that-be. The state of macro is sound - not that we have solved all the problems in the world, or don't need a good revolution.

On the question of whether macro is divided into warring "schools", I'd say Williamson is 85% right, and Krugman only 15%. Yes, there are some systematic disagreements, but they're not very bitter or rancorous, and everyone uses mostly the same "language". The old "freshwater"/"saltwater" distinction is still there to a limited degree among older faculty, but younger faculty don't seem to see much of a dividing line. (Krugman even hints at this when he mentions the fact that "saltwater" and "freshwater" models now look very much alike.) In the blog world you see lots of name-calling and rhetorical fireworks and serious consideration of "fringe" ideas, but in the academic world of conferences and seminars and journals, there seems to be almost none of that.

So if collegiality and similarity of technique are measures of a field's health, then macro is doing quite well. But I feel like there's a larger question: What has macro done for the human race in the last 40 years? How are we better off as a result of all this macro research effort?

(This is the more general version of the question asked by the Queen of England, when she asked why (macro)economists didn't see the financial crisis coming. Sure, some people argue that "financial crises" are inherently unpredictable because of the EMH. But there's no obvious reason why recessions shouldn't be predictable in advance.)

Today, in 2012, do we know much more about the "shocks" that cause recessions than we knew in 1972? I'm not sure we do. The question of whether these shocks are mainly "real" or mainly "monetary" is not settled within the field (as Bob Lucas mentioned in a recent interview). Nor do we seem to know much about how the shocks actually work - usually, macroeconomists just assume the shocks follow a simple random process like an AR(1).

What this means is that the actual cause of recessions is basically still one huge mystery.

What about the question of how the economy responds to the shocks? Even if we don't know much about the cause(s) of recessions, do we understand how recessions play out? I'm not sure we do. We have some empirical observations, of course - we know how much investment tends to vary with swings in GDP, etc. But in terms of impulse responses - i.e. the way the economy would move if all the noise were cleared out of the data - we have as many different guesses as we have macro theory papers. And macro theory papers are as numberless as the stars in the night sky.

What about the question of policy? Do we know how governments can damp out the swings in the business cycle? Here there seems to be very little agreement. Even if macro isn't divided into warring camps shouting at each other, there is nevertheless a huge diversity of opinion on both the efficacy and the proper conduct of monetary policy, fiscal policy, and other recession-fighting measures. That there is no consensus means that the question is still unanswered. Useful technology has not been delivered. It doesn't take an expert to realize that fact. (Update: Well, actually not quite. Constantine Alexandrakis comes up with a couple of important counterexamples; see below.)

So macro has not yet discovered what causes recessions, nor come anywhere close to reaching a consensus on how (or even if) we should fight them.

(As an aside, modern macro models - at least, the DSGE variety - are basically not regarded as useful by private industry, although time-series methods developed for macro, such as vector autoregressions, have seen wide application.)

Given this state of affairs, can we conclude that the state of macro is good? Is a field successful as long as its members aren't divided into warring camps? Or should we require a science to give us actual answers? And if we conclude that a science isn't giving us actual answers, what do we, the people outside the field, do? Do we demand that the people currently working in the field start producing results pronto, threatening to replace them with people who are currently relegated to the fringe? Do we keep supporting the field with money and acclaim, in the hope that we're currently only in an interim stage, and that real answers will emerge soon enough? Do we simply conclude that the field isn't as fruitful an area of inquiry as we thought, and quietly defund it?

And who do we call in to evaluate the health of a science? If we only rely on insiders to evaluate their own field, we are certain to run afoul of vested interest (If someone asked you "How valuable is the work you do", what would you say?). But outsiders often lack the relevant expertise to judge someone else's field.

It's a thorny problem. And (warning: ominous, vague brooding ahead!) it seems to be cropping up in a number of fields these days, from string theory in physics to "critical theory" in literature departments. Are we hitting the limits of Big Science? Dum dum DUMMMM...But no, this question leads us too far afield...


Update: Mark Thoma and Simon Wren-Lewis weigh in on the original Krugman-Williamson debate.

Update 2: Simon Wren-Lewis drops by in the comments to say that yes, macro did produce a policy consensus (basically interest rate targeting by the Fed, with a Taylor Rule type objective function balancing growth stability and price stability), and yes, that policy consensus did help the world, by giving us the Great Moderation, which wasn't perfect but was better than what came before. I guess that's a fair point. But I'd point out that:

A) the New Keynesian models to which Simon is referring were made after the 70s inflation and early-80s Volcker disinflations, and the Great Moderation policies might have been mostly inspired by the Volcker episode rather than by the models that came after it;

B) the New Keynesian "consensus" was always rather fragile, accepted by central banks but pooh-poohed by the academics that Krugman calls "freshwater" macroeconomists; and

C) Taylor-type rules were originally estimated as Fed reaction functions, describing Fed behavior rather than prescribing it (later they became prescriptive when added to Woodford's New Keynesian models), so it seems that the Fed may have been behaving in the way it did in the Great Moderation well before New Keynesian models emerged to endorse the policy.

So I am still very skeptical of the notion that modern macro models motivated the Great Moderation policies rather than just describing them after the fact...But I guess I could be convinced.

Update 3: In the comments, Costas Alexandrakis (CA) points out that the development of the ideas of adaptive expectations (Friedman) and rational expectations (Lucas) helped put an end to the mistaken idea that the Phillips Curve represented a stable, usable policy tradeoff between inflation and unemployment. This is a good point. Exposing the flaws in bad economic policy is just as important as suggesting good economic policy. So this is definitely an exception to my sweeping statement that macro hasn't given us much in the way of policy advice. Also, Costas points out that Lucas' idea of rational expectations helped motivate the Fed's practice of "forward guidance". This I'm not so sure has been effective, but it is definitely another interesting counterexample.

Update 4: Brad DeLong thinks I am using the phrase "techniques of modern macroeconomics" too loosely, and lists a number of questionable Steve Williamson quotes that he thinks should be inconsistent with the true "techniques" of macro. But I think that that doesn't negate the ubiquity of DSGE modeling in modern macro journals and conferences. Steve Williamson certainly does use DSGE in his theory papers, and he certainly does get published...

Update 5: Paul Krugman also says that just because everyone in (mainstream) academia uses DSGE doesn't mean that they're really using the same "techniques"; the content of the models makes all the difference.

Update 6: Scott Sumner comments. He disagrees with my observation that the freshwater/saltwater conflict has waned. His answer to the question of "what causes recessions" is "aggregate demand shocks", but this doesn't really answer the question of what is causing those shocks (of course, Scott Sumner thinks NGDP targeting can perfectly cancel out any aggregate demand shocks, so maybe he doesn't even care where the shocks come from). He agrees that modern macro methods (DSGE models) have given us no useful technology of any kind. And he endorses replacing the current mainstream macro profession with "Market Monetarists" like himself and David Beckworth.

Update 7: Brad DeLong weighs in. He agrees that academic macro hasn't produced useful models (actually I myself wouldn't go quite that far; I think academic macro simply hasn't produced models that we can know are useful in time to use them). He says that economists in the public sphere have been less than helpful since 2008 primarily because of political pressure from the conservative movement.
Author: Noah Smith Posted at 12:22 PM