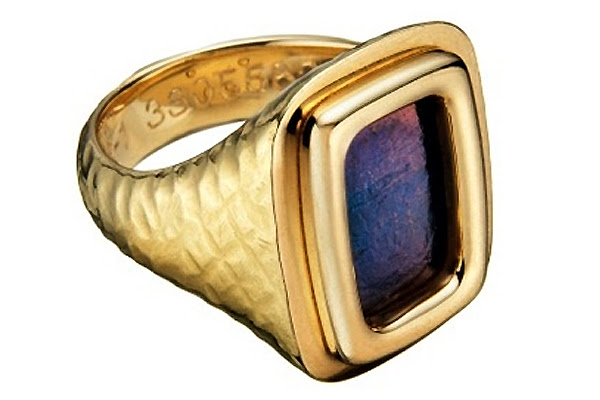 Umair Haque has written an article bemoaning the mediocrity of America. Some excerpts:


[W]hat is America still the best at?

Consider this thought experiment. If you were really, really, really rich — say, not just part of the routinely opulent 1%, but a card-carrying member of the eye-poppingly decadent .01% — what part of your life would be American? If you had the money, I'd bet you'd drive a German car, wear British shoes and an Italian suit, keep your savings in a Swiss bank, vacation in Koh Samui with shopping expeditions to Cannes, fly Emirates, develop a palate for South African wine, hire a French-trained chef, buy a few dozen Indian and Chinese companies, and pay Dubai-style taxes.

Were to you have the untrammeled economic freedom to, I'd bet you'd run screaming from big, fat, wheezing American business as usual, and its coterie of lackluster, slightly bizarre, and occasionally grody "innovations": spray cheese, ATM fees, designer diapers, disposable lowest-common-denominator junk made by prison labor, Muzak-filled big-box stores, five thousand channels and nothing on but endless reruns of Toddlers in Tiaras — not to mention toxic mega-debt, oxymoronic "healthcare," decrepit roads, and once-proud cities now crumbling into ruins. Sure, you'd probably still choose to use Google on your iPhone to surf the web — but that's about far as it'd go.

Snarky response #2: "OK, so if America's government launched a massive project to make sure that our country made the highest-quality, fanciest, most expensive cufflinks in the world, then we'd get a spot on Haque's list right next to British shoes and Italian suits, and so avoid the whole line of criticism?"

Snarky response #3: "British shoes??? Ha ha. Ha. Somebody has a sense of humor."

OK, but enough snark. In all seriousness, I just don't think that making niche brand-name luxury goods for the super-rich is an appropriate measure of greatness. By definition, the 0.01% of which Haque speaks are very rare; even in a world as unequal as ours has become, the middle classes spend most of the money. That's why Toyota is the world's #1 carmaker and Ferrari doesn't even crack the top 20.

In other words, a country doesn't necessarily get rich by catering to the rich. Nor is capturing the adulation of the 0.01% the only measure of a business' technical acumen and quality. Sure, it takes quality workmanship to make a nice luxury shoe. But how much more quality workmanship does it take to make thousands and thousands of Boeing jumbo jets that fly thousands upon thousands of times with a nearly perfect overall safety record? Sure, the super-rich probably turn up their noses at Boeing and fly on Gulfstream private jets (another American company, btw). But Boeing is the higher-tech, more impressive company, because successfully catering to all those middle-class masses is hard. Similarly, Wal-Mart has cheap products and ugly stores, but absolutely amazing logistics. And Caterpillar's machines may dig unglamorously in the dirt, but they are a marvel of engineering compared to even the nicest Italian suit. As for spray-cheese, well, just ask a 5-year-old kid whether she prefers that or a nice glass of South African wine.

Still - and I wouldn't have written this blog post otherwise - I think Haque does make a very good point. America does have a serious problem with our acceptance of bland mediocrity.

It's not our businesses or our products that are mediocre, it's our institutions. Our infrastructure, health care system, schools, and cities are, with a few exceptions, disgustingly mediocre. Haque mentions most of these. He makes a very good point.

Take a trip to Japan, and you'll be stunned at how easy it is to get anywhere. The train system is quiet, clean, comfortable, amazingly convenient, and runs on time. Even if you're out in the boonies and need to take a bus, those are much nicer than their American cousins. And it's nice to be able to use a bullet train to get from Osaka to Tokyo in three hours, without wasting two hours waiting for an airplane. (Note that these trains cater to the middle class, not the super-rich.)

Our health care system, in contrast, is reknowned for its waste. In the case of health care, although the super-rich can enjoy the world's top surgeons, the average American gets worse health outcomes than Europe for a much higher price tag. We're willing to spend the money on health care, but we're not willing to bring in government to control costs.

And don't even get me started on urban blight. Just look at pictures of Detroit.

...Oh, and guess what. America does make the world's fanciest cufflinks. What up now, Britain??
Author: Noah Smith Posted at 9:21 PM