If you get a PhD, get an economics PhD 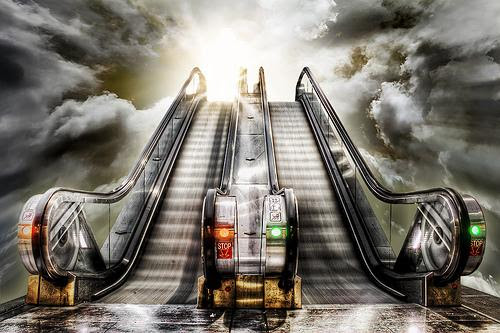 People often ask me: "Noah, what career path can I take where I'm virtually guaranteed to get a well-paying job in my field of interest, which doesn't force me to work 80 hours a week, and which gives me both autonomy and intellectual excitement?" Well, actually, I lied, no one asks me that. But they should ask me that, because I do know of such a career path, and it's called the economics PhD.

"What?!!", you sputter. "What about all those articles telling me never, ever, nerver, nenver to get a PhD?! Didn't you read those?! Don't you know that PhDs are proliferating like mushrooms even as tenure-track jobs disappear? Do you want us to be stuck in eternal postdoc hell, or turn into adjunct-faculty wage-slaves?!"

Basically, I think of PhDs as mostly falling into one of three categories:

1. Lifestyle PhDs. These include math, literature and the humanities, theoretical physics, history, many social sciences, and the arts. These are PhDs you do because you really, really, really love just sitting and thinking about stuff. You work on you own interests, at your own pace. If you want to be a poor bohemian scholar who lives a pure "life of the mind," these PhDs are for you. I totally respect people who intentionally choose this lifestyle; I'd be pretty happy doing it myself, I think. Don't expect to get a job in your field when you graduate, though.

2. Lab science PhDs. These include biology, chemistry, neuroscience, electrical engineering, etc. These are PhDs you do because you're either a suicidal fool or an incomprehensible sociopath. They mainly involve utterly brutal hours slaving away in a laboratory on someone else's project for your entire late 20s, followed by years of postdoc hell for your early 30s, with a low percentage chance of a tenure-track faculty position. To find out what these PhD programs are like, read this blog post. If you are considering getting a lab science PhD, please immediately hit yourself in the face with a brick. Now you know what it's like.

(Note: People have been pointing out that EE isn't as bad as the other lab sciences, with somewhat more autonomy and better job prospects. That's consistent with my observations. But econ still beats it by a mile...)

3. PhDs that work. I'm not exactly sure which PhDs fall into this category, but my guess is that it includes marketing, applied math and statistics, finance, computer science, accounting, and management. It definitely, however, includes economics. Economics is the best PhD you can possibly get.

Why get a PhD in economics? Here's why:

Can I say it any more clearly? An econ PhD at even a middle-ranked school leads, with near-absolute certainty, to a well-paying job in an economics-related field. I believe the University of Michigan, for example, has gone many, many years without having a PhD student graduate without a job in hand.

You will not always get a tenure-track job, though there are a lot more of those available right now than in other fields (thanks, I am guessing, to the nationwide explosion in business schools, which hire a lot of econ PhDs, including yours truly). But if you don't get a tenure-track job, you will get a well-paid job as a consultant, or a well-paid job in finance, or a decently-well-paid job in one of the many, many government agencies that hire armies of economists. All of these are what are commonly referred to as "good jobs," with good pay, decent job security, non-brutal working conditions, and close relation to the economics field.

Now, this may be less true at lower-ranked schools; I don't have the data. I imagine it's not as certain, but still far, far better than for lab science PhDs at similarly ranked schools.

Why do so very few newly minted econ PhDs face the prospect of unemployment? Part of it is due to the econ field's extremely well-managed (and centrally planned!) job market. Part of it is due to the large demand from the lucrative consulting and finance industries. And part is due to the aforementioned proliferation of b-schools. There may be other reasons I don't know. But in an America where nearly every career path is looking more and more like a gamble, the econ PhD remains a rock of stability - the closest thing you'll find to a direct escalator to the upper middle class.


Reason 2: You get autonomy.

Unlike the hellish lab science PhD programs, an econ grad student is not tied to an advisor. Since profs don't usually fund econ students out of grants (few even have big grants), econ grad students mostly pay their way by teaching. This means you usually have to teach, but that is not nearly as much work as working in a lab. Even when a professor does support you with a grant, (s)he generally employs you as a research assistant, and gives you ample time to work on your own research.

Compare this to a lab science PhD, in which you basically do the project your advisor tells you to do, and you succeed or fail in part based on whether your advisor chooses a project that works out. Your destiny is out of your hands, your creativity is squelched, and your life is utterly at the mercy of a single taskmaster. In economics, on the other hand, you can start doing your own original, independent research the minute you show up (or even before!). Profs generally encourage you to start your own projects. Unlike in lab science PhD programs (but like in "lifestyle" PhD programs), your time is mostly your own to manage.

This means that as an econ grad student, you'll have a life. Or a chance at having a life, anyway.


Reason 3: You get intellectual fulfillment.

Econ is not as intellectually deep as some fields, like physics, math, or literature. But it's deep enough to keep you intellectually engaged. Econ allows you to think about human interactions, and social phenomena, in a number of different intellectually rigorous ways (e.g. game theory, incentives, decision theory, quantification of norms and values, bounded rationality, etc.). That's cool stuff.

In econ, furthermore, you get exposed to a bunch of different disciplines; you get to learn some statistics, a little math, some sociology, a bit of psychology, and maybe even some history.

Also, as an economist, your status as an intellectual will not disappear when you get a job. Even if you go to work as a consultant or a financier, your thoughts will be welcomed and considered by economists in the blogosphere. And you can even publish econ papers as a non-academic.

In fact, it's also worth pointing out that econ is a field in which outsiders and mavericks are able to challenge the status quo. This is in spite of the econ profession's well-known deference to intellectual authority figures. The simple fact is that econ, you don't need money to advance new ideas, as you do in biology or chemistry. And you don't need math wizardry either, as you would if you wanted to introduce new ideas in physics.


Reason 4: The risk of failure is low.

In economics PhD programs, the main risk of failure is not passing your prelim exams. This happens to a substantial fraction of people who get admitted to econ programs (maybe 25% or fewer at Michigan). But if you flunk out, you get a complimentary Master's degree, which is probably worth the 2 years that you'll have spent in the program. And after you pass the prelims, there is little risk of not finishing a dissertation; unlike in most fields, you do not have to publish to graduate.


Caveats about the econ PhD

Of course, I don't want to make it seem like the econ PhD is an utterly dominant strategy for life fulfillment. There are some caveats that you should definitely take into account.

First, there is the fact that an econ PhD program is still a PhD program. That means, first of all, that you will be in poverty in your late 20s. That is not fun for most people (some "lifestyle PhD" students and bohemian artists excepted). Also, econ PhD programs force you to manage your own time, while giving you very little feedback about how well or badly you're actually doing. That can be stressful and depressing.

Second, be aware that the culture of economics is still fairly conservative, and not in the good way. Econ is one of the few places in our society where overtly racist and sexist ideas are not totally taboo (Steve Landsburg is an extreme example, but that gives you the general flavor). Discrimination against women, in particular, probably still exists, though I'd say (or I'd hope, anyway) that it's on the wane.

Finally, there is the fact that if enough people read and believe this blog post (ha!), it will cease to be true. There's a piece of economics for you: as soon as people become aware that a thing's value is greater than its price, they will start bidding up the price. But information diffuses slowly. Expect the econ PhD to lose its luster in five to ten years, but that still gives you a window of time.


Anyway, despite these caveats, the econ PhD still seems like quite a sweet deal to me. And compared to a hellish, soul-crushing, and economically dubious lab science PhD, econ seems like a slam dunk. There are very few such bargains left in the American labor market. Grab this one while it's still on the shelves.

Convinced? Well here's your next step: Miles and Noah's Guide to Getting Into an Econ PhD Program!


Update: Here's a 1999 paper documenting that the econ PhD is, economically speaking, a really good deal. Also, here is Bryan Caplan saying some very similar things back in 2005.


[E]ven going to the abysmally ranked [econ]department that I go to I have no worries at all about getting a good job after I graduate. It may not be an academic job, but that's fine by me (or if it's an academic job it might be in a policy department rather than an econ department).

Another anecdote supporting the thesis that even econ PhDs at low-ranked schools don't worry much about employment...
Author: Noah Smith Posted at 12:40 AM