Do Savers Need to be Saved? 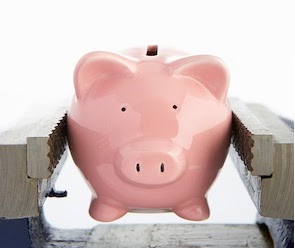 The Bank of England is following the Federal Reserve and the ECB in adopting forward guidance. Bank of England Governor Mark Carney announced that the Bank will not raise interest rates until the jobless rate--currently 7.8%-- falls to 7% or below. According to the Monetary Policy Committee (MPC), this state-contingent forward guidance implies that interest rates are likely to remain at the current 0.5% rate for about three years.

The backlash against this announcement of continued low rates is particularly strong and vocal in the UK, where an organization called Save our Savers is campaigning against "artificially low interest rates." The organization writes, "Although the financial crisis was caused by debt, the Bank’s policy continues to favour borrowing at the expense of saving." This sentiment appears, sometimes in more subtle forms, in the US too. Perhaps the most notable counterpoint to Save our Savers is Frances Coppola, who has this to say about low interest rates and savers:


"The desire of savers to be compensated for loss of purchasing power is understandable but wrong...Savers have no right whatsoever to expect to receive a higher rate of return than the ability of the economy to generate that return. If the economy is growing at 0.6%, the risk-free rate of return cannot be any higher than that. If savers want higher returns they have to put their money at risk.

At the moment savers have unreasonable expectations. They expect to have returns on their savings far above the current level of economic growth, and they also expect to have their savings protected from loss. But the only way savers can have risk-free returns above the growth rate of the economy is by others - most likely government - taking on debt. It's rent-seeking, frankly... In calling for higher interest rates, savers are effectively demanding that there should be no recovery. And in killing off such unreasonable expectations, Carney is doing us all a favour."

Savers who have low intertemporal elasticity of substitution are not very willing or able to shift their consumption forward in time to benefit from the fact that current consumption has been made cheaper relative to future consumption. Thus they have special reason to hate low interest rates because they amount to lower income. The most commonly cited example of this type of saver is a person who is retired or nearly retired:


"Obviously, for retirees who are living in part on investment income, low rates have an immediate impact on their standard of living. With few prospects to add to whatever they've managed to set aside in their retirement nest eggs, retirees are largely at the mercy of banks and other financial providers that determine how much interest they're willing to pay their customers on their investment balances."

Hearing about these retirees is particularly compelling and makes it seem like low interest rates are violating an implicit social contract. Coppola says that "savers have unreasonable expectations." Is it unreasonable for for people who have worked and saved for years to expect a decent standard of living in retirement? Well no, it is not unreasonable, but higher interest rates are not the way to meet that expectation. Decent standards of living for retirees should be part of the social contract, but should be promoted through programs that target retirement security and/or consumer protection directly, and not through interest rate policy. (Just as financial stability should be promoted directly through regulatory policy, not through interest rate policy.)

Plus, not all savers are in the same boat as these retirees. For some people, the substitution effect dominates. Higher interest rates would encourage the more intertemporally elastic folks to spend less today, which would have majorly bad implications. Being unemployed hurts your income even more than getting a low return on your savings does.

To get a clearer picture, it is useful to plot the "good time to save" index along with the "good time to spend" index, also from the EC Consumer Survey. Before 2008, the two indices had a mildly negative correlation coefficient of -0.34. Very roughly speaking, in bad times people favored saving and in good times they favored spending. But now? After 2008, the correlation coefficient is 0.40. Now it's so bad that both indices are low. It's a bad time to be a saver, and it's also a bad time to be a spender. People don't have extra money to save or to spend, and until the labor market improves, they won't. Raising the interest rates cannot possibly be helpful in this situation.