Metaphysics and the Breaking Bad Finale 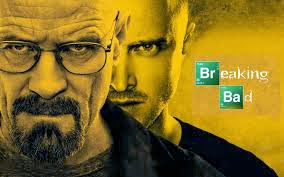 If we spirits have offended, think but this and all is mended
That you have but slumbered here, while these visions did appear

Last weekend was the series finale of Breaking Bad, the critically acclaimed drama about an Albuquerque chemistry teacher who becomes a meth dealer after being diagnosed with cancer. From what I can gather, most fans were satisfied by the show's resolution. There is a small but growing cadre of viewers, however, who found parts of the episode a bit unrealistic, and have responded by arguing that the ending was in fact all a dream. Here, for example, is Emily Nussbaum:

[H]alfway through, at around the time that Walt was gazing at Walt, Jr., I became fixated on the idea that what we were watching must be a dying fantasy on the part of Walter White, not something that was actually happening—at least not in the “real world” of the previous seasons. … I mean, wouldn’t this finale have made far more sense had the episode ended on a shot of Walter White dead, frozen to death, behind the wheel of a car he couldn’t start? Certainly, everything that came after that moment possessed an eerie, magical feeling—from the instant that key fell from the car’s sun visor, inside a car that was snowed in. Walt hit the window, the snow fell off, and we were off to the races. Even within this stylized series, there was a feeling of unreality—and a strikingly different tone from the episode that preceded this one.


This isn’t the first time that a show or movie has inspired some creative theorizing. The end of The Sopranos sparked debates over whether Tony Soprano had or had not been killed at the moment after the episode ended. Fans and critics alike engaged in elaborate exegesis over whether Leonardo DeCaprio was awake or dreaming at the end of Inception. And the ending of Lost, well, what can you say.

These sorts of arguments come so naturally to people that it is easy to gloss over a certain strangeness underlying the whole debate. Breaking Bad, after all, is a work of fiction. Walter White does not exist. As such, it’s not entirely clear what it means to say make claims about what happened to him or other fictional characters outside explicit descriptions of what happened on the screen.

This sort of attitude is perhaps best expressed by the late novelist Douglas Adams (of Hitchhiker’s Guide to the Galaxy fame). Responding to a fan question about some detail of Arthur Dent’s life not mentioned in his books, Adams responded:


The book is a work of fiction. It’s a sequence of words arranged to unfold a story in a reader’s mind. There is no such actual, real person as Arthur Dent. He has no existence outside the sequence of words designed to create an idea of this imaginary person in people’s minds. There is no objective real world I am describing, or which I can enter, and pick up his computer, look at it and tell you what model it is, or turn it over and read off its serial number for you. It doesn’t exist.

On one level, Adams is perfectly correct. Still, there is something unsatisfying about this point of view. It’s not clear that one could enjoy fiction were it to be held consistently. 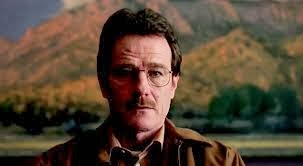 You may say I'm a dreamer, but I'm not the only one.

Okay, so that's a bit of a mouthful, but basically Lewis is saying that the claim "Walter White froze to death at the end of Breaking Bad" is true if a world in which that happened is closer to the actual world than a world in which everything before that point depicted in the show happened and he did not die in that way (the bit about collective beliefs is to deal with a situation where a society might have factually wrong beliefs that are depicted in the story, e.g. the solution to the Sherlock Holmes story "Adventures of the Speckled-Band" is based on an error about snakes, but Lewis doesn't think we should therefore conclude that Holmes got the wrong man).

This, however, poses a bit of a problem. There are, after all, plenty of fictional tales containing elements that are implausible or even impossible in our world. A world in which everything past the first couple of scenes of Buffy the Vampire Slayer was a dream would be more similar to the actual world than a world in which it all really happened (and this isn’t simply because the viewers of Buffy mistakenly thought that vampires were real). On the other hand, it’s not clear that Lewis is entitled to rule out dream explanations per se. After all, there are works of fiction where large portions of the narrative turn out to be a dream (the ninth season of Dallas perhaps being the most famous example).

So while I don’t find the Breaking Bad dreamers’ arguments terribly plausible, their theories seem to have done something I would have thought even less plausible, namely, refute one of the Twentieth Century’s most capable philosophers.
Author: Josiah Neeley Posted at 4:02 PM