Rationality: The Issue Is Not the Issue 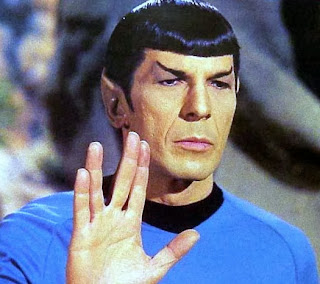 The latest round of sort-of-Nobels, awarded to Fama, Hansen and Schiller for work on (or in Hansen’s case related to) the dynamics of asset markets, has brought up once again the question of whether economic models should assume that individuals are rational.  Mark Thoma makes the case for rationality as a reference assumption which we can vary to see how the real world might differ from the “ideal” one.  Undoubtedly, the politics of the Fama-Schiller divide map into intuitions about rationality and the role of the state.  In the Fama/freshwater world people are rational, and the government can succeed only by duping them, which it can do only temporarily at long-term cost.  In the Schiller/saltwater world people are less than fully rational, and careful government action can improve market outcomes over some potential time horizons. Thus the intensity with which otherwise rational people debate rationality.

Here I would like to propose that the rationality dispute, while important, is not that important (an obscure reference to Lewis Mumford on Wilhelm Reich).  In fact, for most macroeconomic questions whether or not you assume individuals are rational has almost no bearing at all.  Here is an off-the-top-of-my-head list of modeling assumptions modern macroeconomists make that are not about rationality but actually drive their results.

1. Market-clearing equilibria are stable everywhere.  This is the default assumption.  The main departure that gets invoked to yield “Keynesian” outcomes is delayed adjustment to clearing, as in a two period model where adjustment occurs with a lag.  Another is the use of steady-state outcomes in matching models of the labor market, in which wages adjust to achieve a constant ratio of unemployed workers to job vacancies.  But stability concerns run deeper.  (a) Many markets appear to adjust to a permanent state of excess supply; in fact this is one of the hallmarks of a capitalist economy, just as permanent shortages result from central planning.  We don’t have a good understanding at the present how this works, and this includes not having a good understanding of the adjustment process.  (b) Expectations feed back into the adjustment process of markets through changes in the valuations people give to surpluses and shortages, as Keynes noted in The General Theory.  The difficulty in drawing up realistic models of expectation formation with heterogeneous agents is not just a matter of identifying the location of an equilibrium but also its stability properties.  (c) The Sonnenschein-Debreu-Mantel result is about the stability of multi-market equilibrium.  It says: in general they aren’t.  Rather, out-of-equilibrium trading generates path dependence.

2. Firms are long run profit-maximizers.  It is convenient to be able to treat households and firms symmetrically, but firms are not individuals.  (And households are not individuals either, but that may or may not wash out at the macro level.)  The structure of incentives that translates individual choice into the collective choice of organizations can hardly be assumed to achieve perfect correspondence between one and the other.  As we’ve seen, this issue is especially acute when financial institutions are involved.

3. Default does not occur in equilibrium.  This is a corner solution and therefore intrinsically implausible.  Rational decision-makers will usually accept some positive default risk, which means that defaults can and will happen; they are not disequilbrium phenomena.  Gradually we are beginning to see models that consider the systemic implications of ubiquitous default risk.  In the future, I hope that no macro model without default will be taken seriously.

4. All uncertainty is statistical.  No it’s not.  And any model in which, for instance, individuals fine-tune today’s consumption as part of a maximization that includes their consumption decades later, based on a calculable lifetime expected budget constraint, is grossly implausible.  Similarly with long-lived investments.  This is the point of Keynes’ animal spirits, and it strikes at the heart of conventional intertemporal modeling.

5. There is no interdependence among individuals or firms other than what is channeled through the market.  Everything else is a matter of simply adding up: me plus you plus her plus Microsoft plus the local taco truck.  We live in isolated worlds, only connecting through the effects of our choices on the prices others face in the market.  This assumption denies all the other ways we affect one another; it is very eighteenth century.  In all other social sciences it has disappeared, but in economics it rules.  Yet non-market interconnections matter mightily at all levels.  There are discourses in asset markets, for instance: different narratives that compete and draw or lose strength from the choices made by market participants and the reasons they give for them.  Consumption choices are profoundly affected by the consumption of others—this is what consumption norms are about.  The list of interactions, of what makes us members of a society and not just isolated individuals, is as long as you care to make it.  Technically, the result is indeterminacy---multiple equilibria and path dependence—as well as the inability to interpret collective outcomes normatively (“social optima”).  Also, such models quickly become intractable.

6. Rational decision-making takes the form of maximizing utility.  Utility maximization is a representation of rational decision-making in a world in which only outcomes count and all outcomes are commensurable.  This is another eighteenth century touch, this time at the level of individual psychology.  Today almost no one believes this except economists.  It is not a matter of whether people are rational, by the way, but what the meaning and role of rationality is.  It is not irrational to care about processes as well as outcomes, or to recognize that some outcomes do not trade off against others to produce only a net result.  (This is what it means to be torn.)  The utilitarian framework is a big problem in a lot of applied micro areas; it is less clear what damage it does in macro.  I suspect it plays a role in wage-setting and perhaps price setting in contexts where long-term supplier-customer relationships are established.  We have a few models from the likes of George Akerlof that begin to get at these mechanisms, but their utilitarian scaffolding remains a constraint.

These are enormous problem areas for economic theorizing, and none of them are about whether or not people are “irrational”.  Rather, taking in the picture as a whole, debates over rationality seem narrow and misplaced.  Alas, the current Riksbank award will tend to focus attention on the status of the rationality assumption, as if it were the fault line on which economic theory sits.

I don’t want to be a complete curmudgeon, however.  I think microeconomics is steadily emerging from the muck, thanks to an ever-increasing role for open-minded empirical methods.  Not only is the percentage of empirical papers increasing at the expense of theory-only exercises, but the theoretical priors within empirical work are becoming less constraining as techniques improve for deriving better results from fewer assumptions.  Macro is another story, though.  Here the problem is simply lack of data: there are too many relevant variables and too few observations; traction requires lots of theory-derived structure.  If the theory is poor, so is the “evidence”.  How do we escape?
Author: Peter Dorman Posted at 3:32 PM