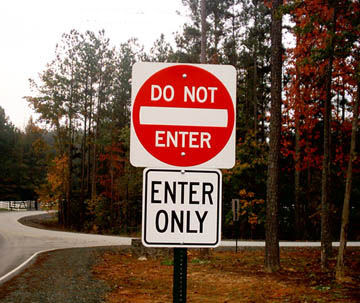 A lot of people thought it was strange, and a little funny, to see the 2013 Econ Nobel Prize awarded to two people (Gene Fama and Robert Shiller) whose theories contradict each other, and who hold deeply opposing views of the way the world works. But if you think that's odd, you should see the juxtaposition in macroeconomics. You can actually see Shiller's work as building on Fama's, however accustomed the two men are to arguing with each other. But the 2004 and 2011 Econ Nobels went to people whose work, and worldviews, really just can't be reconciled.

The 2004 prize went partly to Ed Prescott, the inventor of Real Business Cycle theory. That theory assumes that monetary policy doesn't have an effect on GDP. Since RBC theory came out in 1982, a number of different people have added "frictions" to the model to make it so that monetary policy does have real effects. But Prescott has stayed true to the absolutist view that no such effects exist. In an email to a New York Times reporter, he very recently wrote the following:

“It is an established scientific fact that monetary policy has had virtually no effect on output and employment in the U.S. since the formation of the Fed,” Professor Prescott, also on the faculty of Arizona State University, wrote in an email. Bond buying [by the Fed], he wrote, “is as effective in bringing prosperity as rain dancing is in bringing rain.”

Wow! Prescott definitely falls into the category of people whom Miles Kimball and I referred to as "purist" Freshwater macroeconomists. Prescott has made some...odd...claims in recent years, but these recent remarks were totally consistent with his prize-winning research.

But the 2011 prize went partly to Chris Sims, inventor of a number of time-series and Bayesian econometric techniques. As Tony Yates also pointed out on Twitter, Sims' work shows that monetary policy does have real effects. From the conclusion of Sims' Nobel lecture:

Interest rate changes engineered by open market operations do have substantial effects on the economy, both on real output and inflation...Effects of monetary policy on output are fairly quick; effects on inflation take longer to play out.

It is not possible to see Sims' work as an expansion on or a correction to Prescott's; the two methodologies are not even related. The conclusions are diametrically opposed. It's as if the Nobel Prize in Physics went to one person who made a theory saying that electricity doesn't exist, and then seven years later was awarded to a person who took measurements showing that electricity does exist. That seems like it would never happen.

Now, the way out of this contradiction is to say that Prescott's contribution was mostly methodological - that the modeling technique he invented in the process of making his theory has since been used to obtain results that agree with Sims'. But in fact, the Nobel committee explicitly said that Prescott and his co-author were awarded the 2004 prize "for their contributions to dynamic macroeconomics: the time consistency of economic policy and the driving forces behind business cycles" (emphasis mine). TThe prize was awarded for the content of Prescott's model, not just the technique.

Also notice that this is not the first time this has happened. The Econ Nobel has also been awarded to Friedrich Hayek, Milton Friedman, and James Tobin, all of whom had different, mutually contradictory explanations for the business cycle.

So I conclude that the Econ Nobel Prize is a really weird institution. It makes one wonder how seriously we should take the prize.

In case you're wondering, Prescott is clearly swimming against the tide here. Most economists would agree that monetary policy does have real effects, at least in many situations.


Prescott is wrong.  It is NOT an established fact the monetary policy has no effect on economic activity. The balance of the evidence suggests the opposite.  Monetary policy seems to have clear measurable effects on the economy.

He goes on to say some interesting and (in my experience) accurate things about top scholars in the econ field. In the comments, he offers the following conjecture:


Another thing that I should mention is that pride and ego are always factors when you are talking to academics (and the pride effect is probably even greater for Nobel Prize winners). Prescott’s view of his own research contribution is probably quite different from the general view of his contribution. The evidence is now pretty clear that productivity shocks don’t really have anything to do with the business cycle but Prescott may be very reluctant to openly admit this. His statement about monetary policy might be his way of “doubling down” on his earlier claim that the business cycle could be caused by real shocks.

Krugman has some really spot-on thoughts about how much we should (or shouldn't) listen to the Nobel-endowed. Fully endorse.
Author: Noah Smith Posted at 10:53 PM