Why does America have potholed roads, low taxes, and high inequality? 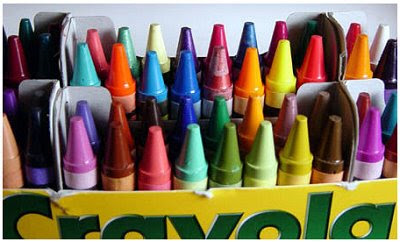 Compared to Japan, Germany, Korea, the UK, and France, America is not very good at providing public goods. Why? One reason might be geographic diversity. We're just so big and spread out that a LOT of bargaining is needed in order to get stuff done at the federal level, or even the state level. That bargaining is going to result in inefficiency even when we do agree to spend money.

But here's another reason: ethnic diversity. William Easterly, Alberto Alesina, and Jenina Matuszeski have found that in African countries, more ethnic diversity is correlated with governments that provide fewer public goods. This is consistent with the stories we hear out of Africa - post-colonial fantasy countries filled with feuding tribes, where the tribe in power focuses on raiding the coffers instead of improving the nation. But in case you think it's specific to Africa, realize that Easterly and Alesina have found something similar in U.S. cities.

No one knows for sure why this effect happens. I could speculate, but I'm not going to.

Regardless of the reason, though, it seems like we can see the Easterly-Alesina effect at work in America. I'm mainly talking about one ethnic division: the black-white divide. At least since the 1970s, the Republican party has successfully raised opposition to government spending among large numbers of white people, especially in the South and in rural areas, by convincing them that government spending is mostly racial redistribution from whites to blacks. Talk to a Republican voter about government spending, and this idea will come out pretty quickly. If you don't believe me, just do a Google search for "racial redistribution".

It's not really true, of course; white people receive about the same number of dollars in benefits that they pay in taxes. But the meme persists, and it looks uncomfortably like the kind of thing that Easterly and Alesina document. Interestingly, many Republicans also seem to think that government shifts money from whites to Hispanics, when actually the reverse is probably true. The negative attitude that America's right-wing minority has toward blacks has partially spilled over into their attitude toward Hispanics. That's bad news.

Of course, libertarians and other small-government enthusiasts will note that America doesn't just have less public good provision than other rich countries - we also have lower taxation and less wealth redistribution. Since taxes and means-tested transfers probably reduce economic efficiency to some degree, lovers of small government might celebrate America's black-white division as the only thing that saves us from being Sweden. Of course, our relative lack of redistribution also means we have greater inequality than other rich countries.

So the next question is: What about immigration? Actually, immigration seems very different. First of all, immigrants by definition choose their country of residence, as opposed to the hapless African tribes stuck together by careless imperial map-makers. Second, America is very welcoming to immigrants; by about a 2 to 1 margin, Americans think immigration is a good thing (we are much less positive about illegal immigration, though that too may be changing now that the big Mexican illegal immigration boom is over). So it seems likely that immigration will not impair the functioning of government nearly as much as ethnic divisions among the native-born.

And in fact, evidence backs this up. A new Cato study finds that immigration doesn't increase the size of the welfare state. That means that it probably also doesn't cause very much of the Easterly-Alesina effect.

And actually, if you think about it, America is a whole nation of immigrants. We have much more ancestral ethnic diversity than most of those basket-case African countries, but we have much better public good provision. That shows that America is actually very good at mixing diverse ethnicities into one large national identity. Tribal divisions don't usually survive our cultural melting pot.

So we should not worry about ethnic divisions resulting from immigration. Of course, we should still do everything we can to encourage the rapid acceptance of new immigrant groups.

But that leaves the big problem of America's black-white division - especially the black-Southern white division that is rooted in the history of the old Confederacy. The shibboleth of "racial redistribution" will continue to motivate many Southern and rural whites to vote for strongly anti-government politicians who will be able to use "veto points" like the filibuster to reduce the effectiveness of American government.
Author: Noah Smith Posted at 5:40 PM