"Land of the brave" no more? 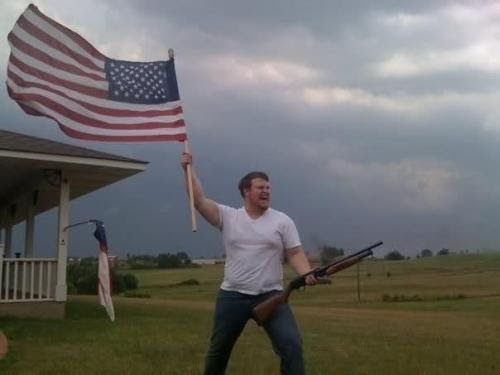 I really like this Megan McArdle piece about risk-taking:


If you can’t try something new in 10th grade, when can you? If you can’t afford to risk anything less than perfection at the age of 15, then for heaven’s sake, when is going to be the right time?...

Now is when this kid should be learning to dream big dreams and dare greatly. Now is when she should be making mistakes and figuring out how to recover from them. Instead, we’re telling one of our best and brightest to focus all her talent on coloring within the lines...

Now, more than ever, we view a college degree as an absolute prerequisite for a minimally decent life. And if we’re in the upper middle class, it has to be a degree from an elite school...To keep their kids from falling off the side, [parents are] pushing them harder than ever.

Is American risk-taking really decreasing? Well, it's hard to say. Despite the popularity of Silicon Valley startups in the news, the rate of new business formation has fallen steadily since the 80s. Americans are less likely to try to switch jobs than before. Discount rates implied by stock prices haven't fallen much, but I'm not sure that tells us a lot.

But anyway, let's assume it's true, and that America has on the whole become a more timid nation. Why might this be happening?

1. No social safety net. America has less of a social safety net than most rich European and Anglophone countries. Especially since welfare reform in 1996, economic failure has dire consequences. If your business or risky career path falls through, you'll have no health insurance (well, at least til Obamacare kicks in), and you could even find yourself on the street. Jacob Hacker calls this the Great Risk Shift.

2. Income inequality + income stagnation + social preferences. The big runup in inequality since 2000 has mostly been about the top 0.1%. But in the 1980s - when the rate of new business formation started to fall - there was a much broader increase in inequality. The middle class spread out, and that raises the penalty of failure. If you don't break into that $100k-and-up income bracket, you'll be stuck in $30k service-sector-land. Add to that the fact that incomes for the lower part of the distribution have flatlined since 1980, while incomes for the top brackets have soared; a career failure means, more than ever, that you'll be much poorer than your peers.

3. Labor market segmentation. In America, if you're unemployed for longer than six months, you have a much worse chance of getting a job Also, the college wage premium has increased - if you don't go to a decent school, good luck getting a decent job. This is a weaker version of what has happened in Japan. It seems like both college and the duration of unemployment have become important signaling devices. Fall off the "success" wagon, and good luck getting back on.


These three explanations don't involve any increase in Americans' risk aversion; they simply mean that risks have increased. But what if risk aversion is increasing too? I can think of a couple reasons for this:

4. High-Investment Parenting. America's upper-middle-class has largely adopted a parenting strategy that Richard Reeves calls "High-Investment Parenting". With relatively low fertility rates among the upper middle class, this kind of parenting strategy makes sense. But it could mean that parents are going out of their way to discourage their precious kids to take risks.

5. The Internet. I noticed something odd recently. Japanese people are traveling to America less, and when you ask them why, they often cite violence as the reason, even though violence in America has declined dramatically in the last two decades. But thanks to the internet, there's a lot more information available about the violence that does exist, and by the availability heuristic, this will tend to make people more worried about it. In the same way, Americans may be more acutely aware of the real consequences of failure, thanks to the internet, and this may be scaring them.


So the question is, what do we do to encourage Americans to take more risks? Well, the internet is here to stay, and High-Investment Parenting seems like a very good thing overall. So the best way to boost risk-taking seems to be to decrease the downside risks of failure - by establishing a social safety net (including universal health care), and by doing whatever we can to fight labor market segmentation (I'll admit I'm not sure how to do that, but there must be ways). It's a lot easier to be the "land of the brave" when you've got a whole army behind you.
Author: Noah Smith Posted at 9:56 PM