Entrepreneurship and the pricing of uncertainty 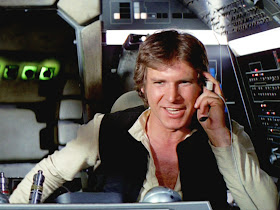 Felix Salmon has a good post about entrepreneurship, most of which is a riff on Gideon Lewis-Kraus' new book No Exit. The upshot:


Founding a Silicon Valley startup, then, is a deeply irrational thing to do: it’s a decision to throw away a large chunk of your precious youth at a venture which is almost certain to fail. Meanwhile, the Silicon Valley ecosystem as a whole will happily eat you up, consuming your desperate and massively underpaid labor, and converting it into a few obscenely large paychecks for a handful of extraordinarily lucky individuals. On its face, the winners, here, are the people with the big successful exits. But after reading No Exit, a different conclusion presents itself. The real winners are the happy and well-paid engineers, enjoying their lives and their youth while working for great companies like Google. In the world of startups, the only winning move is not to play.

Now, I don't think it's as bad as all that. There are definitely people out there who are similar to the hapless, hopeless, helpless team profiled in No Exit, but there are also a lot of entrepreneurs who are just doing what they love, who have extra energy and love to work, who deeply believe in the mission of what they do, or who have day jobs (a LOT of entrepreneurs spin off from big companies). Most entrepreneurs I know are genuinely happy with what they do. But Lewis-Kraus is capturing something real and important that is happening in America's economy.

What's happening is that the return to uncertainty is going down.

"Uncertainty", also called "Knightian uncertainty", is like risk, but not quite the same. Risk is when you can calculate the probability of gains and losses, like when you play roulette or blackjack. Uncertainty is when you don't know the odds. Frank Knight observed that entrepreneurship involves a lot more uncertainty than risk. When you start a new business, you don't really know how to calculate the odds that your idea will succeed - whether personal computer users will embrace a graphical user interface, whether people will want to post their pictures on a social network, etc.

In finance, risk is priced - you have to pay someone to play Roulette, or they won't play (unless they just love gambling). So riskier assets earn higher returns, on average. But Knight's insight is that uncertainty is also priced - the fabulous wealth that some entrepreneurs earn must be compensation for taking a bet where they didn't even know the odds.

Psychology experiments suggest that people don't like uncertainty. They want to know the odds. That's probably one reason why in the past, entrepreneurship paid more on average than working for someone else. But what Lewis-Kraus and Salmon are suggesting is that the new culture of entrepreneurship has changed the equation, giving people an unrealistically rosy estimate of their (unknown, and unknowable) chances of success. In other words, Lewis-Kraus and Salmon suggest that the returns to uncertainty - to the willingness to challenge the Universe, and damn the odds - are declining, at least in Silicon Valley and in the IT industry. Uncertainty, in the language of finance, might be getting overpriced.

Depending on the role of entrepreneurship in the economy, that could be a good thing. But for the legions of entrepreneurs who are giving up comfy careers because the VC industry and the personal stardom of people like Mark Zuckerberg have convinced them that the Universe is on their side, it might be a bad deal. Han Solo didn't want to know the odds, but maybe you should.
Noah Smith Posted at 5:04 PM
Share