We don't know why recessions or inflations happen 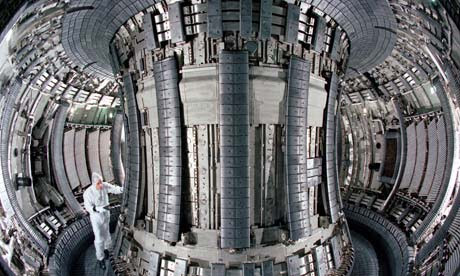 At Bloomberg, I make the case that business cycle theory is just one of those areas where humanity has not yet been able to make much progress:


Fusion power, they say, is 30 years away…and always will be. Scientists figured out long ago that duplicating the power of the sun would provide us with almost limitless energy. But again and again, we’ve thrown our best brains at the problem and they’ve bounced off it like ping-pong balls.

Macroeconomics is a little like fusion power. When the Great Depression hit, economists finally started taking booms and busts seriously. There’s no denying that something weird happens when a country slips into recession -- all the same factories and offices and people and ideas are there, but suddenly people aren’t producing as much stuff. Why? John Maynard Keynes, Friedrich Hayek and Irving Fisher wrestled with this question in the 1930s, and their work kicked off a decades-long quest to understand what we now call the business cycle. But almost a century later, despite sending some of our best brains up against the problem, we’ve made frustratingly little progress.

It’s hard to overstate how few solid conclusions have emerged out of a century of macroeconomic research. We don’t even have a good grasp of what causes recessions...

The stuff in the article will not be anything new to Noahpinion readers, but it brings a lot of different threads together. Read the whole thing here!
Author: Noah Smith Posted at 7:39 PM