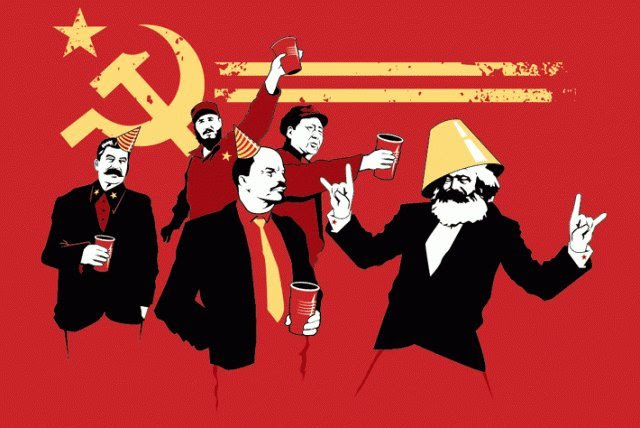 Boy, do people like arguing over whether "Keyneisanism" is right or wrong.

I suspect that much of the motivation for John Cochrane to write this latest blast comes from his ongoing personal feud with Paul Krugman, generally acclaimed as the champion of "Keynesianism". Of course, the Wall Street Journal eats it up, since to most WSJ readers, "Keynesian" is a code-word for "commie" (thanks, Friedrich Hayek). The result of these two forces is an article which has a few good points buried deep inside it, but which is mostly wrong.

No government is remotely likely to spend trillions of dollars or euros in the name of “stimulus,” financed by blowout borrowing.

Sure, but that's always true. Then when the crash comes, "everyone's a Keynesian in a foxhole," as Robert Lucas said. A few weeks later and everyone is back on the austerity bandwagon. This is a time-stationary process, dude. Fiscal stimulus ain't dead, it's pinin' for the fjords.

Keynesians told us that once interest rates got stuck at or near zero, economies would fall into a deflationary spiral. Deflation would lower demand, causing more deflation, and so on.

Well, that's a good point! Where IS the deflation? When you have to patch up a theory after every contrary fact, you get a degenerating research program. See also: Every other macroecnomics research program.

Our first big stimulus fell flat, leaving Keynesians to argue that the recession would have been worse otherwise. George Washington’s doctors probably argued that if they hadn’t bled him, he would have died faster.

By what measure did the stimulus "fall flat"? Arguing about macro counterfactuals may be a mug's game, but a Booth Business School survey of economists found that 92% thought the ARRA lowered the jobless rate. Check out the list. That's an awful lot of well-respected doctors saying bleeding worked. Maybe they're all wrong! I wouldn't be surprised, given how little we really understand macro.


With the 2013 sequester, Keynesians warned that reduced spending and the end of 99-week unemployment benefits would drive the economy back to recession. Instead, unemployment came down faster than expected, and growth returned, albeit modestly. The story is similar in the U.K.

But didn't a 3% sales tax hike send Japan spiraling into recession? Oh, the competing anecdotes! WHO DO I BELIEVE??


Keynesians forecast depression with the end of World War II spending. The U.S. got a boom.


The Phillips curve failed to understand inflation in the 1970s and its quick end in the 1980s, and disappeared in our recession as unemployment soared with steady inflation.


Hurricanes are good, rising oil prices are good, and ATMs are bad, we were advised: Destroying capital, lower productivity and costly oil will raise inflation and occasion government spending, which will stimulate output. Though Japan’s tsunami and oil shock gave it neither inflation nor stimulus, worriers are warning that the current oil price decline, a boon in the past, will kick off the dreaded deflationary spiral this time.

This is a good point! Liquidity trap models with all those paradoxes are hard to square with reality. though Japan's growth did certainly rise after the 2011 tsunami and has been rising faster than America's since, and they've switched from deflation to inflation, so that might not have been the best example. Generally natural disasters lead to a growth boom due to rebuilding, though you don't need a liquidity trap model to get that.


I suspect policy makers heard this, and said to themselves “That’s how you think the world works? Really?” And stopped listening to such policy advice.

Well I suspect policymakers would be caught dead in bed with Siamese twins before they'd open up a New Keynesian DSGE paper and try to work out its implications, but hey.


Keynesians tell us not to worry about huge debts

Except in, say, Krugman's paper with Eggertsson, which is all about how debt is baaaad. I guess Cochrane means government debt. But I have heard self-identified Keynesians say that government debt isn't as bad as private debt after a recession, and that governments should run deficits in busts and then do austerity in booms. Is that crazy?


Stimulus advocates: Can you bring yourselves to say that the Keystone XL pipeline, LNG export terminals, nuclear power plants and dams are infrastructure?


Can you bring yourselves to mention that the Environmental Protection Agency makes it nearly impossible to build anything in the U.S.?

This is not necessarily a good point, but it is closely related to a very good point, which is that infrastructure costs are weirdly high in the U.S., and environmental review is part of that (but it's local NIMBY landowners, not the EPA).

...Wait, what did this have to do with Keynesians? Oh, yeah, I forgot. Commies, etc.


Now you like roads and bridges. Where were you during decades of opposition to every new road on grounds that they only encouraged suburban “sprawl”? If you repeat in your textbooks how defense spending saved the economy in World War II, why do you support defense cutbacks today? Why is “infrastructure” spending abstract or anecdotal, not a plan for actual, valuable, concrete projects that someone might object to?


Keynesians tell us that “sticky wages” are the big underlying economic problem. But why do they just repeat this story to justify inflation and stimulus? Why do they not advocate policies to undo minimum wages, labor laws, occupational licenses and other regulations that make wages stickier?


Inequality was fashionable this year. But no government in the foreseeable future is going to enact punitive wealth taxes.

Wait, how is this related to stabilization policy? Besides COMMIES, I mean.

So here is my assessment of Cochrane's column:


For a more reasonable Cochrane discussion of fiscal stimulus, I recommend this 2012 blog post, and of course, Cochrane's paper on New Keynesian models.

Also: I stole the title of this blog post from @cellsatwork on Twitter, and I'm not sorry.
Author: Noah Smith Posted at 7:20 PM