Some sadistic person or another referred me to this 51-page Deirdre McCloskey review of Thomas Piketty's book. I must remember to find who that person is and either play a mean prank on them in return, or demand that they buy me an expensive lunch. Fair is fair.

Deirdre McCloskey is the kind of writer who can take a perfectly fine sentence like "Capitalism has made humanity rich," and mutate it into a horror show like this:


Since those founding geniuses of Classical economics, a trade-tested betterment (a locution to be preferred to “capitalism,” with its erroneous implication that capital accumulation, not innovation, is what made us better off) has enormously enriched large parts of a humanity now seven times larger in population than in 1800, and bids fair in the next fifty years or so to enrich everyone on the planet.

I don't know about you, but I bid fair to give up well before page 51 of that locution.

But my main problem with Ms. McCloskey is not the poorly executed flowery baroque writing style, or even the reminder that plenty of people mistake flowery baroque writing for good writing. It's that McCloskey frequently makes declarations that are, to put it politely, in contradiction of the facts. She says these things with utmost confidence but without evidence or support, making it clear that the fact that she has said them is evidence enough. She argues from authority, and the authority is always herself.

Reading and critiquing McCloskey's thoughts on Piketty would be a bad move for me. First of all, it would require me to read dozens more pages of McCloskey than I have already read. Second, it would require me to know more about Piketty than I do (I haven't read Capital, nor do I own it). Third, it would turn the discussion political, which would detract from the main point of this post, which is that McCloskey is prone to silly-talk. Fourth, it would get very very very long, and you would get very very very bored.

So instead, I will simply critique the first three pages of the review, which are an introduction to the rest of the piece. McCloskey uses this introduction to praise Piketty, to compare him to physicists, and to insult most of the economics profession.

Here are nine excerpts that made my head explode:


[E]conomic history is one of the few scientifically quantitative branches of economics. In economic history, as in experimental economics and a few other fields, the economists confront the evidence (as they do not for example in most macroeconomics or industrial organization or international trade theory nowadays).

And with a wave of her pen, Deirdre McCloskey dismisses the entire existence of the vast fields of empirical industrial organization, trade empirics, and empirical macro. Such is the power of argumentum ad verecundiam sui.

So I guess it was useless for Liran Einav, a Stanford economist who studies empirical IO, to write this in 2010:


The field of industrial organization has made dramatic advances over the last few decades in developing empirical methods for analyzing imperfect competition and the organization of markets. These new methods have diffused widely: into merger reviews and antitrust litigation, regulatory decision making, price setting by retailers, the design of auctions and marketplaces, and into neighboring fields in economics, marketing, and engineering. Increasing access to firm-level data and in some cases the ability to cooperate with governments in experimental research designs is offering new settings and opportunities to apply these ideas in empirical work.

After all, what does Einav know of his field? Deirdre McCloskey has said that Einav's field does not look at the evidence, and thus it is Truth.

Also, the Gravity Model of trade, often praised (by lesser lights, naturally) as one of the most empirically successful theories of all time, must now sadly be consigned to the graveyard, since Deirdre McCloskey has declared that trade theory fails to confront the evidence.


When you think about it, all evidence must be in the past, and some of the most interesting and scientifically relevant is in the more or less remote past...

[Piketty] does not get entangled as so many economists do in the sole empirical tool they are taught, namely, regression analysis on someone else’s “data” (one of the problems is the very word data, meaning “things given”: scientists should deal in capta, “things seized”).

Let's forgive the flamboyant vacuousness of the statement "When you think about it, all evidence must be in the past". Let's briefly mention the fact that that trivially true statement in no way implies the second part of the sentence. And then let's move on to the fact that the two halves of the above quote are diametrically opposed to each other.

If scientists should seize "capta" instead of receiving "data", doesn't this make economic history unscientific? I mean, you can't do any experiments on history, can you? Are there any historical capta? McCloskey is barely finished praising her own field for looking at evidence when she scorns other fields for looking at very similar kinds of evidence!


Piketty constructs or uses statistics of aggregate capital and of inequality and then plots them out for inspection, which is what physicists, for example, also do in dealing with their experiments and observations.

I wonder what else physicists do in dealing with their experiments and observations. Use computer software programs to display the statistics? Print out their plots on paper sheets for inspection? Sip coffee and check Twitter? I could be like a physicist too! Except I hate coffee, dammit.


Nor does [Piketty] commit the other sin, which is to waste scientific time on existence theorems. Physicists, again, don’t. If we economists are going to persist in physics envy let’s at least learn what physicists actually do.

Wow, I'm glad that I have Deirdre McCloskey to tell me what physicists actually do. I'd hate to rely on an unreliable source like Google Scholar, who sneakily tries to convince me that physicists write papers with titles such as:

"Vortex condensation in the Chern-Simons Higgs model: an existence theorem"

"General non-existence theorem for phase transitions in one-dimensional systems with short range interactions, and physical examples of such transitions"

"A Sharp Existence Theorem for Vortices in the Theory of Branes"

Thanks to Deirdre McCloskey's expansive sentence structure and snappish wit, I can safely assume that the 699,000 results for my Google Scholar search for "physics existence theorem" do not, in fact, exist (while the 417,000 results I get for "economics existence theorem" must be regarded as real). In addition, I can get a partial tuition reimbursement for the portion of my college physics education I spent watching professors prove existence theorems on the board.


[Piketty] does not commit one of the two sins of modern economics, the use of meaningless “tests” of statistical significance[.]


Piketty stays close to the facts, and does not, say, wander into the pointless worlds of non-cooperative game theory, long demolished by experimental economics.

Oh, right. Noncooperative game theory was demolished. Apparently Google and a bunch of other tech companies failed to get the memo when they hired auction theorists to design their online auctions for them.

Or perhaps by "demolished," McCloskey means "embraced by mathematicians, computer scientists, and engineers."

But DEIRDRE MCCLOSKEY SAYS THINGS, AND THUS THEY MUST BE TRUE!! 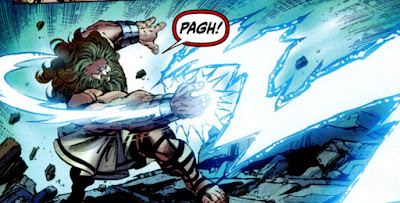 
True, the book is probably doomed to be one of those more purchased than read...younger readers will remember Stephen Hawking’s A Brief History of Time (1988).

Deirdre McCloskey realizes that A Brief History of Time is only 212 pages long and has a lot of pictures, right?

It's always good to remember that just because you talk about books without having read them doesn't mean that everyone else does the same.


To be fair to Piketty, a buyer of the hardback rather than the Kindle edition is probably a more serious reader, and would go further.

This comes immediately after McCloskey claims that people buy books in order to display them on their coffee tables - something that you can't actually do with a Kindle version. Yet McCloskey now claims that hardback readers are more likely to be serious readers (utterly without evidence, of course). Her baseless belittling stereotypes logically contradict her earlier baseless belittling stereotypes! Look, people. When I read snappy put-downs, I at least want a little internal consistency.


I shall say some hard things, because they are true and important

Usually I just let people assume that I think the things I'm saying are true and important. McCloskey feels the need to remind us that she endorses her own assertions.


So let me recap: All of these quotes came from the first three pages of a review that is 51 pages long. In three short pages, McCloskey manages to unfairly malign almost every branch of economics, make mutually contradictory assertions about how economists should use evidence, make false statements about physics that could have been corrected with a 5-second Google search, randomly insult a good popular physics book, and randomly insult Kindle readers, all in a mass of tangled, overwrought prose.

Yeah, there's no way I'm going to read 48 more pages of that. In fact, I'm not sure why I clicked on this link at all, given that everything else I've read of McCloskey's has been in the same vein (here's another example). Fool me twice, shame on me. Fool me five or six times, and you need a better hobby.

There is a clear lesson in all this: Do not believe things that Deirdre McCloskey says just because she says them. Google them. Find the facts. Do not nod your head in mute, placid agreement. Do not be seduced by the turgid prose style into thinking that here is an Authority.
Author: Noah Smith Posted at 3:50 AM