Is radical leftism a trap for minorities? 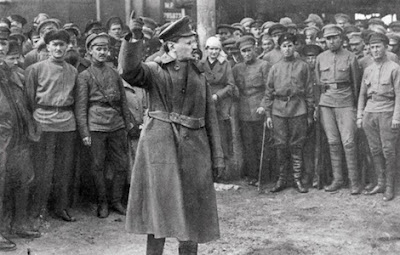 I was struck by Cornell West's negative reaction to Ta-Nehisi Coates' new book, Between the World and Me. This line in particular caught my attention:


Coates can grow and mature, but without an analysis of capitalist wealth inequality, gender domination, homophobic degradation, Imperial occupation (all concrete forms of plunder) and collective fightback (not just personal struggle) Coates will remain a mere darling of White and Black Neo-liberals, paralyzed by their Obama worship[.]

I've seen a bit of this idea among humanities folks before - the idea that the only way that racial minorities will win true freedom is with a revolution that overthrows capitalism.

I kind of think that this idea is a trap that helps keep minorities down.

First of all, I agree with Jamelle Bouie that racial disparities in America - and everywhere, really - are about a lot more than class. Attempts to define the struggle of black people for social equality as simply one more case of the eternal Marxian struggle of the proletariat against the capitalist overclass fundamentally miss a lot of the important reasons why black people struggle in America. It's not just because they're poor and capitalism hurts the poor. (This is also the glum conclusion of the protagonist in the novel Invisible Man, who joins a communist-type organization called the Brotherhood, only to realize that racism can't really be understood through the lens of class conflict.)

But also, taking a historical perspective, I doubt that the strategy of anti-capitalism will do anything to help minorities. The example I'm thinking of is my own ancestors: Jews in Europe. Now, Jews were not a racial minority per se, but in an age when religion was mostly inherited, they were somewhat similar to one. European Jews were persecuted for millennia - regularly attacked and massacred, excluded from many types of economic of activity, kept from holding political power, etc.

This approach - an early version of what you might call a "model minority" strategy - seems not to have worked very well, at least for a long time. Many Jews got rich - so much so that Jews developed a stereotype as being wealthy - but the massacres and exclusion continued in many places.

Some European Jews took a different tack at the beginning of the modern age. They signed on to the new international communist/socialist movement that was sweeping the continent. Some Jews, like Marx, even helped define the movement. Eventually, this movement turned into violent anti-imperialist revolution in Russia. Many Jews, like Leon Trotsky, joined the Russian Revolution and helped successfully overthrow imperialism.

Unfortunately, this didn't really work either. Jews continued to suffer extreme and often violent discrimination and exclusion in the Soviet Union. The leftist gambit failed - it turned out that social inequality was about a lot more than the imperialist system. It seems pretty clear that a similar thing would happen with black people in America if we ever experienced our own version of the Russian Revolution. Cornell West's anti-capitalist "fightback" would be a disaster for black people.

So what did eventually work for Jews? Moving to tolerant societies. In the Netherlands and England, discrimination still existed, but there were no massacres. Eventually, as societies became richer and more democratic, even social exclusion was reduced. Britain even had a Jewish prime minister - Benjamin Disraeli. In the modern day, many Jews moved to the United States, where anti-semitism was never more severe than the various other frictions between ethnic and religious groups.

And within these tolerant societies, Jews (mostly) didn't try to overthrow capitalism - they worked within the system, doing essentially the same thing they had done in medieval Europe. But with the advent of modern capitalism, this strategy bore a lot more fruit than before. Jews have, overall, flourished economically in the U.S. without suffering the discrimination and violence that used to accompany it.

Obviously, direct application of the "model minority" solution is not going to work for African Americans, since this country for historical reasons has entrenched discrimination against black people in a way that it doesn't have against Jews (or Asians, or Hispanics, or Italians, etc.).

But anti-capitalist revolt is not going to work either. It's a seductive mirage that will only destroy those who chase after it. Capitalism isn't a cuddly, friendly system, but its destruction tends to lead to things far more baleful.

Leftism, as a philosophy and worldview, has suffered enormous setbacks in the past few decades, because communist countries both A) collapsed, and B) were revealed as being nightmarish to live in. A natural strategy for proponents of hardcore leftism - at least, those who choose not to do the sensible thing and moderate their views - would seem to be to try to co-opt oppressed racial minorities, telling them that their social exclusion is due to capitalism.

But ultimately, hopping on the radical leftist boat will hurt minorities. And I suspect that leftists in the humanities are doing minorities no favors by trying to convince them that radical leftism is their only hope, when in fact it is a self-defeating strategy.

So what will work? If history is any guide, the only option is to increase tolerance. I don't pretend to know how to increase tolerance. For immigrant groups, it seems to naturally fade over time, especially if those groups 1) organize to fight discriminatory policy, and 2) make a bunch of money. For African-Americans, intolerance seems much more entrenched. I don't pretend to know how to get rid of it, but I am pretty sure that a militant overthrow of capitalism would make things much, much worse.
Author: Noah Smith Posted at 3:50 PM