Is the EMH research project dead? 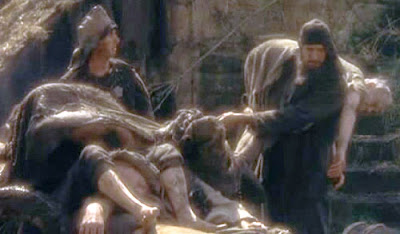 
[I]t is, I think, worth stepping back to recognize how very little is left of the original efficient market hypothesis project, and how far the finance community has drifted--nay, galloped--away from it, all the while claiming that it has not done so...

The original EMH claim was...[y]ou can expect to earn higher average returns [than the market], but only by taking on unwarranted systematic risks that place you at a lower expected utility...

[But f]inance today has given up any preference that the--widely fluctuating over time--expected systematic risk premium has anything to do with [risk]...It is very, very possible for the average person to beat the market in a utility sense and quite probably in a money sense by [buying portfolios of systematically mispriced assets].

Is DeLong right? Is the Efficient Markets research project dead?

Well, no. Models that explain time-varying risk premia (really, time-varying excess returns) as the result of time-varying utility are far from dead. The finance academia community doesn't use these models exclusively, but they are still very common. Probably the most popular of these is the "long-run risks" model of Bansal and Yaron (2004), which relies on Epstein-Zin preferences to produce time-varying risk aversion. As far as I am aware, lots of people in finance academia still consider this to be the best explanation for "excess volatility" (the time-series part of the EMH anomalies literature). In a different paper from around the same time, Bansal et al. claim that this approach can also explain the cross-section of expected returns.

(Note: As Brad mentions in the comments, Epstein-Zin preferences are different from Von Neumann-Morganstern expected utility. It represents a departure from the standard model of risk preferences, but not from the core idea of the risk-return tradeoff.)

So the idea of explaining asset returns with funky risk preferences is not dead by any means. But this literature does seem to have diverged a bit from the literature on factor models.

As soon as multifactor models like Fama-French started coming out, people pointed out that they weren't microfounded in economic behavior. There was no concrete reason to think that size and value should be associated with higher risk to the marginal investor. EMH-leaning supporters of the models - like Fama himself - waved their hands and suggested that these factors might be connected to the business cycle, and thus possibly to risk preferences. But in the end, it didn't really matter. The models seemed to work - they fit the data, so practitioners started using them.

But since factor models aren't explicitly connected to preferences, there's no reason not to simply treat apparent mispricings as factors in a factor model. Really, the first example of this was "momentum factors". But the new Stambaugh and Yuan paper takes this approach further. From their abstract:


A four-factor model with two "mispricing" factors, in addition to market and size factors, accommodates a large set of anomalies better than notable four- and five-factor alternative models...The mispricing factors aggregate information across 11 prominent anomalies...Investor sentiment predicts the mispricing factors...consistent with a mispricing interpretation and the asymmetry in ease of buying versus shorting. Replacing book-to-market with a single composite mispricing factor produces a better-performing three-factor model.

Stambaugh and Yuan take the "mispricing factors" approach further than in the past, by looking at limits to arbitrage and at investor sentiment. Limits to arbitrage and investor sentimennt are microfoundations - they are an explanation of mispricing factors in terms of deeper things in the financial markets. In other words, Stambaugh and Yuan aren't just fitting curves, as the momentum factor people were. This is behavioral finance in action.

Now this doesn't mean that the EMH research project is dead. First of all,  Stambaugh and Yuan still have to compete with papers by Bansal and other people working on the EMH research project. Second of all, increased attention to the "mispricing factors", or decreases in the institutional limits to arbitrage, may make them go away in the future. Third, risk-preference-based factors may still coexist with mispricing factors. And fourth, even if the mispricing factors are robust, the EMH is still a great jumping-off-point for thinking about financial markets.

So I think the rise of mispricing factors doesn't really signal the death of the EMH research project. What I think it signals is that finance researchers as a group are open-minded and eclectic, unwilling to restrict themselves to a single paradigm. Which I think is a good thing, and something econ people could stand to learn from...
Author: Noah Smith Posted at 4:44 PM