How to actually redistribute respect 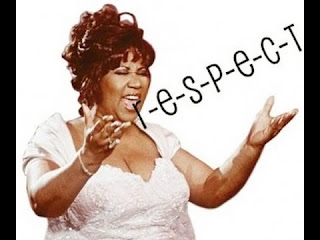 A while ago, I wrote a blog post called "Redistribute wealth? No, redistribute respect." That could have been the title of a speech Paul Ryan gave recently. I especially liked this part:


There was a time when I would talk about a difference between “makers” and “takers” in our country, referring to people who accepted government benefits. But as I spent more time listening, and really learning the root causes of poverty, I realized I was wrong. “Takers” wasn’t how to refer to a single mom stuck in a poverty trap, just trying to take care of her family. Most people don't want to be dependent. And to label a whole group of Americans that way was wrong. I shouldn’t castigate a large group of Americans to make a point. So I stopped thinking about it that way—and talking about it that way.

This is a hugely important step toward increasing American society's respect for the poor and the working class. Language matters, of course - Ryan's speech is almost certainly a rebuke to Kevin Williamson's disgustingly elitist article in National Review. But much more importantly, Ryan is actually starting to go and look up close at poor and working class people, talk to them, see how they live, and understand their problems. Good for Ryan.

But that is only a first step toward really respecting the poor and the working class. What are the next steps toward a respectful society?

Words are important, but they need to be backed up with beliefs. Truly respecting poor and working class people means believing that they are mostly taking government assistance for reasons that most of us would find respectable - to support their kids and parents, to help themselves through what they think are temporary difficulties, to keep up their health, to get an education and a good job, etc. It also means believing that poor people are basically rational - not totally rational, because no one is, but not substantially less rational than middle-class and rich people.

If you believe these things, you will be more likely to support a social safety net. That doesn't mean we should stop worrying about the work disincentives created by high implicit rates of income taxation for poor people. But it does mean we should drop any and all attempts to paint the poor as undeserving due to bad morals, laziness, or stupidity. And all else equal, it should make us more likely to support things like food stamps, child care tax credits, public housing, health assistance, etc. - and the taxes to pay for them. In other words, the opposite of the economic plans that Paul Ryan is pushing right now.

Beyond the social safety net, there are many important ways that Americans could turn our country into a more respectful one.

For one thing, upper class people could stop trying to segregate themselves from the working class. Gated communities? Development restrictions that stop cheap housing from being built in high-income areas? Private schools? How about less of that stuff.

Even more importantly (in my opinion), we could start respecting people of different races, genders, sexualities, etc. Institutional unfairness, bigotry, stereotypes and harassment are all manifestations of deep disrespect for whole swathes of Americans.

Racist jokes at the Oscars? Cut that out. Hiring people based on having white-looking resumes? Make a conscious effort not to do that. Sexual harassment of women in science? No more of that. Aggressive online harassment of women? Just hit yourself in the head with a brick every time you get the urge to do that. Etc. etc. To say nothing of the racism of the police and the justice system, which is a huge manifestation of deep societal disrespect for black Americans.

Donald Trump and Ted Cruz? No American who is genuinely respectful of other Americans has any business voting for those jerks.

The above is mostly aimed at people on the right, but the left could do some things as well. How about not writing posts about "America's white male problem"? How about respecting freedom of speech on campus, even the views of Trump supporters? How about not echoing Kevin Williamson's elitist tripe in the pages of Salon? I'm not trying to draw an equivalence here between the left and the right, but everyone should do their part in creating a more respectful society.

See? There are lots of things we can do. I stand by my statement that respect is a bigger problem in America than raw economic inequality. Imagine a country where the rich are willing to send their kids to school with the kids of the poor, where poor people can walk past the houses of the rich without being escorted out by a security guard, where the wealthy are happy to have the government use some of their income to buy food for the poor. A country where black people can get a job as easily as white people of the same qualifications, where women don't get harassed by men all day, where black people don't get persecuted by police or treated unfairly by juries, where Asians get promoted just as easily as whites. A country where income, wealth, race, gender, education level, etc. don't affect your social status one bit.

Let's create that country, and then let's have a debate about redistributing wealth. I bet if we lived in that classless, fair society, pressure for socialism would essentially vanish. But there's only one way to find out.
Author: Noah Smith Posted at 5:58 PM