More about the Econ 101 theory of labor markets 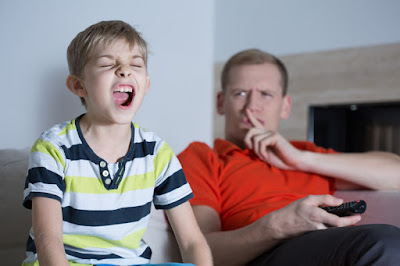 I've received many good responses to my post about the "Econ 101" (undifferentiated competitive partial equilibrium short run) theory of labor markets. But there are a couple responses that I got many times, which I think are worth discussing in detail.

To recap: I pointed out that the Econ 101 theory can't simultaneously reconcile the small sizes of the labor market responses to immigration shocks and minimum wage increases. I said this implies that the Econ 101 theory isn't a good way to think about labor markets, and that instead we should pick another go-to mental model - general equilibrium, or search and matching theory, or monopsony, etc.

Two common responses I got were:

2. "Labor is probably very heterogeneous, so one S-D graph shouldn't have to fit both these facts at once."

The first response is a very good one. I like it a lot. What it means is that we should always think about labor markets in terms of general equilibrium, not partial equilibrium.

An essential part of partial equilibrium thinking (or as David Andolfatto likes to call it, "Marshall's Scissors") is that the supply and demand curves can shift independently of each other. This is not apparent just from drawing the graphs, but if you think about it, it's obvious. If any shock - a storm, a policy change, a change in the price of a substitute or complement, etc. - shifts both curves in the same direction, the effect of shocks on both price and quantity will be indeterminate. Econ 101 doesn't allow you to reason from a price change, but it should allow you to reason from a price change and a quantity change.

Immigration shifts labor demand because of general equilibrium effects. Realizing that more labor is now available in a certain city, more companies will move there or start up there, in order to take advantage of the demand for goods and services from the new immigrants. That will push the price of labor back up to where it was before the immigrants came. If that shift happens quickly, studies won't show any sizable dip in wages from the influx of immigrants. General equilibrium is harder to think about than partial equilibrium (quick mental exercise: what are the general equilibrium results of a minimum wage hike?), but in the case of labor, the evidence shows that the simpler theory just won't cut it.

OK, on to response #2. It might be the case that immigrants don't compete directly with native-born workers, but fill economic niches that previously were mostly left unfilled. It might be that if we sliced the data in just the right way, we could find a slim subgroup of people whose wages are clobbered by immigration. In fact, George Borjas has tried to do exactly this. But any properly trained empirical researcher will recognize this as data mining.

Meanwhile, some people claim that minimum wage and immigration affect two very different segments of the labor market. That's certainly possible, but both types of studies are usually about low-wage, low-education workers. Many limit themselves to teenagers, and find the same thing. How much more granularity do you want?

The problem with invoking extreme heterogeneity to explain seemingly incommensurate labor market facts is that it turns predictive theory into useless just-so stories. Assuming unobservable characteristics - or mucking around in the data til you find some that seem to work - introduces free parameters into the model, meaning it can never really be compared with data. Heterogeneity assumptions are just the proverbial epicycles. Without some assumptions about which segment of the labor market the theory applies to, the Econ 101 theory becomes totally useless.

So while some degree of labor market heterogeneity is real, the more it gets invoked, the more it weakens the overall theory. Theories should always be penalized for sticking in more parameters.

Anyway, those were two thoughtful and interesting categories of responses. I also got a few that were...well...a little less deep.  ;-)
Author: Noah Smith Posted at 8:07 PM