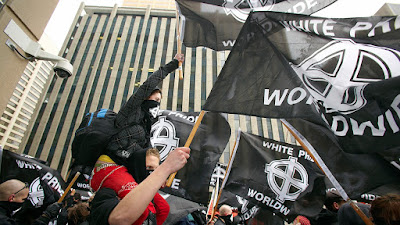 That worries me. Nation-states might have fought each other in wars, but they were incredibly effective in the 20th century in terms of providing public goods, improving social justice, and giving people a feeling of togetherness and commonality. International racial and religious movements will almost certainly be much worse at the first two of those tasks. A world defined not by borders but by online identity groups will be a deeply dysfunctional world, I predict. Whatever the sins of nationalism, I think history shows that militant trans-national movements are far more dangerous - they also commit mass violence, but they fail to provide the public goods and institutions that make life good in peacetime.
Author: Noah Smith Posted at 3:26 PM