Niall, the British Empire is over. Accept it. 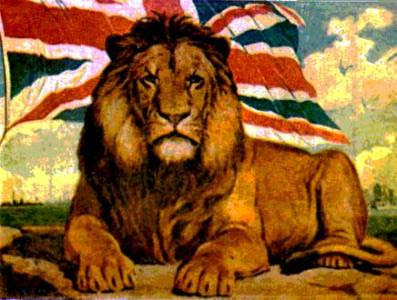 I have been known to tease a fellow blogger or two, but there is really only one writer who makes me truly mad, and that is British historian Niall Ferguson. I will explain exactly why he makes me so mad at the end of this post. First, though, I want to say a few words about Mr. Ferguson's cover story in Newsweek magazine, entitled "Hit the Road, Barack". I should note that it imposes a heavy psychic cost for me to do so, since it requires that I actually read Niall Ferguson. But the public duty to expose BS and promote truth and intellectual honesty overrides such selfish concerns.

First, Ferguson alleges that Barack Obama has broken a bunch of his campaign promises:


[T]he question confronting the country...is whether the winner [of the 2008 election] has delivered on his promises. And the sad truth is that he has not..

[Obama] promised to “build the roads and bridges, the electric grids, and digital lines that feed our commerce and bind us together.” He promised to “restore science to its rightful place and wield technology’s wonders to raise health care’s quality and lower its cost.” And he promised to “transform our schools and colleges and universities to meet the demands of a new age.” Unfortunately the president’s scorecard on every single one of those bold pledges is pitiful.

First, I'll just quickly note that the American Recovery and Reinvestment Act contained substantial funding for infrastructure. So Ferguson, when he says that Obama has not built infrastructure, is simply asserting something that is not true. In the parlance of my generation, he is "spouting BS".

Next, let's examine the hypocrisy of the critique. Paul Ryan, the man about whom Ferguson says many glowing things (almost ignoring Romney), has proposed to cut infrastructure spending fairly dramatically. So Niall Ferguson is criticizing Obama for not promoting infrastructure enough, even as he praises a man who wants to gut infrastructure. Does this make any sense? Only if you accept "Obama must be defeated" as an axiom, which Ferguson does. Otherwise, no.

Next, we come to a pair of enormous, glaring, bald-faced self-contradictions. First, in the following passage, Ferguson derides Obama's stimulus as ineffectual, and lambastes him for increasing the deficit:


By the end of this year, according to the Congressional Budget Office (CBO), [the U.S. federal debt in public hands] will reach 70 percent of GDP. These figures significantly understate the debt problem, however. The ratio that matters is debt to revenue. That number has leapt upward from 165 percent in 2008 to 262 percent this year, according to figures from the International Monetary Fund. Among developed economies, only Ireland and Spain have seen a bigger deterioration.

Not only did the initial fiscal stimulus fade after the sugar rush of 2009, but the president has done absolutely nothing to close the long-term gap between spending and revenue.

Yet scroll down, and we find Ferguson warning about the upcoming "fiscal cliff":


[B]arring some miracle, the country will hit a fiscal cliff on Jan. 1 as the Bush tax cuts expire and the first of $1.2 trillion of automatic, across-the-board spending cuts are imposed. The CBO estimates the net effect could be a 4 percent reduction in output.

Ferguson is criticizing Obama for allowing the "fiscal cliff" to happen. The fiscal cliff is a series of pre-arranged, automatic spending cuts and tax increases - in other words, things that will reduce the deficit. So Ferguson, who blasted Obama for increasing the deficit, is now blasting him for cutting the deficit.

Additionally, Ferguson warns that this pre-programmed austerity will cause GDP to contract. But if that's true, it must follow that deficits boost GDP - in other words, that stimulus works. I.e., the exact opposite of what Ferguson implies with his "sugar rush" comment and his many previous anti-stimulus writings. But Ferguson either fails to see this implication of his "fiscal cliff" critique, or else sees it and bulls right through it, refusing to sacrifice an Obama-bashing opportunity on the altar of self-consistency.


His much-vaunted health-care reform will not prevent spending on health programs growing from more than 5 percent of GDP today to almost 10 percent in 2037... the Patient Protection and Affordable Care Act (ACA) of 2010 did nothing to address the core defects of the system[.]

I'm not sure where Ferguson gets his numbers. But surely he can't have failed to notice the health care cost slowdown that everyone is talking about, can he? Now, maybe Obamacare gets some credit for the cost slowdown and maybe it doesn't, but the slowing trend certainly makes Ferguson's portents of doom seem very three-years-ago.

Ferguson sprays out some more random irrelevant stuff, like the fact that China is going to overtake the U.S. in total GDP. He fails to note how impossible it would be to stop that from occurring; if every Chinese person were to get a job flipping burgers at McDonald's (at the U.S. minimum wage), China's total GDP would be bigger than ours. That's how many Chinese people there are. Ferguson expects Obama to work some magic to let us stay ahead of a country 4.5 times our size?

Then we come to Ferguson's criticism of Obama's foreign policy, which veers into absurdism that would make Monty Python proud:


Obama completely missed the revolutionary wave of Middle Eastern democracy—precisely the wave the neocons had hoped to trigger with the overthrow of Saddam Hussein in Iraq. When revolution broke out—first in Iran, then in Tunisia, Egypt, Libya, and Syria—the president faced stark alternatives. He could try to catch the wave by lending his support to the youthful revolutionaries and trying to ride it in a direction advantageous to American interests. Or he could do nothing and let the forces of reaction prevail.

In the case of Iran he did nothing, and the thugs of the Islamic Republic ruthlessly crushed the demonstrations. Ditto Syria. In Libya he was cajoled into intervening. In Egypt he tried to have it both ways, exhorting Egyptian President Hosni Mubarak to leave, then drawing back and recommending an “orderly transition.” The result was a foreign-policy debacle.

So first, Ferguson credits Bush's invasion of Iraq with sparking the Arab Spring, and then he criticizes Obama for mishandling said Spring. Ferguson's mind - which I'm sure has an I.Q. above 17! - must be constantly confronting him with the scoreboard: zero new Middle Eastern democracies under Bush, three under Obama (four if Syria's rebellion succeeds), plus substantial democratic reforms in Morocco.

But Ferguson absolutely ties himself in knots with his attempts to turn that scoreboard upside down. Obama was cajoled into intervening in Libya! Egypt was somehow a failure! Let's not mention Tunisia! And let's conveniently forget the fact that Iraq is still not a functioning democracy! Oh, and Obama should have invaded Iran to support the Green Revolution (but drone strikes in Pakistan are illegal)!!!

But the most ludicrous moment in this foreign-policy farce comes when Ferguson says:

Oh geez, I wonder why. Maybe it's because, oh, I don't know, Obama killed Osama bin Laden, ended the stupid Iraq War, improved relations with most of our allies, and helped bring about three or more new democracies in the Middle East? Maybe that is why the people like President Barack on national security? Oh, no. Couldn't be. The American people must be fools! Blind, mistaken, misled fools!

Anyway, much of the rest of the article is devoted to a hagiography of Paul Ryan, which I will not touch on other than to mention that, surprise of surprises, Ferguson utterly ignores the deficit-ballooning aspects of Ryan's budget plan, repeating the - can I call it a lie? pretty please? - mantra that Ryan is a fiscal conservative and deficit-cutter.

So basically, what we have here is a pedestrian, poorly written, poorly-thought-out, self-contradictory, often counterfactual anti-Obama screed. But it is not enough for me to simply point this out. Instead, I want to examine why Niall Ferguson has thrown away the ancient Western traditions of logic and reason in a frenzy of partisan animus. I submit to you that Ferguson's true motivations are fairly transparent. Witness his ideal of what foreign policy should be:


Meanwhile, the fiscal train wreck has already initiated a process of steep cuts in the defense budget, at a time when it is very far from clear that the world has become a safer place—least of all in the Middle East.

For me the president’s greatest failure has been not to think through the implications of...challenges to American power...(emphasis mine)

Niall Ferguson wants the United States to be an empire. An historian, Ferguson has always been enchanted with the British Empire of his forebears. He has also long been enchanted with the notion that the United States can and should become the successor to the British Empire, and that we Americans have been shirking our duty by pretending to be just another live-and-let-live nation-state. He seems to have been especially enchanted by that magic moment in 2003 and 2004, when it seemed that under George W. Bush and the neoconservatives, America was finally taking up the mantle of empire. The failure of the Iraqi adventure, and the collapse of popular support for similar adventures, must have felt to Niall Ferguson like something beautiful was being snatched from his hands.

Now, Ferguson hopes, under a Romney/Ryan (or Ryan/Romney?) presidency, America has a chance at completing the mission that George Bush started, and returning to its path to glory as British Empire II.

But - and this is why he makes me so angry - Niall Ferguson badly misunderstands my country. We are a Republic, not an Empire, and we always will be. We rejected the mantle of Anglo-Saxon world domination in the Philippines, again in Vietnam, and again in Iraq. And we will always reject it. We do not want to go forth and educate and enlighten the brown people at the point of our Tomahawk missiles, Mr. Ferguson. We want to invite them here, to live with us, to work for us and hire us, to marry our children, to become part of this country. Even, yes, to lead this country, as Barack Obama, for all his faults, has done. We do not want to conquer the world. We want to become the world.

The British Empire is over, Niall. It had its day. We can debate eternally how much good it did, but now it is done, and it is not coming back. Stop trying to screw up my Republic in your doomed effort to bring it back.

Update 3: And you really must read Matt O'Brien's epic fact-check of Ferguson's article.

Update 4: Here is a good roundup of Ferguson beatdowns from Joe Coscarelli, which unfortunately doesn't include mine, but does include contributions by Brad DeLong, Paul Krugman, and Matt Yglesias. Also see more from Ezra Klein and Mark Thoma.

Update 5: Niall Ferguson responds, mostly to Matt O'Brien. He does not mention me, nor does he address any of the points I make in this post.

Update 6: Here is Paul Krugman with a thoughtful discourse on Niall Ferguson's wrongness.