I get what you get in ten years, in two days 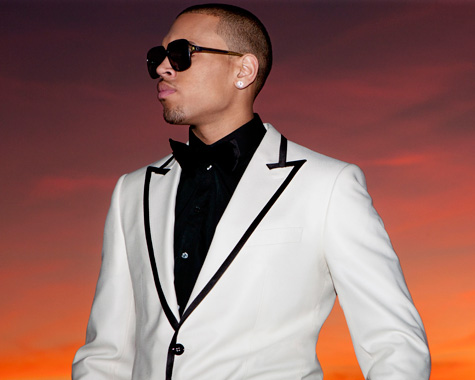 
Plenty of folks have turned out to attack Greg Mankiw's essay, "Defending the One Percent". Most of them have focused on Mankiw's numbers and factual assertions. I thought I'd take a different approach, because at its core, Mankiw's differences with the bulk of the economics world are more about values than facts.

The usual economist case for income redistribution is based on utilitarianism; the idea is that $1000 matters more to a poor person than to a rich person. Mankiw wants to ditch this idea in favor of a value system based on "just deserts":


An alternative to the social insurance view of the income distribution is what, in Mankiw (2010), I called a “just deserts” perspective. According to this view, people should receive compensation congruent with their contributions. If the economy were described by a classical competitive equilibrium without any externalities or public goods, then every individual would earn the value of his or her own marginal product, and there would be no need for government to  alter the resulting income distribution.

Here is that 2010 Mankiw essay, which is very similar to the recent one.

Now, value systems are subjective; what the government should or shouldn't do is a matter of opinion. But I think it's worthwhile to think through the implications of Mankiw's "just deserts" value system.

To do this, let's do a thought experiment, and compare two imaginary people - just for fun, let's make them two American white males in their mid-40s. The first let's call Brad CEO. He's the CEO of a big company and makes $30 million a year, which is just a tad less than the CEO of Phillip Morris made in 2012. The second let's call Mike Clerk, who works at Wal-Mart, earning the average Wal-Mart wage of $12.40 an hour, or a bit over $25,000 a year. Mike is hardly unusual, income-wise; in fact, somewhere between 20% and 25% of American households make less than Mike. Furthermore let's assume that taxes are zero; this is a world where everyone gets his "just deserts" (Note that because of elasticity, this means that Brad CEO actually takes home more than the CEO of Phillip Morris would take home in the absence of taxes; so perhaps Brad is more accurately compared to the CEO of Abercrombie & Fitch).

Now let's imagine that Mike wants to buy something big - say, a new Honda Civic (disclosure: I drive a Honda Civic). That costs about $18,000. So Mike has to save up to afford it (sure, he can just finance it, but then he has to make payments, which amounts to much the same thing). How long does it take him to save up $18,000? Let's suppose that Mike is an extraordinarily thrifty man (following the advice of blogger Noah Smith), and lives well under his means - eating cheap fast food or low-quality grocery store food without much meat content, living in a small studio apartment, biking to Wal-Mart each morning, etc. By these heroic efforts, he manages to put aside 25% of his income - over eight times the average household savings rate in America today - just to buy that Honda. (Assume the risk-free rate of return is around zero, as in America today).

It takes Mike about 5,800 hours of work to afford the Honda Civic. That is about three years of full-time work.

So Mike works and works and works, for three years. Stocking the stockroom. Punching the cash register. Dealing with angry customers. Putting boxes up on shelves. Hour after hour. Day after day. Biking home to eat his low-quality vegetarian meals in his tiny studio apartment. At the end of those three years, Mike's hands are a little more wrinkled, his hair a little grayer, his back a little stiffer. Those three years represent about 4% of Mike's entire lifetime. But he finally does it. Three years after he decided he wanted one, there it is, in his parking lot: a beautiful brand-new Honda Civic.

Now let's go over and look at Brad. Suppose Brad randomly sees Mike's new Civic in a parking lot and decides that he wants the same car. Like Mike, he decides to set aside 25% of his income to buy it. At this rate, assuming a 40-hour workweek and 50 weeks of work per year, Brad will have to work a little less than 5 hours. That's slightly more than half of one working day. Go to a couple meetings, send some emails, and the Civic is his.

Now suppose Mike goes to Greg Mankiw and asks: "Dr. Mankiw, why is it right and just that it took me 4% of my entire lifespan to buy this car, with all my heroic efforts and harsh self-denial, when it took that Brad CEO guy less than a day? I put in every bit as much effort as he does, day after day. Why does he deserve to get things with so much less effort than I put in?"


I am more persuaded by the thesis advanced by Claudia Goldin and Lawrence Katz (2008) in their book The Race between Education and Technology. Goldin and Katz argue that skillbiased technological change continually increases the demand for skilled labor. By itself, this force tends to increase the earnings gap between skilled and unskilled workers, thereby increasing inequality...The story of rising inequality, therefore, is not primarily about politics and rent-seeking but rather about supply and demand...

If Goldin and Katz are right that the broad changes in inequality have driven by the interaction between technology and education...then it would seem an unlikely coincidence that the parallel changes at the top have been driven by something entirely different. Rather, it seems that changes in technology have allowed a small number of highly educated and exceptionally talented individuals to command superstar incomes in ways that were not possible a generation ago.

"OK," Mike says. "But why, then, is Brad CEO so much more productive than I am? Where does his $30 million productivity come from?"


[T]he intergenerational transmission of income has many causes beyond unequal opportunity. In particular, parents and children share genes, a fact that would lead to intergenerational persistence in income even in a world of equal opportunities. IQ, for example, has been widely studied, and it has a large degree of heritability. Smart parents are more likely to have smart children, and their greater intelligence will be reflected, on average, in higher incomes. Of course, IQ is only one dimension of talent, but it is easy to believe that other dimensions, such as self-control, ability to focus, and interpersonal skills, have a degree of genetic heritability as well.

"So let me get this straight," Mike says. "Brad deserves to be so much richer than me because of ability he was born with? People who are lucky enough to be born with high skills deserve to be able to get a Civic in half a day, while people who were born with fewer skills deserve to have to slave away for years if they want a Civic?"

Anyway, Dr. Mankiw's answer is not forthcoming, and Mike cannot leave a comment on Mankiw's blog, due to the no-comments policy. So our story continues.

Mike falls off of a ladder one day (he's in his late 40s by now, and less coordinated than he used to be). He's able to work, but only with greatly increased pain. In the old days, before Mankiw's "just deserts" theory gained widespread acceptance, Mike would have been able to collect Social Security disability; now, however, the government tells him that he does not deserve disability payments - they constitute an unfair transfer of income from the productive to the unproductive - and so he must continue to work. Additionally, Mike cannot go to physical therapy because he cannot afford health insurance, and Medicaid was canceled because Medicaid payments do not constitute the "just deserts" of the unproductive.

So Mike continues working for a short time, until his company is forced to downsize by changes in the global economy. Wal-Mart closes Mike's store and lays him off. In the old system he would collect unemployment insurance payments, but now the government tells him that unemployment payments are not his "just deserts".

Anyway, this tale is getting a bit maudlin, so I will abandon it in the middle; if you want stories about poor people that actually have endings, go read Charles Dickens. But hopefully by now I've made my point. It's easy to say that people deserve to get whatever they can manage to get in a "free" market. But when you start to actually think about the consequences of such a system, you realize that it probably doesn't fit very closely with most people's concept of the term "just deserts".

Like I said, moral values are just statements of opinion, and Greg Mankiw is certainly entitled to his own. But I somehow doubt that his opinion of "just deserts" will be able to win over a majority of Americans, even among the intellectual classes.
Author: Noah Smith Posted at 5:47 PM