Noahpinion becoming Not Quite Noahpinion for Fall 2013

Due to a large build-up of work, I'm taking a break from blogging for this Fall semester. But instead of simply letting Noahpinion gather dust, I'm turning the blog over to a team of young rising stars. Starting 8/24/2013 and ending 12/6/2013, Noahpinion will become Not Quite Noahpinion, and will feature the following awesome brilliant talented bloggers:

Carola Binder is a PhD candidate in economics at UC Berkeley. Her interests include economic expectations formation, economic history, monetary policy, and the Eurozone.

John Aziz is an Associate Editor at Pieria and a freelance economics writer. His interests include monetary policy, finance, techno-optimism, trolling, and funny pictures of animals. He is the only person in the universe to have contributed guest blogs to both Zero Hedge and Noahpinion.

Yichuan Wang is an undergraduate economics and mathematics student at the University of Michigan. His interests include data visualization, monetary policy, and the Chinese economy. He frequently does research with Miles Kimball, and also writes articles for Quartz.

"By day I am a policy analyst at the Texas Public Policy Foundation in Austin, Texas. In my spare time I plot world domination (doesn't everyone?)." 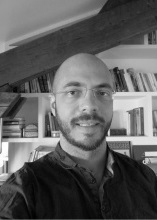 Jeremie Cohen-Setton (@JCSBruegel) is a PhD candidate in economics at UC Berkeley and an Affiliate Fellow at Bruegel. He specializes in Macroeconomic Policies and Macroeconomic History and worked previously as an economist at HM Treasury and at Goldman Sachs. Jeremie blogs at ecbwatchers.org and is the main author of the blogs review at bruegel.org.

Peter Dorman teaches economics and other things at Evergreen State College in Olympia, Washington, works as a consultant on environmental, health and development issues, and hikes whenever the rain lets up. His introductory textbooks, micro and macro, will be published early next year by Springer.

"NOT a Teen Golfer"

Guan Yang is a graduate student living in New York. Before that, he grew up in Denmark, where he, among other things, wrote mass email marketing software and calculated option adjusted spreads for mortgage backed bonds (in the 40-100 bps range). He is interested in everything except most sports.


They will be joined in October by Peter Dorman of EconoSpeak.

So keep reading Not Quite Noahpinion! In the meantime, if you absolutely need my witty commentary, you can follow me on Twitter at @noahpinion. And of course I'll see y'all after the semester is done.
Author: Noah Smith Posted at 3:26 PM