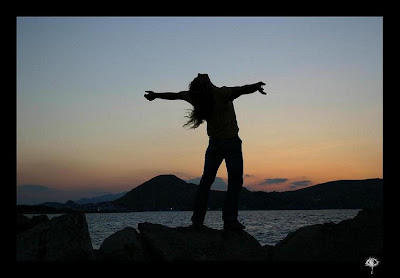 I think I'll take a break from looking at the macroeconomic situation and going "FFFFFFFFFFFFUUUUUUUUUUUU", and talk a little about philosophy.

Since the dawn of time, libertarians have equated property rights with freedom. Intuitively, this makes a lot of sense: if the government can come and confiscate your stuff, or tell you what to do with it, you don't feel very free at all. But libertarians tend to take this basic concept to its maximal extent; the more things are brought within the cash nexus, the more free we become. No limits, no exceptions. A direct implication is that the more government functions we can privatize, the more free we will be.

But is that right? What would it really feel like to live in a society where almost every single thing is privately owned and priced?

Walking around urban Japan, I feel like I am seeing a society that is several steps closer to that ideal than the United States. You may have heard that Japan is a government-directed society, and in many ways it is. But in terms of the constituents of daily life being privately owned and marginally priced, it is a libertarian's dream world.

For example, there are relatively few free city parks. Many green spaces are private and gated off (admission is usually around $5). On the streets, there are very few trashcans; people respond to this in the way libertarians would want, by exercising personal responsibility and carrying their trash home with them in little baggies. There are also very few public benches. In cafes, each customer must order something promptly or be kicked out; outside your house or office, there is basically nowhere to sit down that will not cost you a little bit of money. Public buildings generally have no drinking fountains; you must buy or bring your own water. Free wireless? Good luck finding that!

Does all this private property make me feel free? Absolutely not! Quite the opposite - the lack of a "commons" makes me feel constrained. It forces me to expend a constant stream of mental effort, calculating whether it's worth it to spend $4 to sit and rest for 10 minutes, whether it's worth $2 to get a drink.

Then again, I'm on foot. How about that great enabler of personal freedom, the automobile? People with cars don't fare much better here in Japan. All highways are toll roads (actually the roads are government-owned, but financed specifically with toll revenue instead of out of general funds). And cities don't provide parking spaces, free or otherwise, so you have to park at a privately owned garage. This makes driving a lot less of a "free" activity, since you have to carefully plan your route and destination and parking place. You can't just hop in your car and drive from place to place unless you have cash to burn.

Noticing all this has driven home the realization that the existence of a government-owned "commons" often makes people feel more free, not less. Sure, the commons is financed through taxation, and sure, that means that people generally don't receive benefits exactly equal to what they pay. But the difference can be small, and is often canceled out by the fact that you only pay once rather than a million billion times.

That's right: irreducible transaction costs are a fly in the libertarian soup. Completing an economic transaction, however quick and easy, involves some psychological cost; you have to consider whether the transaction is worth it (optimization costs), and you have to suffer the small psychological annoyance that all humans feel each time money leaves their bank account (the same phenomenon contributes to loss aversion and money illusion). Past a certain point, the gains to privatization are outweighed by the sheer weight of transaction cost externalities. (Note that transaction costs also kill the Coase Theorem, another libertarian standby; this is no coincidence.)

If you don't think Japan's property system really sounds all that annoying, just imagine taking it to its absurd extreme. Imagine if we could privatize city streets and create ownership rights for the air. Every time you walked out your door, you would have to pay some fraction of a cent for the privilege. Every time you took a breath, you would pay a far tinier fraction for the chemical changes caused by your respiration. These prices would be fairly close to your willingness-to-pay, and these prices might change from day to day, or even hour to hour! So you would probably have to check to see whether it was worth it to step outside your house. Does that sound like "freedom"?

Now, there are a few people for whom Japan's constant micro-transactions are not very onerous. Some are so rich that all the costs are negligible; they can afford to just not ever think about the $2 they just paid for water (note that they are not optimizing). And there are some business owners for whom their own restaurant or office is a private kingdom in which they never have to pay to stretch their legs. But in any society, the vast majority of people are going to be neither rich folks nor owners of brick-and-mortar businesses (see Zipf's Law). For most of us, the constraints will bind.

Libertarians like to think of "freedom" as axiomatic; the definition is just something we assume. But most people define freedom the way we define everything else - by feeling and intuition. We know freedom when we see it. And it is no coincidence that the English word for "liberated" also means "zero price" (this is not the case in Japanese). A society in which the government appropriates someone's tax money to provide parks, and trashcans, and drinking fountains, and benches, and highways, and sidewalks, and parking spaces doesn't fit the libertarian ideal of freedom...but it feels more free.

You can decide for yourself which kind of freedom matters more to you.


Update: Japanese blogger Himaginary and one of the commenters both point out that the situation I'm describing is really more about Tokyo than about Japan in general. I admit it, ya got me. I lived for 2.5 years in Osaka before, which had a lot more trashcans, benches, etc. So there was a bit of hidden Kansai-Kanto rivalry in this post... ;-)

Update 2: It also turns out to be true that a lot of things like benches and drinking fountains used to be there and were taken away because of liability lawsuits by human rights campaigns! (And yes, many trashcans were removed because a cult once put poison gas in a trashcan.) So if parts of Japan have elements of libertarian utopianism, it's certainly not due to any actual libertarians...

Update 3: In response to this post, one commenter on Himaginary's blog writes (translated):


We can't call a place where people have to buy a coffee just to have a place to sit down a 'free country'.


Japanese people are often said to be a 'collective' or 'cooperative community', but actually they are ridiculously individualistic...the community (?) doesn't even guarantee social security, and people aren't required to make personal sacrifices...actually, this is an extremely libertarian country.

Update 4: Some are arguing that Tokyo has a lot of parks and benches and drinking fountains. I won't get into that argument, since I don't have data on benches and drinking fountains, and since parks are partly a function of population density. So I'll just say that this post is based on my own observation of Tokyo, and agrees with the observations of people I spoke to before writing the post. ;-)
Author: Noah Smith Posted at 8:13 AM