Niall Ferguson does not know what "Western Civilization" means 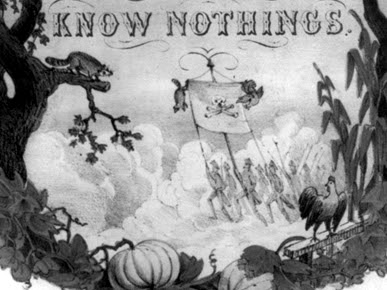 "The blood of Numenor is all but spent, its pride and dignity forgotten." - Elrond
I am forced to break my self-imposed blogging moratorium, in order to comment on an article by Niall Ferguson that recently appeared in what is left of Newsweek magazine. In this article, Ferguson warns darkly of a rapid collapse of American civilization. The article is, on its face, a fairly bland call for America (and "The West" in general) to wake up, get with the program, and recover its lost greatness. Fine. But there is a deeply disturbing subtext that annoyed me so much that...well, here, I'll just let you see for yourself.

I believe it’s time to ask how close the United States is to the “Oh sh*t!” moment—the moment we suddenly crash downward...

The West first surged ahead of the Rest after about 1500 thanks to a series of institutional innovations that I call the “killer applications”:

3. The Rule of Law and Representative Government...

For hundreds of years, these killer apps were essentially monopolized by Europeans and their cousins who settled in North America and Australasia. They are the best explanation for what economic historians call “the great divergence”: the astonishing gap that arose between Western standards of living and those in the rest of the world...

Beginning with Japan, however, one non-Western society after another has worked out that these apps can be downloaded and installed in non-Western operating systems...

Is it Christianity? But then South Korea would be "Western," since it is majority Christian (and far more religious than, say, France). And Ferguson cites Korea as a "non-Western" civilization in his very next paragraph (which I'll get to in a moment).
Is it geography? Would Ferguson exclude Australia and New Zealand from "the West"?
I think you see what I'm getting at, and just to drive it home, here's Ferguson's next paragraph:

Ask yourself: who’s got the work ethic now? The average South Korean works about 39 percent more hours per week than the average American. The school year in South Korea is 220 days long, compared with 180 days here. And you don’t have to spend too long at any major U.S. university to know which students really drive themselves: the Asians and Asian-Americans. (emphasis mine)

So a sign that American civilization is in decline is that...Asian-Americans study hard?
Labeling Asian Americans as "non-Western" gives away the game completely. By "Western," Niall Ferguson is not referring to a geographic region, a political system, an economic system, or a religion. He is not even referring to a specific set of countries. He is referring to a set of people; people who have pale pinkish skin, fine wavy hair, and prominent eye ridges. By "Western," Niall Ferguson means "white people." Asian Americans may have American passports, Ferguson thinks, but civilizationally speaking they are permanent foreigners. This interpretation is basically confirmed a couple paragraphs later:

Social scientist Charles Murray calls for a “civic great awakening”—a return to the original values of the American republic. He’s got a point.

When you admit to taking your cues from America's most prominent academic racist, you've pretty much laid your cards on the table.
This makes me sick, and not just because of the racism. It's because Ferguson's offhand exclusion of non-whites from the "Western" world is, in fact, what I believe to be the biggest threat to our civilization.
You see, I believe that the United States of America has another "killer app" in addition to the ones Ferguson lists. That killer app is meritocratic diversity. Where other countries cling to blood-and-soil tribalism, America absorbs and employs the energy and talent of a vast array of peoples. All those American Nobel Prize winners? A huge chunk are immigrants or children thereof. Ditto for Silicon Valley's entrepreneurial heroes. Our above-average fertility rates? Largely thanks to immigration.
Imagine if this were 1911, and Ferguson had instead lamented: "And you don’t have to spend too long at any major U.S. university to know which students really drive themselves: the Jewish-Americans." He might have held this up as a harbinger of Western decline - after all, Jews were not at the time considered white. But he'd have been pooh-poohing the future contributions of Albert Einstein and Richard Feynman, not to mention Larry Page, Sergei Brin, Mark Zuckerberg, and probably a bunch of other Jewish Americans whom I don't know off the top of my head. The contribution of the Asian Americans whom Ferguson now dismisses are growing at a similar, if not faster rate.
In fact, Niall Ferguson pines for the days of Anglo-Saxon empire, but in fact, many historians believe that race-blind meritocracy is the key to all successful hegemons. Empires of the past have been successful when, like modern America, they didn't limit their talent pool to people with the right genes.
The biggest threat facing American civilization now is not loss of work ethic - Americans still work more than the rich-world average. Nor is it insufficient consumerism (believe you me), the abandonment of modern medicine, the end of rule of law, creeping monopolies, or the abandonment of science. It is political dysfunction and distrust of our national institutions, brought on by the refusal of a large bloc of white Americans (the "Tea Party" etc.) to accept nonwhite Americans. The very denial of "Western-ness" to nonwhite Americans is what is threatening the West. Articles like Ferguson's, in other words, are part of the problem, not part of the solution.
Here's my idea for how to revitalize Western civilization. Widen the big tent. Recruit smart people from all over the world to be Americans. Renew the idea of America as a nation defined by principles and institutions rather than by race and tribe. Assimilate Asians and Hispanics the way we assimilated Italians and Greeks and Jews a century ago. Promote nationalism as a unifying force rather than racism, in order to rebuild trust in public institutions and improve the provision of public goods.
And further afield, do not exclude the rising nations of Asia from "the West." To do so would instantly doom us to geopolitical extinction. Just because Japan, India, South Korea, and the rest of our Asian allies lie beyond the International Dateline does not mean that they don't share the principles and institutions and philosophies embraced by Europe and America.
Anyway, there's my main rant. Now for a few more miscellaneous knocks on this truly execrable piece of public discourse:

Basically, this is one of the laziest, sloppiest, most pernicious columns that I have ever read. I am simply physically, biologically incapable of sticking to my self-enforced blogging hiatus when something this awful crosses my screen.
(P.S. - credit for the Elrond quote goes to my friend Ry.)
Author: Noah Smith Posted at 9:32 PM