Seven principles for arguing with economists 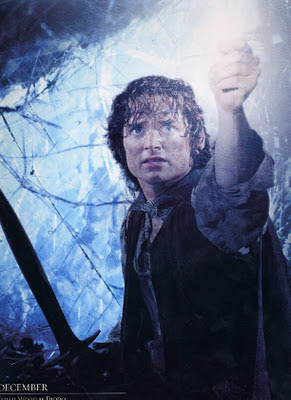 In the increasingly contentious world of pop economics, you - whether an educated layperson, an economist-in-training, or even a professional economist unused to the rough-and-tumble of the mediasphere - may find yourself in an argument with an economist. And when this happens, you should be prepared, because many of the arguments that may seem at first blush to be very powerful and devastating are, in fact, pretty weak tea.

For this reason, I have constructed a short list of (a few of) the fallacious arguments that you may encounter in your travels, along with suggested responses. Remember, forewarned is forearmed! I give you:

Principle 1: Credentials are not an argument.

Example: "You say Theory X is wrong...but don't you know that Theory X is supported by Nobel Prize winners A, B, and C, not to mention famous and distinguished professors D, E, F, G, and H?"

Alternative Suggested Retort: "Richard Feynman said that 'Science is the belief in the ignorance of experts.' And you're not going to argue with HIM, are you?"

Reason You're Right: Credentials? Gimme a break. Nobody accepts received wisdom from sages these days. Show me the argument!

Principle #2: "All theories are wrong" is false.

Example: "Sure, Theory X fails to forecast any variable of interest or match important features of the data. But don't you know that all models are wrong? I mean, look at Newton's Laws...THOSE ended up turning out to be wrong, ha ha ha."

Suggested Retort: Empty an entire can of Silly String onto anyone who says this. (I carry Silly String expressly for this purpose.)

Alternative Suggested Retort: "Yeah, well, when your theory is anywhere near as useful as Newton's Laws, come back and see me, K?"

Reason You're Right: To say models are "wrong" is fatuous semantics; philosophically, models can only have degrees of predictive power within domains of validity. Newton's Laws are only "wrong" if you are studying something very small or moving very fast. For most everyday applications, Newton's Laws are very, very right.

Principle 3: "We have theories for that" is not good enough.

Example: "How can you say that macroeconomists have ignored Phenomenon X? We have theories in which X plays a role! Several, in fact!"

Suggested Retort: "Then how come no one was paying attention to those theories before Phenomenon X emerged and slapped us upside the head?"

Reason You're Right: Actually, there are two reasons. Reason 1 is that it is possible to make many models to describe any phenomenon, and thus there is no guarantee that Phenomenon X is correctly described by Theory Y rather than some other theory, unless there is good solid empirical evidence that Theory Y is right, in which case economists should be paying more a lot attention to Theory Y. Reason 2 is that if the profession doesn't have a good way to choose which theories to apply and when, then simply having a bunch of theories sitting around gathering dust is a little pointless.

Suggested Retort: "If my theory violates an accounting identity, wouldn't people have noticed that before? Wouldn't this fact be common knowledge?"

Principle 5: The Efficient Markets Hypothesis does not automatically render all models useless.

Suggested Retort: "By your logic, astrophysics can never predict when an asteroid is going to hit the Earth."

Reason You're Right: Conditional predictions are different than unconditional predictions. A macro model that is useful for making policy will not say "Tomorrow X will happen." It will say "Tomorrow X will happen unless you do something to stop it." If policy is taken to be exogenous to a model (a "shock"), then the EMH does not say anything about whether you can see an event coming and do something about it.

Principle 6: Models that only fit one piece of the data are not very good models.

Example: "Sure, this model doesn't fit facts A, B, and C, but it does fit fact D, and therefore it is a 'laboratory' that we can use to study the impact of changes in the factors that affect D."

Reason You're Right: Suppose you make a different model to fit each phenomenon. Only if all your models don't interact will you be able to use each different model to study its own phenomenon. And this is highly unlikely to happen. Also, it's generally pretty easy to make a large number of different models that fit any one given fact, but very hard to make models that fit a whole bunch of facts at once. For these reasons, many philosophers of science claim that science theories should explain a whole bunch of phenomena in terms of some smaller, simpler subset of underlying phenomena. Or, in other words, wrong theories are wrong.

Principle 7: The message is not the messenger.

Example: "Well, that argument is being made by Person X, who is obviously just angry/a political hack/ignorant/not a real economist/a commie/stupid/corrupt."

Suggested Retort: "Well, now it's me making the argument! So what are you going to say about me?"

Reason You're Right: This should be fairly obvious, but people seem to forget it. Even angry hackish ignorant stupid communist corrupt non-economists can make good cogent correct arguments (or, at least, repeat them from some more reputable source!). Arguments should be argued on the merits. This is the converse of Principle 1.

There are, of course, a lot more principles than these, and I'll include some in a later post. The set of silly things that people can and will say to try to beat an interlocutor down is, well, very large. But I think these seven principles will guard you against much of the worst of the silliness. Keep them always with you at your side...Happy arguing!
Author: Noah Smith Posted at 11:02 PM