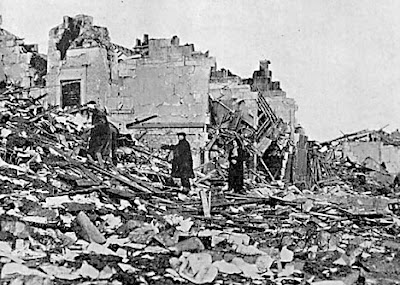 A few posts back, I wrestled with Jim Bullard's hypothesis that a fall in asset prices caused a permanent negative shock to GDP. Since then, a whole bunch of people have weighed in with interesting comments.

Scott Sumner and Paul Krugman raise the first of the two issues I had raised: It is tough to interpret housing price changes as destruction of the capital stock. I can actually think of a few ways that housing price changes might affect productivity, and so can Brad DeLong, but I think we both agree that the change would be second-order.

David Andolfatto conjectures that regime-switching models of productivity growth - a sort of modified RBC model - could produce the kind of effects Bullard is talking about. But I don't think that's quite right, at least not the models that Andolfatto is talking about. In those models, asset prices fall because productivity falls; asset price changes are not the cause of changes in output, as Bullard hypothesizes.

What I find more interesting is this older Andolfatto post, which David kindly linked me to in the comments. It points to a model by Robert Shimer in which real wages are sticky. In that model, destruction of part of the capital stock does, in fact, lead to a permanent fall in GDP. (It does represent a chucking of the Solow growth model, because in the Solow model, real wages are not sticky. Shimer's model will not exhibit the conditional convergence that is the Solow model's main result.). This is very interesting. I'll have to take a closer look at the model, to see exactly how it works. If this model matches reality, then my second problem with Bullard's hypothesis is no longer a problem.

Right off the bat, I have some doubts about Shimer's model. Rapid growth after wars and natural disasters is a common phenomenon. And the evidence for conditional convergence is pretty strong. But the later part of Shimer's paper replaces the "real wages can never change" model with a model of search frictions in which real wages eventually move, slowly enough to cause jobless recoveries but presumably quickly enough to allow conditional convergence in per capita GDP across countries. That seems a lot more believable, though it still doesn't explain the "bounce back" from wars and disasters. Anyway, like I said, I'll have to take a closer look at the paper to see if the model makes sense.

So, assuming Bullard has in mind a model like Shimer's, we still have the question of why a fall in housing prices represents destruction of the capital stock.


Update: Jim Bullard responds. It appears what he had in mind is something like this:

1. The "trend" rate of growth had slowed in the 2000s, for whatever reason (technology slowdown, etc.).

3. The end of that expectations-fueled boom sent the economy back to its new, lower trend growth path.

Not sure if I've got it entirely correct, but that seems to be the gist. It does not rely on destruction of the capital stock to explain the recession, rendering the rest of this post largely irrelevant (though interesting nonetheless).

Readers of this blog will know that I am very sympathetic to the idea of self-fulfilling expectations, sunspot equilibria, etc. I do still have one problem with this story, though. For this kind of story to produce a one-time permanent drop in GDP followed by resumed growth at the old trend rate, it would have to be that the 2000s housing boom masked a productivity slowdown that is now over. That could happen, sure, but I'd like to see some evidence before I believe it. Also, it would leave a puzzle as to why inflation was low during the bubble...
Author: Noah Smith Posted at 3:43 PM