Offensiveness does not make you a better economist 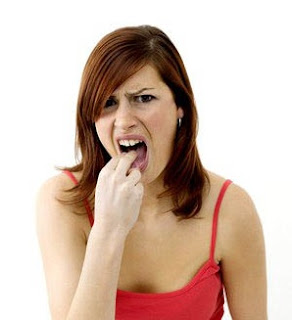 "It's almost like you have to say socially unacceptable things once in a while just to prove you're a real economist." - a University of Michigan economics PhD candidate
A few posts ago, I lambasted Steve Landsburg for attempting to justify Rush Limbaugh's request for a sex tape from Sandra Fluke. My post took the offensiveness of Landsburg's post as a given, and focused on the logical errors contained in the argument. However, there is another point I would like to make about the post: It provides a clear illustration of how offensiveness itself has become a part of the culture of the economics profession.

To show this, I'll first quote from Daniel Kuehn, who attempts to defend Landsburg:

Thinking like an economist simply means that you scientifically approach human social behavior - which means that you approach them like any other species of animal. Nobody judges animals when they behave in ways that we would consider horrendous in other humans. They're just... animals. And that's what you really need for good social science. You need to look at your fellow humans as "just animals". Astonishing, wondrous animals to be sure - but just animals...

It's absolutely critical for good economists to see the world in this way...I suspect [Landsburg] was "thinking like an economist". The problem is, of course, it flowed over from scientific analysis of human behavior to a commentary on a single individual human being[.]

First of all, let's get this out of the way: Kuehn is wrong. I don't know what Landsburg post Kuehn was reading, but I read this:


But while Ms. Fluke herself deserves the same basic respect we owe to any human being, her position — which is what’s at issue here — deserves none whatseover. It deserves only to be ridiculed, mocked and jeered. To treat it with respect would be a travesty...What [Rush] advocates [when asking Sandra Fluke to send him a sex tape] is logical consistency and an appreciation for ethical symmetry. So do I.

Where is the "scientific analysis" there? It's just an ethical judgment! It's just a statement of opinion! How is Landsburg looking at humans as "just another animal" when he's considering things like "ethical symmetry"? Daniel Kuehn is just way off base here.

But another part of Kuehn's post is even more telling. Look at what he says about the merits of Landsburg's case:


[Landsburg] dotted all his i's and crossed all his t's on the analysis, because he's good at thinking like an economist.

No! No he did not! See my previous post. First of all, trading a sex tape for a contraception subsidy might have "ethical symmetry" in Landsburg's opinion, but from an economic standpoint it is less efficient than simply reimbursing Limbaugh for his contribution to the subsidy. Second of all, as Robert Waldmann pointed out in my comment thread, public money was not even involved in Sandra Fluke's case, so Landsburg had the facts wrong. So Daniel Kuehn is wrong again - Landsburg most certainly did not dot his i's or cross his t's.

But yet the narrative that Kuehn pushes appears to push - a clear-thinking, rational, but somewhat Asperger-y economist flouting social norms with an analysis that is insensitive but correct on technical grounds - sounds very plausible. It is a narrative we expect to see played out. It is a narrative that, in my experience, is central to economists' image of their profession's social worth.

This narrative is part of the creation myth of economics itself. That creation myth holds that before Adam Smith et. al., people thought that behavior was governed by norms, but then economists came along ans showed that it's really all about incentives. This, it is believed, freed the human race from their stifling moral straitjackets, allowing them to redesign society along more efficient lines - trading traditional values for material prosperity.

And this myth has a grain of truth. The low social status of merchants and financiers probably was a big barrier to economic development in the world before Adam Smith. And many policies designed to help the poor - for example, anti-usury laws and rent control - can backfire and hurt the very people they are intended to protect. In other words, there are many cases in which clear-headed, rational, dispassionate analysis requires the flouting of society's norms.

But notice that the converse is not true. Just because good economics may require flouting of norms does not mean that flouting norms automatically makes your economic ideas better! You cannot add rationality to your analysis simply by injecting it with a dollop of offensiveness.

Not that this doesn't stop people from trying. The classic example is Larry Summers' speech on women in science; there are plenty of alternative hypotheses for why women don't go into certain fields as much as men, but Summers chose to focus his speech on the idea that women just don't have as much cognitive ability in those areas. The scientific evidence didn't really warrant zooming in on that one particular idea, but the shocking offensiveness of it played to a certain audience - it made Summers appear to be "thinking like an economist."

This is why, when attempting to illustrate what an amazing economist Steve Levitt is in the introduction to Freakonomics, Steven Dubner recounts a story in which Levitt comments that a roadside begger "doesn't have many assets." The observation is banal and obvious, but the fact that it seems insensitive builds up Levitt's legend as an Asperger-y genius.

In case you hadn't guessed, I'm not a big fan of this aspect of the culture of economics. And the reason is not just that it results in more offensiveness than necessary (thus tarnishing our reputation among non-economists). It's also that the fetishization of offensiveness reduces the quality of our economics. All too often we use offensiveness as a signal of the intellectual quality of an argument, but it's a false signal. If we give a free pass to any idea that pisses off wider society, we are only polluting our own pool of ideas.


Update: Daniel Kuehn has a response up at his blog.

Update 3: I see that I was not the first to make this argument. Here's Wil Wilkinson on Landsburg from a year ago:


My guess is that, like a number of right-leaning economists, Mr Landsburg has a regrettable tendency toward tone-deaf, context-dropping, contrarian provocation based on an unexamined assumption that this is what it means to be bravely rational. It is not.

Update 4: Andrew Gelman has this to say about Steve Landsburg:

In other words, Landsburg allows assholes like Santorum to say "Oh look, we have a smart guy on our side too!"
Author: Noah Smith Posted at 11:42 PM