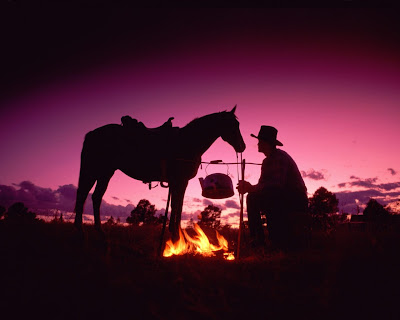 1. Paul Krugman notes that the stock market has been doing great under Obama, a fact that has (of course) been lost on Republican hackonomists like Larry Kudlow who tend to blame liberal politicians for every dip in stock prices.

2. Robin Hanson reports on an experiment that shows that people do not learn optimally. Learning is one of those areas where I feel that experimental economics may have a huge and game-changing impact (if people pay attention to the data).

3. Matt Yglesias really lets Ben Bernanke have it. I don't agree with this criticism, though, since I believe that the Fed chairman is not a dictator and must at least partially bow to the wishes of the board of governors (which includes Plosser, Lacker, Kocherlakota, etc.).

4. Simon Johnson is of the opinion that although "populism" is often a dirty word, American populism has often proven beneficial for the country's institutions...

5. Robert Waldmann makes an analogy between microfoundations and the spurious theories that used to be known as "organic chemistry." I disagree, as I've said, but I always love Waldmann's histories-of-bad-science.

7. Nick Rowe asks: What on Earth are SRAS shocks? I also have always had trouble explaining these in class. Greg Mankiw has one answer.

8. Mark Thoma has an excellent conjecture about why prices aren't moving as much as output gaps say they should be. Go read it. Incidentally, Thoma is not too worried about labor hysteresis. Greg Ip, however, is.

9. A homeless girl turns out to be a science genius. I see stuff like this all the time. My brother-in-law grew up in a trailer with a teenage single mom, and he's now completing his PhD. My friend grew up poor in rural Northern California with a drug-abusing single mom, and now she's a neurosurgeon. There is so much human capital hidden in the poverty-stricken backwaters of America, it's absurd. And yet I still read pronouncement after smug pronouncement from guys like Bryan Caplan, declaring that success is all about I.Q., and that it's no use trying to increase economic opportunity because everyone is already just where their I.Q. dictates they should be. What a load of poppcock, rubbish, stuff & nonsense. Okay, /rant.

10. Martin Wolf with a masterly article on interest rates and global capital flows. I love Martin Wolf. I also love the word "masterly." Luckily, the two often go together.

12. Matt Yglesias is in his element when talking about land use.

13. Tyler Cowen links to a Bob Hall paper that shows that DSGE is not the only way to go when making microfounded models. Very important!

14. Cowen also links to some Mike Mandel research showing that much of the "productivity gains" in U.S. manufacturing over recent decades haven't been the type of gains we'd most like to see.

15. Cowen is on a roll, linking to a paper that shows that government transfers never seem to go down, meaning that government purchases (i.e. the actually useful stuff) have to fall more and more in order to balance the budget after each cyclical downturn. Conservatives to the rescue? Only if they can embrace Peter Thiel Conservatism, and make a mental distinction between govt. purchases and transfers!!