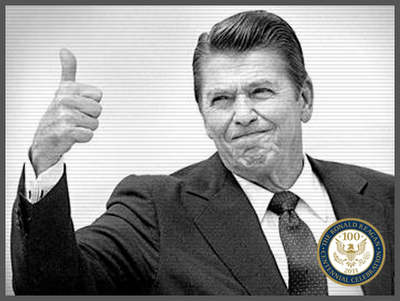 I am in a bad mood, and like many bloggers, when I am in a bad mood I go looking for stupid things that people have said on the Internet, in order that I may slap these stupid things down like errant hockey pucks. Sometimes this gets me into trouble, when I mistakenly think something non-stupid is, in fact, stupid. Fortunately I have discovered a fool-proof solution to this problem - a bottomless gold mine of stupid, an immortal cyborg goose that forever pops out eggs of pure burnished 24-karat stupid. This, of course, is the Wall Street Journal editorial page. Thank you, Rupert Murdoch, for providing me with late-night cathartic therapy.

Today's golden egg of stupid comes courtesy of writer Allysia Finley, who to her credit has an awesome name, but to her opposite-of-credit (detriment? discredit?) has apparently attained her current job by mastering the cringe-inducing pastiche of late-70s-vintage conservative buzzwords, dog-whistles, and sheer poppycock that represents the overhead cost WSJ writers must pay in order to convince their readers that they are In The Tribe. Her article is actually an interview with Joel Kotkin, a rotund mustachioed man who seems to be quite a Respected Scholar in conservative circles, despite the fact that his official job seems to the untrained observer to be nothing more glamorous than "fellow at Chapman University and the Legatum Institute, a London-based think tank". According to Kotkin's Wikipedia page, he is famous for extolling the suburbs and denouncing rail transit. No wonder they love him.

In the interview with Allysia Finley (gosh I love that name, I am totally naming my son daughter "Allysia"), Kotkin unleashes a long diatribe against the state of California. He first calls attention to what appears to be a massive exodus from the Golden State:


Nearly four million more people have left the Golden State in the last two decades than have come from other states. This is a sharp reversal from the 1980s...

Wow, California must be well on its way to being a ghost town. Oh wait, no. Because during those past two decades, immigration more than made up the difference. California's population has risen from 29.8 million to 37.3 million.

Now here, early on, comes the part where Kotkin says something smart. Stupidity is far more annoying when it is mixed with a dash of smart. Here he goes:


Part of California's dysfunction, he says, stems from state and local government restrictions on development. These policies have artificially limited housing supply and put a premium on real estate in coastal regions.

Yes! And doesn't this explain the internal migration away from California? As immigrants have poured in from Asia, Mexico, and elsewhere, California residents have been priced out of the real estate market.

So shouldn't we...um...lift those restrictions on development? NO, sayeth Kotkin:


And things will only get worse in the coming years as Democratic Gov. Jerry Brown and his green cadre implement their "smart growth" plans to cram the proletariat into high-density housing. "What I find reprehensible beyond belief is that the people pushing [high-density housing] themselves live in single-family homes and often drive very fancy cars, but want everyone else to live like my grandmother did in Brownsville in Brooklyn in the 1920s," Mr. Kotkin declares.

So people are moving away because housing is too expensive, but increasing housing density is a no-go because it's undignified? "Government development restrictions" are bad, but high-density housing - which is currently prevented by government development restrictions, as Matt Yglesias will tell you - is going to "cram the proletariat" into some kind of communist dachas?!

What alternative does Mr. Kotkin suggest? Building huge expanses of far-flung exurbs that let everyone have a McMansion and drive an hour and half each way to work every day? Oh wait, they have tried that, it's called the Inland Empire. It's in California (Hello! Anybody home??). And it is being abandoned, as it proves to be economically non-viable. Across the country, in fact, Americans are fleeing the exurbs in record numbers and heading for higher-density urban areas.

So much for Joel Kotkin's proletarian sprawltopia.

Next, the author injects a little dash of concern-trolling:


Mr. Kotkin describes himself as an old-fashioned Truman Democrat. In fact, he voted for Mr. Brown[.]

Notwithstanding all of the subsidies the state lavishes on renewables, green jobs only make up about 2% of California's private-sector work force—no more than they do in Texas.

Of course, there are plenty of jobs to be had in energy, just not the type the new California regime wants. An estimated 25 billion barrels of oil are sitting untapped in the vast Monterey and Bakersfield shale deposits. "You see the great tragedy of California is that we have all this oil and gas, we won't use it," Mr. Kotkin says.

Why would shale jobs be a much bigger deal than solar and wind jobs? In fact, both are highly capital-intensive industries. But much of the research for renewable technology is done in California, while much of the research for fossil fuel technology is done in Texas. Kotkin's dream that "drill here, drill now" could save the California economy is nothing more than the exact same fantasy that has become the Republican Party's hallucinogen of choice since 2008.

(In fact, California would do a lot more business from legalized marijuana. Unsurprisingly, Kotkin fails to mention this.)

Next on the list of off-the-shelf Republican talking points is - unsurprisingly - taxes!


Meanwhile, taxes are harming the private economy. According to the Tax Foundation, California has the 48th-worst business tax climate. Its income tax is steeply progressive. Millionaires pay a top rate of 10.3%, the third-highest in the country. But middle-class workers—those who earn more than $48,000—pay a top rate of 9.3%, which is higher than what millionaires pay in 47 states.

Wow, Cali is blasting down the Road to Serfdom in a Tesla Roadster. Only...no. Because Kotkin fails to mention the reason state income taxes are that high. You see, since 1978 (when normal people might have actually used the word "proletarian" in casual conversation; I don't know, I wasn't born yet), California has had something called Proposition 13, which caps property taxes at very low levels. Property taxes (which are one of the most efficient forms of taxation) go to pay for things like schools and local government, so in the absence of property taxes, California has had to raise other taxes quite a lot. In fact, Cali's taxes are too low, not too high. They're just the wrong kind of taxes.

Next up, we have some pure unadulterated old-fashioned bullshit:


"[I]f you're a guy working for a Silicon Valley company and you're married and you're thinking about having your first kid, and your family makes 250-k a year, you can't buy a closet in the Bay Area," Mr. Kotkin says.

The median home price in the Bay Area is indeed high: about $358,000. For an income of $250,000, that gives a price-to-income ratio of about 1.4. This is lower than the average price-to-income ratio for housing in any major U.S. city, and far lower than the national average. In other words, while housing in the Bay Area is not cheap, if you have $250k you will easily be able to buy a house. I have friends and family in the Bay who make less than this and own very nice houses in Silicon Valley and North Berkeley. So Kotkin is just spewing forth falseness.

And it doesn't stop! This little jaw-dropper may be the most awe-inspiring of all:

As a result, California is turning into a two-and-a-half-class society. On top are the "entrenched incumbents" who inherited their wealth or came to California early and made their money...

It's "a very scary political dynamic," he says. "One day somebody's going to put on the ballot, let's take every penny over $100,000 a year, and you'll get it through because there's no real restraint."

So California's decadent rich are intent upon having the state government take every penny of their riches, thus rendering themselves instantly non-rich? California is about to become a communist plutocracy?

Does Joel Kotkin even, you know, think before the words bounce trippingly forth from his tongue?

Now, to round out the whole spectacle, we get the obligatory hagiographies of Reagan, Texas, conservatism, the South, the other Red States, and fossil fuel industries:

California used to be more like Texas—a jobs magnet. What happened? For one, says the demographer, Californians are now voting more based on social issues and less on fiscal ones than they did when Ronald Reagan was governor 40 years ago...

Mr. Kotkin lists four "growth corridors": the Gulf Coast, the Great Plains, the Intermountain West, and the Southeast. All of these regions have lower costs of living, lower taxes, relatively relaxed regulatory environments, and critical natural resources such as oil and natural gas.

OK, that is the end of the article, and man am I glad, because I am getting low blood pressure from lying here so long. But I had to do it, because there was just so much nonsense in this article. It was nothing more than a dog-whistle symphony packed chock-a-block with contradictory claims, bad numbers, and Republican talking points.

In other words, it was great cathartic therapy. Rest easy, depressed people of the world...someone has said something stupid in the Internet. And you never need to look very far to find it.
Author: Noah Smith Posted at 1:27 AM