Cyclicalists should start talking about structural issues too. 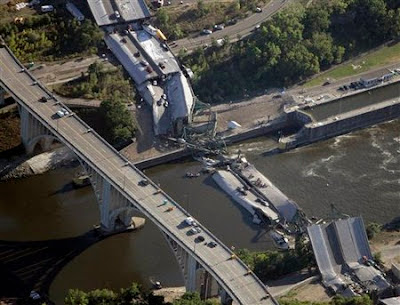 I could count on my fingers the number of times Paul Krugman has obviously been wrong about something, and still have enough fingers left to type 60 words per minute. But if there's one thing I've learned in my years of arguing with people, it's that if you're not in math or the natural sciences, being right on the merits is never good enough to win an argument. You have got to win hearts and minds.

Krugman has convinced a huge chunk of the populace that there is something seriously wrong with macroeconomics. That is good. But he seems not to have made much headway in garnering intellectual support for more active countercyclical policy. As an illustration of this, consider the recent push for "structural" explanations of our current high unemployment rate. Raghuram Rajan, David Brooks, and Tyler Cowen are all confidently asserting that our problems are structural, not cyclical. This point of view is seconded by Greg Mankiw and John Cochrane and echoes recent comments by Jim Bullard.

Now, it is true that these "structuralists" (to use Brooks' term) are in some sense just the usual suspects. For these people to support, say, quantitative easing would be to go against their political instincts. But in 2009 you did not hear these people arguing nearly as strongly or loudly that everything was structural, because in 2009 this point of view was far less credible. The fact that no one now feels ashamed of making structuralist claims shows that the winds of public opinion are starting to shift against Krugman and the "cyclicalists".

In response, Krugman has rebutted the structuralist argument with data (see here, here, and here). He is joined by Scott Sumner, Karl Smith, Mike Konczal, Ezra Klein, and other cyclicalists. On the merits, their case is very strong. It is much stronger than the case of the structuralists, which seems mostly based on assertion and repetition, and includes a fair bit of confusion (for example, Cowen claims that we have a drought of government investment, and then claims that there is somehow a tradeoff between government investment and fiscal stimulus; Cochrane seems to think that Keynesians believe that negative AD shocks move the economy to a slower long-term growth path). If economic policy arguments were settled on the basis of logic, the cyclicalists would be winning.

Why? I suggest several reasons:

1. People intuitively understand structuralist ideas, which is to say they intuitively understand long-run supply. They do not intuitively understand aggregate demand. Anyone who has taught undergrad macro knows this fact. And though intuition and common sense are not a good substitute for scientific expertise, it is not certain who constitutes an expert, and when trillions of dollars are on the line, people have a tendency to go with their gut rather than listen to some smart guy with a confusing theory.

2. Many people just don't care about business cycles, and assume that even without help, the economy will recover in a few years.

3. Many people want (quite reasonably!) to use the ongoing economic troubles as an opportunity to win political backing for their favorite structural reforms - as the saying goes, "never letting a good crisis go to waste".

4. Many people are worried about structural problems anyway, regardless of where we are in the business cycle.

So if I'm right, Krugman and the cyclicalists can unload as many pretty graphs and impressive numbers and inventive models and carefully argued paragraphs as they like, and it will make very little difference to what most people think. A new rhetorical approach is needed.

For this new approach, I suggest that Krugman and others start talking about structural policy ideas.

I do not mean that cyclicalists should stop recommending things like quantitative easing. I mean that they should start also throwing out ideas about how to improve our economic performance in the long run. They should do this for two reasons.

The first reason is that many policymakers and members of the public currently think that there is a tradeoff between cyclical policy and structural policy. In general, contra Tyler Cowen, this is not true. If you think that deregulation is what we need to grow more in the long run, then you should realize that there is no tradeoff between deregulation and quantitative easing, or deregulation and stimulus. Ditto for free trade. Ditto for corporate tax cuts (as long as income taxes are raised to keep revenue the same). Ditto for policies to improve education. Ditto for policies to improve labor search and matching. In the case of the government investment that Tyler Cowen says we need more of, good structural policy also makes good countercylical policy! In fact, the only "structuralist" policies - if you can call them that and keep a straight face - that conflict with countercyclical policy are austerity and hard money.

Krugman and some of the cyclicalists have focused the vast majority of their attention on cyclical issues. But this reinforces the (mistaken, misleading) claim of the structuralists that there is a tradeoff between the short term and the long term. One more Krugman blog post is not going to convince anyone to support stimulus, QE, etc. But one more Krugman blog post dedicated to discussing long-term issues will do a lot to convince readers that there is no policy trade-off. In other words, the marginal value of Krugman devoting more time to cyclical issues is negative.

The second reason for cyclicalists to discuss structural policy is political. The people advocating "structuralist" policies are, right now, mostly conservatives. Their ideas about long-term growth policy are basically more tax cuts and more deregulation. Only occasionally, if ever, do these "structuralists" call for repairs to our disintegrating infrastructure, or increased spending on research, or ending the dollar's reserve currency status. And the conservative "structuralists" have ideas about education, health care, and occasionally immigration that strongly diverge from what liberal "cyclicalists" would be promoting if they bothered to talk about structural policy more often.

In other words, while liberals throw all their energy into a losing rearguard action against austerity, conservatives are winning the future.

This is why I call for a balance between discussions of cyclical policy and discussions of structural policy. Yes, it would still be good if we got more QE. Yes, European-style austerity is a real danger. But continuing to hammer home these points with logic and reason is yielding diminishing returns. Logic and reason are good things to have, but by themselves they do not win arguments. If I have a choice between proving I'm right and winning, I'll pick winning every time...


Update: Here is a good example of what I'm calling for!
Author: Noah Smith Posted at 4:10 PM