Riled by the wrongness of Raghuram Rajan 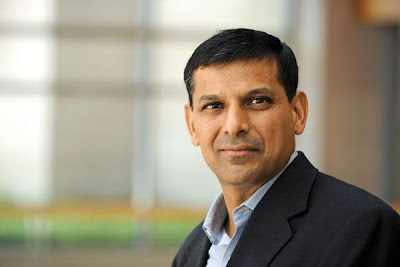 Once more, it's time for me to take advantage of the large number of R's in Raghuram Rajan's name to create a catchy blog post title, for once more, the eminent finance professor has written an article that I believe to contain a substantial quantity of Wrong. Rajan's article in Foreign Affairs, titled "The True Lessons of the Recession," is a call for austerity, pro-growth structural reforms, and other Stuff Conservatives Like. The piece has already sparked controversy in the econ blogosphere - Tyler Cowen says "every paragraph of [the] piece is excellent", while Karl Smith calls it "nonsense on stilts". As you may guess, I agree more with the other Smith. Though Rajan gets some things right and some things wrong, I have three major problems with his analysis: 1. His reading of economic history appears to fall victim to several common misconceptions, 2. His focus on structural reform doesn't make a lot of sense for the U.S., and 3. His conclusion that "the West can't borrow and spend its way to recovery" seems to just come out of nowhere.

Much of Rajan's article is devoted to a sort of folk history of the global economy since World War 2. Most of this I have no problem with. But some of it is appallingly false. For example, how many times has this narrative been dissected and rejected?

Cynical as it may seem, easy credit was used as a palliative by successive administrations unable or unwilling to directly address the deeper problems with the economy or the anxieties of the middle class...

Bankers obviously deserve a large share of the blame for the crisis. Some of the financial sector’s activities were clearly predatory, if not outright criminal. But the role that the politically induced expansion of credit played cannot be ignored; it is the main reason the usual checks and balances on financial risk taking broke down. (emphasis mine)

The idea that U.S. housing policies caused the housing bubble and the financial crisis remains a part of the conventional wisdom only because Republicans keep saying it over and over. The evidence is strongly against this interpretation of events. I could rattle off a million links to back this up, but why bother? Everyone with two eyes can see that the rise in securitization, not any federal policy, is what increased the demand for risky housing loans. Rajan does not even mention securitization.

Or take this nugget of bad CW:


Some countries focused on making themselves more competitive. Fiscally conservative Germany, for example, reduced unemployment benefits even while reducing worker protections....[O]ther European countries, such as Greece and Italy, had little incentive to reform[.]

"Fiscally conservative" Germany? But Germany's government debt is 83% of GDP; for most of the period Rajan is discussing, Germany ran deficits as big or bigger than the countries Rajan castigates.

To sum up, it seems to me that ideological conservatives, Republican partisans, and European "austerians" have managed to repeat certain fictions long enough and vehemently enough that these fictions have seeped into the worldviews of conservative-leaning economists like Rajan. But fictions they are.

Now on to Rajan's prescriptions for improving the economic situation. Rajan says that "pro-growth" structural reforms are the answer for the South European states:


[T]he best short term policy response is to focus on long-term sustainable growth...Countries that don’t have the option of running higher deficits, such as Greece, Italy, and Spain,should shrink the size of their governments and improve their tax collection. They must allow freer entry into such professions as accounting, law, and pharmaceuticals, while exposing sectors such as transportation to more competition, and they should reduce employment protections...

OK, assume for the moment that Rajan is right - suppose these countries "don't have the option of running higher deficits", and suppose that these structural reforms are obviously good ideas, and that these reforms would make a big difference.

Now, what about the United States?

The United States, not being part of the EU or the euro, has plenty of scope to both borrow money and engage in looser monetary policy. But Rajan takes his prescription for South Europe and applies it to the United States in an almost cut-and-paste fashion:


The United States must improve the capabilities of its work force, preserve an environment for innovation, and regulate finance better so as to prevent excess.

He then lists a number of reforms that he thinks would benefit the U.S. Actually, I agree with most of these ideas! What I don't agree with is Rajan's conviction that such reforms would make a big difference.

See, back in the 80s, the U.S. already did a lot of the reforms that Rajan recommends for Europe. Rajan himself points this out. Therefore, the U.S., though it is now facing the same high unemployment levels suffered by Europe, has far less scope for easy reform. That's the problem with trying to use structural reform as countercyclical recession-fighting policy; eventually you run out of reforms!


Is this some kind of sick joke?

Is there an area in which our policy initiatives have more consistently failed than in producing long term sustainable growth? Do we even have a consensus on how long term growth got started in the first place? Do we have a solid story to explain growth differentials today?...

[E]fforts to increase TFP or educational effectiveness...[are] what folks have been desperate for my entire life. If we knew how to get it, we would.

Finally, let's talk about Rajan's big conclusion. The subheading of Rajan's article is "The West Can’t Borrow and Spend Its Way to Recovery". But Rajan seems to draw this conclusion out of thin air. He offers no reason why fiscal stimulus won't work in the United States. Maybe such reasons exist. Maybe Rajan has them in his head. But he doesn't say what they are; he just asserts this claim as if it follows from the rest of his article, when in fact he never makes the case. Even when talking about Europe, he just states that countries like Spain "don't have the option of running higher deficits", when in fact Spain has considerably less debt than Germany.

I don't like this. When well-respected people like Raghuram Rajan repeat these claims over and over in the popular press, they become a part of the conventional wisdom, and give ammunition to vested political groups (e.g. Republicans) looking for intellectual cover for their narrow interests.

And I just generally dislike this trend of substituting conservative harrumph-ing for thoughtful economic analysis. Harrumph, austerity is healthy and stimulus is waste! Harrumph, government attempts to help the poor must be at the root of any market failure! Harrumph, North Europeans work harder and save more than South Europeans! Etc. etc. Yes, I realize that macroeconomics is really hard, and that we just don't understand the vast majority of what is going on. But I think that makes it all the more important to ignore the sweet seductive siren song of one's own politico-cultural biases.
Author: Noah Smith Posted at 6:20 PM