Reasons for "apparent status quo" bias at the Fed 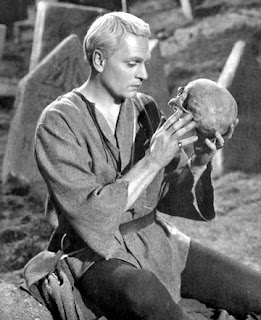 As a follow-up to my last post, I want to think out loud a little more about why the Fed should have a bias toward doing nothing. Warning: these thoughts just came off the top of my head, and may be crazy. But anyway...

For a doctor, status quo bias makes sense, because of the principle of "first do no harm". For a government, status-quo bias in the form of laissez-faire bias makes sense when you believe in free markets. But the Fed is different. Because for the Fed, "doing nothing" is not really doing nothing! Even when the Fed is keeping interest rates unchanged and refusing to engage in quantitative easing (as it is now), it is still printing money, and it is still managing expectations. (In fact, since silence affects expectations differently the longer you keep it up, Fed policy is always changing even if the Fed clams up completely!) What looks like the "status quo" is really only the apparent status quo.

So why would the Fed have a natural bias toward seeming to do nothing? I thought about it, and came up with the following reasons:

1. Internal politics bias. The Fed's decisions are probably dependent on some sort of internal decision-making procedure in which the opinion of the different governors are taken into account in some way. Current Fed actions reflect a balance between hawks and doves. As long as this balance is stable, the Fed will be biased away from taking any apparent actions. Only outside events or a change in the opinions or composition of the factions within the Fed will alter the balance of power.

3. Credibility bias. Again, people tend only to pay attention to what the Fed seems to do, rather than what  the Fed actually does. And each time the Fed seems to do something, it makes people more uncertain as to what the Fed actually wants, what it knows, what it believes, and what it is planning to do. The Fed values credibility, so it will seek to minimize taking headline-grabbing actions that make people actively wonder what the Fed is going to do in the future.

4. Asymmetric model uncertainty. This applies specifically to the Fed's reluctance to engage in quantitative easing. Paul Krugman has discussed this before. To make a long story short, history has seen many changes in the Federal Funds rate, but not many instances of QE, so it's more difficult to select a model to give you guidance when contemplating QE than when contemplating routine open-market operations. Therefore, to do QE, you have to take a much bigger leap of modeling faith. This will bias the Fed toward apparent inactivity when short-term nominal interest rates are at the Zero Lower Bound, as they are now.

So these are some reasons why Fed policy might currently be "stuck". Hawks inside the Fed are not strong enough to make Bernanke raise interest rates, and this will probably be the case for the foreseeable future. But a combination of reputation bias, credibility bias, and model uncertainty make Bernanke very reluctant to engage in further QE. And a combination of reputation bias and credibility bias make Bernanke reluctant to make additional statements about future Fed policy.

So what can academic economists do to convince Bernanke to do more QE? Well, they can write papers about QE, thus reducing (slightly) model uncertainty. They can try to get the public to realize that Fed "inaction" is really just stealth action, by couching their public complaints in different terms ("Why is the Fed doing X" rather than "Why is the Fed doing nothing"). But these efforts are not likely to have huge success. Is there any other way to reduce "apparent status quo" bias? I'm not sure.
Author: Noah Smith Posted at 4:18 PM