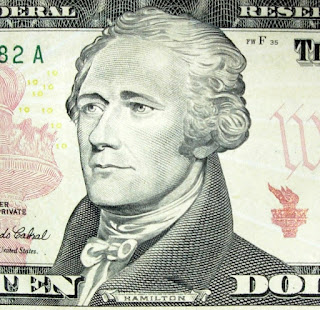 Is America waking from its long libertarian daydream? For years, many of our brightest intellectuals embraced the simplistic idea that "government is the problem". This attitude required denying the existence of public goods, i.e. areas where government activity complements private markets rather than replacing them. As a result, we neglected roads and other infrastructure, and partially privatized prisons and the army.

However, there are clear signs that libertarians - by which I mean the intellectual vanguard of the movement, not the Ron Paul goonballs - are, as a group, reconsidering the simplistic 1970s worldview. Here's Peter Thiel calling for all sorts of public goods. Here's Alex Tabarrok doing the same. Will Wilkinson, a Cato alum, has explicitly made the argument that public goods provision by the government can enhance personal freedom (a point I've tried to make as well). And now we have Tim Lee, a Forbes writer and former Cato dude, declaring "We're all infrastructure socialists now":


Socialism means government ownership of the means of production, and governments necessarily own the land on which roads are constructed. Therefore, governments are always going to be involved in the provision of roads; the only question is what role the government should play...

First, allow me to quibble with Tim's terminology (because hey, this is Blogs). "Socialism", to me, doesn't quite mean "government ownership of the means of production". Instead, it means, as Wikipedia puts it, "an economic system characterized by [government] ownership and/or control of the means of production" (emphasis mine). I think the two are very different things. A system in which the government attempts only to do those things that complement private markets does not seem like a system that is characterized by government production. Instead, it seems like one that is characterized by private production, since in such a system government activity is constructed with the intent to maximize the efficiency of the private production system, not vice versa. So let's not call public goods "socialism".

OK, quibble aside, Tim has a good point, though of course it's not necessarily true that govt. owns the land that roads are built on. Instead, it's typically the case that govt. solves a coordination problem by invoking eminent domain in order to get the roads built, or by coordinating among a large number of land owners. The larger point is that there are things that are much much much easier for government to do than private actors, and that these things often improve the efficiency of markets, and that infrastructure is a prime example.

Here's a follow-up column by Tim on the subject of subways.

This is, in my opinion, a wonderful trend. Alexander Hamilton, the father of our nation's economic system, basically made public goods (then called "internal improvements") his baby. Friedrich Hayek, the consummate libertarian of the early 20th century, supported government provision of infrastructure (as Tim Lee points out). But many American libertarians of the 70s onward scoffed at infrastructure, viewing it as pork or waste. Of course this can happen (witness Japan in the 1990s), but neither is it true that infrastructure is optimally provided by the private sector. To get the right amount of infrastructure, our only hope is to make government work optimally rather than getting government "out of the way". That America's libertarians are returning to this view is, in my opinion, the most positive intellectual trend happening today.

So, all together now, let's repair the roads!
Author: Noah Smith Posted at 1:52 AM