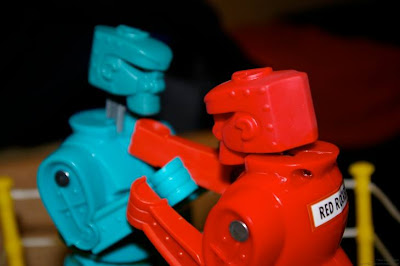 Robert Barro is the third most cited economist in the world. He's the true inventor of "Ricardian" Equivalence, to which he was too humble to attach his own name. He's also the creator of the "rare events" theory of asset pricing, which I personally believe to be an epic win for finance theory. Most consider it inevitable that he will be awarded a Nobel Prize.

And yet today when I read Robert Barro's editorial in the Wall Street Journal (hat tip Greg Mankiw), I found myself significantly underwhelmed.

Most of Dr. Barro's column is dedicated to showing that our economy is recovering much more slowly than it should. This is fine, I guess; it's the same thing everyone else is saying. It would have been nice to see Barro at least acknowledge the possibility that the GDP "trend" is not a law of the universe. He could have given a nod to Greg Mankiw's "unit root" hypothesis (which holds that shocks to GDP are permanent). But all in all, I'm not going to argue with the idea that our recovery could and should be faster.


What's interfering with a real recovery? Perhaps the Obama administration should stop casting blame elsewhere and examine the policies it has implemented to ease the pain of recession and falling housing prices...

Consider the expansion of social-safety-net programs, including food stamps, unemployment insurance, Medicaid (prospectively) and housing and mortgage programs. In a study published last month by the National Bureau of Economic Research, University of Chicago economist Casey Mulligan observed that, because these programs were means-tested (falling or ending as income rises), expanding them raised the effective marginal tax rate on labor income.

Specifically, Mr. Mulligan estimates that the effective marginal tax rate for low-income households went from around 40% in 2007, before the recession started, to about 48% in 2009, at the start of the recovery. Thus, while these programs may be attractive from the standpoint of assisting poor families, they dilute incentives to work.

Let me know how that one works out, Casey.

After relying on the dubious hypotheses of C. Mulligan to diagnose the slow recovery, Barro offers his prescription (and it is here where I really become annoyed):


To achieve a real recovery, government policy should focus on individual incentives to work, produce and invest. Central here are tax rates and regulations, including especially clarity about future policies. In a successful policy package, the government would get its fiscal house in order and make meaningful long-term reforms to entitlement programs and the tax structure.

So now it's time for me to haul out all the old counterarguments to the standard Republican program. First of all, there's the obvious question: What happens when we've cut all the taxes and spending and deregulated all the regulations, and we happen to have another recession? What do we do then? Throw up our hands?

Then there's the historical point: Bush cut taxes and deregulated back in the early 2000s, and that didn't exactly do wonders for the economy. That can't have escaped notice, can it?

And so on, and so forth. All of these points have been made before and will be made again. Because the advocates of "cut taxes, cut spending, deregulate" never seem to waver. They simply march ahead, blaring the message from the pages of the Wall Street Journal editorial page with all the self-doubt of an army of robots.

I mean, I like "individual incentives to work, produce, and invest". That sounds awesome to me; sign me up. Incentives rule. I just have an incredibly hard time believing that the things that are disincentivizing us from working, producing, and investing are taxes and regulation. There has got to be a lot more to the story! And what's more, it seems to me that recession-fighting policy should be something in addition to stuff we should do 365 days a year, 10 years a decade.

The thing is, Robert Barro is a really, really smart guy. He can come up with something better than the same old Republican chestnuts. Or does he think that sort of thing is needed to balance out Paul Krugman's constant calls for stimulus, in a Hegelian, dialectical, "I don't totally buy this but I'm going to say it to cancel out the guy on the other side" sort of way?
Author: Noah Smith Posted at 1:34 AM