Why did the finance industry get so big? (guest post by Dan Murphy) 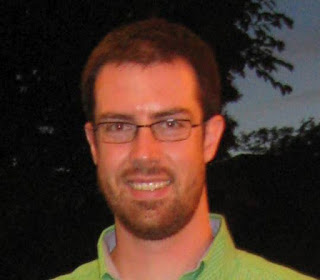 Dan Murphy is a fellow graduate student here at the University of Michigan, and will be going out on the job market next year. We were having a discussion about why the finance industry might have gotten so large in the U.S. in recent decades, and he decided to write up his thoughts on the subject, so here they are!

In an earlier post Noah solicited possible explanations for the increasing share of value added of the finance sector over the past half century, and especially the rapid increase in the 2000s.  I thought I’d throw a few ideas into the conversation.

To understand why the share of income received by finance has increased, it is first important to discuss how finance adds value and generates income.  I can think of three primary services that financial institutions provide:

1) Making Markets:  Financial institutions often act as a marketplace, matching buyers with sellers.  In return for this service the institutions charge a fee, and this fee is counted as their value added.  This function of financial institutions can be compared to the function of a farmers’ market that provides a centralized meeting place for farmers to trade their produce.  A group of people organize the market (find the location, provide tents and porta-pottys, etc), and in exchange the market organizers are paid a percentage of every transaction that takes place.  The organizers have an incentive to promote trade because their income is growing in the volume of transactions.  In the U.S. economy, financial institutions are the market organizers, and their income grows with the volume of transactions (GDP).  For example, credit card companies facilitate our purchases, and they earn a fee every time we buy something with a credit card.

2) Managing Risk:  This is really a specific subset of the first category, but it is an important enough function to warrant further discussion.  Financial institutions manage counterparty risk, and in exchange they are paid a fee (often referred to as a “haircut”).  More concretely, consider a wheat farmer (let’s name him Fred) who observes that the current price of a barrel of wheat is $10.  At that price he is willing to plant enough seeds for X barrels of wheat.  The problem for Fred is that the price of wheat may fall by the time of harvest, in which case he will wish that he hadn’t put in so much effort planting wheat.  Financial institutions can solve this problem for Fred by promising to purchase wheat from him for just under $10 at the time of the harvest.  Fred is willing to accept the slightly lower price in exchange for price certainty.

Meanwhile, consider a baker (let’s name him Ben) who purchases wheat to bake bread.  He can sell a loaf of bread for $5, and his profits from the sale depend on how much he must pay for the wheat.  Ben is happy when the price of wheat falls, and he very unhappy when its price increases.  Therefore he is willing to pay a small fee to guarantee that he will be able to purchase wheat for around $10 a barrel for the next year. Financial institutions help Ben by promising to sell him a barrel of wheat after a given amount of time for just over $10.  In doing so, they offset their risk exposure to their contract with Fred through their contract with Ben, and in the process they earn a fee.

3) Investment Intermediaries:  Financial institutions manage investments for clients and offer advice (on investing, planning for retirement, etc).  Many savers are willing to pay for these services because they a) believe that financiers have expertise that will earn them a higher return on their savings, and b) because they need an intermediary to help them purchase assets (if I want to buy gold (I don’t), presumably I’d ask a financial institution for help rather than walking around with cash and a wheelbarrow).

Borrowers pay financial institutions to help match them with willing lenders.  Often this takes the form of duration transformation, in which finance companies borrow from short-term savers to lend to borrowers over a long time horizon.  For example, financial institutions help cities issue long-term municipal bonds to pay for roads and schools.

Now that we’ve laid out some of the basic functions of the finance industry, let’s see if we can find a reason that its value added should increase so drastically.

Making Markets:  Based on our example above, it appears that the value added of making a market is in “greasing the wheels” of trade in goods and services.  If this is true the value added of financial institutions should grow in proportion to the growth of output (trade), holding constant the cost of greasing the wheels.  Of course the costs of facilitating trade have likely decreased over the past half decade.  Consider credit cards:  You may purchase the same amount of groceries as you did twenty years ago, but since your now use a debit card instead of a check, the cost to your bank of facilitating that purchase is much lower.  Could such cost-cutting increase the profit share of the finance industry?  If the banking services industry is noncompetitive, then perhaps, but even in this case it’s difficult to explain such a drastic increase, especially between 2000 and 2007.

Managing Risk: One reason that the value of risk management could grow more than the aggregate value in the economy is that as the economy grows, there is more risk to hedge.  For example, as aggregate income grows, consumers want to insure against more events in their lives (life insurance, for example).  Our ancient ancestors’ income was so low that it was all spent on food.  Since all adults spent their time hunting and gathering just enough to feed their own families, there were no “financiers” available to help people insure against a wolf killing the head of the household.  Contemporary Americans can produce food at much lower cost, and thus we can devote labor resources to managing insurance contracts.  But people have been able to insure against a range of events in their lives (floods, fires, death, etc) for decades, so I can’t imagine that an increase in demand for life insurance can fully account for the increase in the value of the finance industry.  It is true that firm-level risk has increased through the 80s and 90s (Diego Comin has done extensive research on this topic), and this increase in risk could correspond to higher demand for insurance.  But again, the acceleration in finance’s value added share in 2000 did not correspond to acceleration in idiosyncratic risk.

Investment Intermediaries:  Here I think is our answer for the rapid increase in the observed value added of the finance industry around 2000.  My guess is that the average person believes that financiers have superior knowledge of investing, and that this superior knowledge will earn them higher returns on their savings.  There are two primary effects that increase the computed share of value added attributed to the finance industry:  Fist, when returns are high, as had been the case in housing and stock markets until the recession, retail investors (and even pension funds) are less concerned about the fees they pay to fund managers (my wife didn’t know she paid fees, she just sees how much money is in her account, and if it’s more than the last time she looked, she’s happy.  I hear that some pension funds operate under similar rules of thumb).  If I give you $10, and you return me $20, I’m not overly concerned with the fact that you could have returned me $25 but instead kept $5 for yourself.  You tell me that you are special, and that you earned it, and I am happy enough that I just doubled my net worth that I don’t think twice, especially when other supposedly talented fund managers are also charging high fees.  This effect will be exacerbated when cash and bonds offer low returns while other assets (stocks, housing) offer sky-high returns because investors are even more likely to believe that the fund managers were special enough to earn higher returns than those offered by the savings account at the local credit union.

Note that this explanation does not require that we specify why returns for some assets are higher than others.  But I will simply suggest that if investors seek high yields by investing with managers who hold an appreciating asset (perhaps housing), that behavior could contribute to a price bubble and increase the share of value added attributed to the finance industry.  Interestingly, finance’s share of value added grew disproportionately along with the price of housing leading up to the recession in 2008 and fell during the recession.

Of course the high fees paid to financial intermediaries raise the following question:  Why has competition among financiers not prevented high fees from increasing their share of the returns to asset price appreciation?  In other words, if you reap a massive profit by charging me $5 to manage my money, why does someone else not offer to charge me $4?  One reason may be that you are Goldman Sachs, and you have established a reputation that you are worth the $5 (regardless of whether this is true). Since I don’t know the “true” value that your service adds, I simply assume that you are worth the $5.

Similar phenomena occur in other markets.  For example, I bought basketball shoes last week, and because I haven’t bought shoes in ages I have no idea which brand is the highest quality.  Nikes were $30 more expensive than what appeared to be a similar shoe from another brand.  Since Nike has established in my feeble mind a reputation for making quality basketball shoes (through advertising perhaps), I forked over the extra $30.

I have not had the opportunity to purchase services from Goldman Sachs (my piddly graduate student stipend essentially becomes cash temporarily stored under my mattress).  But I imagine that if I did have reason to do so, especially before the financial crisis, I might be willing to pay their exorbitant fees, especially if they are selling the opportunity to make money.  If Nike sells me the chance to dunk, I will gladly buy even if some Nike employee gets to dunk ten times as much.  Likewise, if Goldman sells me the opportunity to make more money at the cost of some money, I will buy even if doing so allows them to makes lots of money as well.

So yes, I do believe that some of the rising value of the finance industry is in its ability to efficiently facilitate trade and manage risk.  But another reason, which I would attribute to the acceleration in the growth of finance’s value added and profit shares around 2000, is likely due to the financiers’ ability to sell their services, an ability that grows in strength when certain assets are appreciating because investors are willing to pay to hold appreciating assets.  If this appreciation is due to technological improvements, as in the 90s, then investors are, over time, benefiting from the financial services, even if at a high price.   But if the appreciation is due to a bubble, or to expected economic growth that does not materialize, then the incomes in the finance industry will increase without a corresponding increase in aggregate income, translating into a rapid rise in the finance industry’s observed share of value added.
Author: Noah Smith Posted at 10:57 AM