John Taylor uncovers a hideous threat to our freedoms 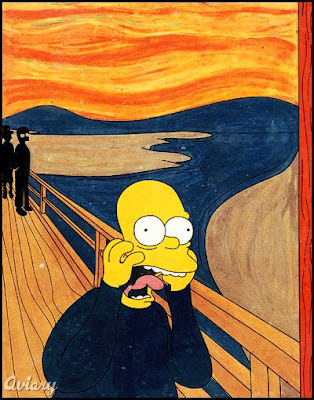 John Taylor uncovers a dire and hitherto little-known threat to the freedoms we Americans hold dear:

In a recent speech at Stanford former Wells Fargo Chairman and CEO Dick Kovacevich told the full story of how he was forced to take TARP funds even though Wells Fargo did not need or want the funds. The forcing event took place in October 2008 at a now well-known meeting at the U.S. Treasury with Hank Paulson, Ben Bernanke, as well as several other heads of major financial institutions...

“You might ask why didn’t I just say no, and not accept TARP funds.” [Kovacevich] then explained: “Hank Paulson turned to Chairman Bernanke, who was sitting next to him and said ‘Your primary regulator is sitting right here. If you refuse to accept these TARP funds, he will declare you capital deficient Monday morning.’ This was being said when we were a triple A rated bank. ‘Is this America?’ I said to myself.”...

According to Kovacevich: “It was truly a godfather moment. They made us an offer we couldn’t refuse.” It was also truly a deviation from the principles of economic freedom, such as those I have highlighted in my book First Principles—predicable policy, rule of law, reliance on markets, limited scope for government...

[A]fter his talk, I asked Dick Kovacevich why more business people were not speaking out on this important issue. He explained how he had in fact waited a long time after he left Wells Fargo before speaking out because he did not want to risk some kind of retribution. He said he thought many others had a “fear” of speaking out.”

In their book Free to Choose Milton and Rose Friedman wrote about this problem: “Restrictions on economic freedom inevitably affect freedom in general, even such areas as freedom of speech and press.” (p. 67) They quoted from a letter they received from business executive Lee Grace. I was reminded of this letter when I heard Dick Kovacevich answer my question. In the letter Grace had said “We grow timid against speaking out for truth…government harassment is a powerful weapon against freedom of speech.”

2. Wells Fargo suffered a ratings downgrade in December 2008, shortly after the events described. Something tells me it was not because they took TARP funds. Something tells me it was because they owned some amount of assets whose value had been called into question by the recent crisis. So Kovacevich's assertion that "we were a triple A rated bank" is a little disingenuous.

3. The "violation of freedom of speech" discussed by John Tayor is not based on anything anyone in the government actually did. It is based entirely - 100% - on the statement of one man, Dick Kovacevich, that he was afraid of "some kind of retribution" if he spoke out. First of all, Kovacevich obviously has a vested interest in saying this. But even if Kovacevich is being honest, he might not be right. There might have been no implicit threat from the government except in his own mind. But despite all this, John Taylor takes Kovacevich's statement at face value.

4. UPDATE: Commenter MaxUtility writes: "[H]asn't this episode been public knowledge for several years now? I guess all the government jack booted thugs threatening people to keep the secret got laid off." Pretty much.