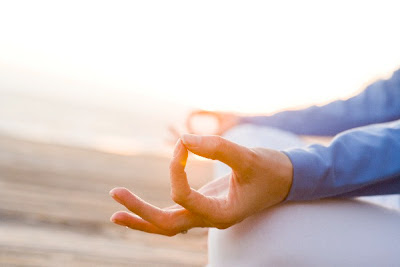 "We sell you the serenity to accept the things you can't change, the courage to change the things you can, and the wisdom to know the difference."
- advertisement for Metadesire, Inc. in "Utility Functions" (by Noah Smith, in progress)

What is the ultimate technology? Several suggestions have been made. One is faster-than-light travel, which (if allowed by the laws of physics) would open up the entire Universe to human exploitation. Another is self-bootstrapping artificial intelligence, which could (and hopefully would) invent anything humans could invent, and so save us from all further exertions. A third, much discussed in the past decade, is mind upload (sometimes called "brain emulation"), which would allow us to exist in any world of our choosing, and essentially be gods (as long as nobody pulled the plug from outside).

As ultimate technologies go, being a god is hard to beat. And mind upload makes faster-than-light travel look a little silly...why explore strange new worlds when you can just create them? But I think there is an even more ultimate technology out there for the taking - one that is probably a lot easier to create than any of the ones I named. That technology is desire modification.

First, let's imagine the ultimate form of desire modification (or "d-mod" as I will sometimes refer to it). In this ultimate form, each person would have a computer in his or her brain that could change his or her desires, habits, beliefs, personality, and emotions in any conceivable way. Here are some thoughts about what that would imply for the human species:

2. Such a technology would mean the instant end of economics as we know it. Utility theory assumes something called "local nonsatiation", which means that people always want more of something. With d-mod, local nonsatiation goes right out the window, since you can instantly dial yourself to a "bliss point" where you are just perfectly satisfied and don't want anything else. That's the end of scarcity.

5. However, not everyone will end up in the same cul-de-sac. The resultant "clades" of humans will be very, very different from each other, much more different than people are now. This will make human interaction very weird. In fact, in a sci-fi story I'm writing, I refer to the rapid adoption of d-mod as "The Weirdening", and I think the Weirdening would (will?) be even weirder and more important and less predictable than the "Singularity".

6. With humanity divided into clades by motivation and personality type, evolution would be very important. For example, suppose some people just decided to pump up their happiness to ridiculous levels, and eliminate all of their wants or needs - instant nirvana. These "happies" (note the semi-pun) might just sit on sidewalks, letting their beards grow long, until they either died of starvation (which is what rats do when given this option) or were kept alive by altruistic passers-by. Alternatively, imagine people turning themselves into "zipheads" who only care about work (I stole the term from Vernor Vinge). "Happies" and "zipheads" would quickly die off or be switched back to other personalities by concerned family and friends; in the end, they would be survived by clades who want long-term survival and possess more complex, well-rounded sets of motivations.

7. However, after all this talk of zombie slaves and Weirdenings, I should note that I personally think that d-mod will be pretty benign. Most people just want to be happier, more motivated, kinder versions of the people they already are. Although we could conceivably become a planet of bizarre posthumans, I think the more likely outcome is that we'll end up pretty close to where we started. But the extra life satisfaction that we'll get from d-mod, even so, will represent a bigger a boost to utility and happiness than any technology before or after. It will put the lie to the old (and wrong) idea that technology doesn't change human nature.

OK, so hopefully your mind is as blown as mine was when I thought of all this back in the summer of 2010. (Random aside: I did come up with all this on my own, after reading some Charles Stross stories about personality upload and thinking "How come these people have godlike control over their worlds but are still so dissatisfied all the time?" A little while later I happened to read Greg Egan's novel Diaspora, which had already explored most of these ideas and questions decades ago. So, while I can claim originality, I can't claim primacy for these ideas. For other sci-fi books that deal with d-mod technology, see Vernor Vinge's A Deepness in the Sky, George Alec Effinger's When Gravity Fails, and of course Aldous Huxley's Brave New World and Philip K. Dick's Do Androids Dream of Electric Sheep?).

Now, back to reality. Obviously we are a long way from the kind of d-mod I discuss above. But how far away? Rudimentary d-mod technologies already exist, and are already big business. The main examples are antidepressant medication such as Prozac, recreational pleasure drugs such as Ecstasy, and "study drugs" such as Adderall. Deep brain stimulation of the nucleus accumbens, used to combat severe depression, is another example. A third is meditation, which is used to increase calmness and sometimes reduce certain desires (remember, skills and techniques also count as "technologies" - Buddhists and others have been exploring d-mod for thousands of years). Motivational speakers, self-help books and courses, and psychotherapy also partly fall into the d-mod category. So the market is already there; d-mod is a product that sells itself.

The real possibility for the explosion of d-mod technology, and the resultant Weirdening, comes from advances in neuroscience, computer science, and the intersection between the two. Drugs are a blunt instrument; computer chips are precise. So watch this space. The "fourth industrial revolution" of desire modification will be the biggest and most important. And possibly the last. But if it's not the last, will it matter?
Author: Noah Smith Posted at 12:07 PM