A parable of one-way free trade 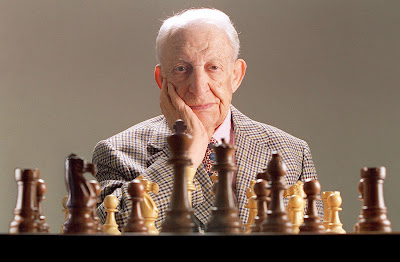 Trade policy is the Third Rail of Economics, because economists tell ourselves that free trade is the one thing all reasonable economists can agree on. By questioning free trade policy, I instantly flag myself as a crank. Well, so be it.

The basic idea behind free trade is the idea behind all free-market policies: Trade is voluntary. If private parties did not benefit from a trade, they would simply not engage in it. Using the government to prevent voluntary exchange is stopping people from doing things they want to do, and this is always bad.

However, note that in the case of international trade, there are, by definition, at least two governments involved, not just one. Either one of these governments can take actions that affect trade. Suppose that Government A takes actions that interfere with its trade with Country B. The "free trade" position is that Government B should never take any steps in response to the policy interventions of Government A. In other words, advocates of "free trade" insist that there is no strategic component to trade; that it is always undesirable to use government policy to "cancel out" or counteract the market interventions of another government. Note that this is a stronger claim than in the one-government case.

As an admittedly muddy and imperfect example of this sort of situation, which I call "one-way free trade", take the recent case of solar subsidies. Starting in 2009, the Obama administration began dishing out loans and grants for solar power companies, since solar power was predicted to be the industry of the future. But starting in 2010, China unveiled subsidies for solar manufacturers and exporters that dwarfed those offered by the U.S. With their profit margins fattened by the subsidies, Chinese companies cut prices drastically in order to grab market share. The price of solar power plunged, dipping below the 7% "Moore's Law" rate at which it had been steadily declining for three decades.

U.S. solar manufacturers, unable to compete with Chinese prices, went bust in droves. Solyndra, the highest-profile failure, was ridiculed as a boondoggle of industrial policy. Somewhat belatedly, the Obama administration imposed "anti-dumping" tariffs on Chinese manufacturers; it is unclear how many U.S. manufacturers have been saved by the tariffs, which have drawn strong disapproval from most economists.

Meanwhile, what happened to those Chinese manufacturers who got all those government subsidies? Patric Chovanec reports:

State subsidies have spawned dozens of Chinese Solyndras that are now on the verge of collapse.

Chinese solar companies blame many of their woes on the antidumping tariffs recently imposed by the U.S. and Europe. The real problem, however, is rampant overinvestment driven largely by subsidies. Since 2010, the price of polysilicon wafers used to make solar cells has dropped 73%, according to Maxim Group, while the price of solar cells has fallen 68% and the price of solar modules 57%. At these prices, even low-cost Chinese producers are finding it impossible to break even.

Chovanec draws the lesson that Obama's solar subsidies are a bad idea. But to me, the lesson of this episode is broader: it's about policy risk.

The case of Chinese solar subsidies shows that governments do not always act in their own interest. China's attempt to corner the world market for solar power blew up, but it took much of the American (and German) solar industries with it. American and German solar firms whose business models might be perfectly viable in the long run probably never made it to the long run, because of a pointless, suboptimal, foolish suicide attack by the Chinese government. This represents a loss for the entire world.

But what if the U.S. had had tariffs in place (or conditional tariffs in place) before 2010. Chinese subsidies might have been insufficient to put Solyndra and other U.S. companies out of business. Or China might not have tried the subsidies in the first place. Of course, such tariffs would have costs as well. But would those costs have outweighed the benefits of blocking or deterring the disastrous Chinese subsidy binge? I'm not sure.

Yes, I realize that the solar example is not a great one; the U.S. gave its companies grants and loans before China did, and enacted tariffs. The point of the example is to illustrate a more general principle: Companies must always contend with policy risk. With one government and a closed economy, limiting policy risk is easy - just don't interfere in the economy. But in the two-government case, policy risk can also come from a foreign government. An American solar manufacturer, even if they intend to sell only in America, must contend with the risk of suddenly being put out of business by Chinese solar subsidies. - at least, if America's government adheres to a strict "free trade" regime.

The big question, to me, is: Can U.S. government intervention limit the policy risk imposed on U.S. firms by foreign governments? And if so, does the limitation of that risk outweigh the costs of the other market distortions caused by the intervention? Free-traders (i.e. most economists) say "No, never." But I do not see compelling logic in favor of the consensus position. Sometimes the world works according to general equilibrium, but sometimes you need game theory. It seems quite possible to me that "one-way free trade" might not always be superior to a strategic trade policy that requires free trade to be a two-way street.

(Note: It is possible that China's solar subsidies were good for the world, because of global warming. However, from what Chovanec reports, it seems like the subsidies just disrupted the global solar industry without achieving any real technological breakthroughs; if this is true, then China's subsidies will be bad for solar costs in the long term. And in general, I think direct research funding is the best way for government to promote solar cost reduction, followed by subsidies to solar consumers rather than producers.)

Update: For an extremely simple, Econ 101 example of how strategic trade policy might be better than one-way free trade, see this new post.
Author: Noah Smith Posted at 11:40 AM