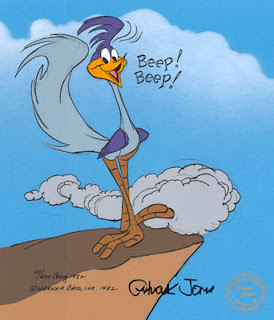 The Atlantic has a big story on the impending Japanese crash; one of the authors is the brilliant Simon Johnson. Excerpts:

About half of the Japanese government’s annual budget now goes to pensions and interest payments. As the government has spent more and more to support its growing elderly population, Japanese savers have willingly financed ever-increasing public-sector debts...

Elderly people hold their savings in the form of cash and bank deposits. The banks, in turn, hold a great deal of government debt. The Bank of Japan (the country’s central bank) also buys government bonds—this is how it provides liquid reserves to commercial banks and cash to households. Similarly, Japan’s private pension plans—many promising a defined benefit—own a great deal of government bonds, to back their future payments. Few foreigners hold Japanese government debt—95 percent of it is in the hands of locals...

With projected annual budget deficits between 7 and 10 percent of GDP, Japanese savers are essentially tendering their savings in return for newly issued government debt, which is not backed by hard assets. It is backed only by an aging, shrinking population of taxpayers...

The economy, roughly speaking, is as healthy as it is likely to become. Yet the government seems incapable of steering away from the cliff...

A crisis in Japan would most likely manifest as a collapse of confidence in the yen: At some point, Japanese citizens will decide that saving in any yen-­denominated asset is not worth the risk. Then interest rates will rise; the capital position of banks, insurance companies, and pension funds will worsen (because they all hold long-maturing bonds, which fall in value when rates rise); and fears of insolvency will surface...

The fact that government debt is held mostly by Japanese citizens is not sufficiently reassuring. The same was true in Germany during the 1920s and Russia during the 1990s, yet in both cases the elderly lost their savings to high inflation. Today, Italian and other European savers who hold their own government’s debt are already nervously edging toward the exits...


This prophecy is hardly unique; I have beaten this drum myself. If Japan doesn't change course, it will have a major crisis within the next decade.

If. But what people need to understand is, the Japanese government does have the power to avert a crisis. It is not inevitable.

There is one way that the crisis can definitely be averted: Raise taxes. Japan's fiscal woes can be boiled down to one sentence: Japan has European levels social spending and European levels of aging with American levels of taxation. But this could change; if Japan raised taxes to European levels, crisis would be instantly averted. According to analyses I've seen, this would require raising Japan's taxes from their current level of 32.5% of GDP to somewhere between 40% and 50% of GDP. That's comparable to France or Sweden. Painful, but not impossible.

Now for the rumor (rumor always being a large component in Western analyses of Japan). My sources at the Bank of Japan and Ministry of Finance tell me that domestic Japanese investors are betting that, after all the grumbling and fighting and ending of political careers, Japan's government will suck it up and raise taxes. This, my shadowy sources say, is why pension funds are still willing to put the Japanese people's money into JGBs.

But this story is not really outlandish. It's similar to what we're observing in America right now. U.S. borrowing is at all-time highs, but demand for Treasuries shows no sign of flagging, and most of that demand - more than in the past - is from domestic U.S. investors. Yes, we have shown a reluctance to raise taxes - witness the apocalyptic debt ceiling fight from last year. But if the public really thought the U.S. government was willing to default, domestic Treasury buyers would be heading for the exits. That they are not heading for the exits probably indicates that they believe that when push comes to shove, the U.S. government will suck it up and raise taxes. There are signs that the Republicans are quietly recognizing the necessity of this. At this point, it's just a fight between Democrats and Republicans to see who takes the fall for raising taxes - that's what the "fiscal cliff" is really all about.

Japan seems to be in a similar situation. It is not really unusual or outlandish at all. Everyone in the country still seems to believe that the government will continue to function. The day that that belief falters - or is proven wrong by main force, when interest payments swamp the primary budget - is the day that Japan collapses (the same goes for the U.S.). But if Japan's government is less dysfunctional than the often skittish Western press believes, that day will never come.

(Anyway...oh yeah, I did mention that there might be two ways out of Japan's fiscal trap, didn't I? The other way is to use monetary policy to create negative real interest rates for a very long period of time. If that can be done in a stable way (without accelerating inflation) and if stable growth persists, then Japan can use an "inflation tax" to erode the value of its government debt instead of an actual tax. Econ bloggers (and commenters), who tend to believe that central banks can hit any NGDP target they want, will probably advocate this "solution"...)
Author: Noah Smith Posted at 1:49 PM