Engineering vs. "Science" in macroeconomics 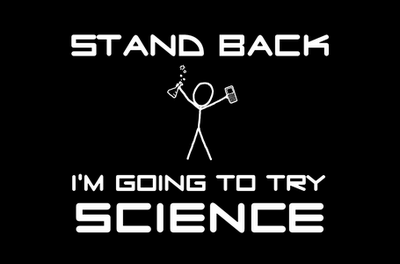 I like Simon Wren-Lewis a lot, not just because he has a beard, but because he's one of the few people still talking about macroeconomic methodology, a subject dear to my heart if not exactly a crowd-pleaser. In this post, he discusses Greg Mankiw's famous partition of macroeconomists into "scientists and engineers".

For those who don't know the history involved, let me give a condensed version.

1. Before Robert Lucas, macroeconomists used mostly "aggregate" models - stick labor and capital and money etc. into some equations, and out pop GDP and inflation, or something like that.

2. Then Robert Lucas came along and said "These equations might look like they fit the data, but as soon as you try to actually use the equations to make policy, people will see what you're doing and change how they behave. And then your equations will stop working completely." Some people resisted this idea, but eventually it won, and people stopped using the old style of models. (Lucas got a Nobel for this, and for insisting that people use "rational expectations" models...see #3.)

3. People asked Lucas, "OK, so what do we do instead?" Lucas said "Your models have to be based on things that won't be changed by policy. What people want to consume, for example, or the technology that we use to produce things. Those things can't be changed by the government, right?" And everyone said "Uhhh, no, guess not." So Lucas said "OK, base all your models on those things, and you'll be OK. Also, you should assume that people have 'rational expectations'." To which the world replied "Uhhh, OK." Of course, this sort of modeling required the use of microfoundations.

4. The first to take up this challenge was Lucas' friend Ed Prescott. He made a model where the business cycle was caused by changes in technology - if we invent more stuff than usual we get a boom, if we invent less than usual we get a recession. Also, he allowed for business cycles to be caused by changes in people's desire to work - if people suddenly got lazy, we could have a recession. Lucas gave this model his unofficial stamp of approval. (Prescott's model, called the "RBC" model, won him a Nobel.)

5. However, some people came along and said "Wait a second, Prescott's model doesn't fit the facts. In this model, a recession is basically just a big shortage of everything; in a shortage, inflation should go up. But in the past, especially the Great Depression, inflation often goes down in a recession. Recessions must be caused by some kind of general glut, not a general shortage. In other words, there must be some kind of 'aggregate demand shock'." To which the RBC people replied: "Oh yeah? Let's see you put that in math!"

6. So the people who wanted to model aggregate demand shocks thought of some plausible ways that a "general glut" could happen. Greg Mankiw, for example, came up with the idea that "menu costs" could keep people from changing prices. Other people focused on contract theory, money illusion, and other "frictions" that could cause general gluts. But these ideas, though probably pretty realistic, were all very very hard to put into the type of model that Prescott had used (called a "DSGE" model).

7. Then came along a guy named Guillermo Calvo, who thought of a fix: Just assume that some magical force (the "Calvo fairy") keeps people from changing their prices, and voila! Aggregate demand shortage! This mechanism, although obviously a fantasy, was very easy to put into DSGE models. So a bunch of people started doing that. Mike Woodford, for example, used the idea to make models of how monetary policy could stabilize the economy, canceling out shocks to aggregate demand while also guarding against inflation. These models came to be known as "New Keynesian" models, since Keynes had also argued that aggregate demand was what caused recessions. They were also called "saltwater" models, because they were made primarily by people on the coasts, especially at Harvard.

8. The RBC people, who were also called "New Classicals" or "freshwater" (since many worked at the University of Minnesota and the University of Chicago), fought back, deriding the New Keynesians, or saying that the new Calvo-based models didn't satisfy the Lucas Critique.

And here we are today. Wow, OK, that took slightly longer than I thought, but anyway, let's go on.

The 2006 paper by Mankiw about "scientists vs. engineers" should be seen in this historical context, as an attempt to make peace between New Classicals and New Keynesians. If you read it, especially after reading the earlier Robert Barro "good guys and bad guys" diss paper, you'll see it's a very political document. It's basically saying "Look, you New Classical guys are like scientists; you're trying to understand how the world works on a deep level. We New Keynesians are more like engineers; our models may not match what's really going on at the micro level, but they fit the big macro facts, so they're useful for policymaking." Very politic...remember, scientists are generally thought to be smarter than engineers. In fact, Mankiw's distinction reminds me very much of Stephen Jay Gould's attempt to get anti-evolution folks off his back by dividing science and religion into "separate magisteria".

By defending New Keynesian models as "engineering", Mankiw was - I think - essentially admitting that the New Keynesian movement had not really satisfied the Lucas Critique. The DSGE structure of the models was a head-fake in the direction of microfoundations, but by including things like Calvo pricing, the New Keynesian models were really more in the spirit of the old, pre-Lucas "aggregate" models. But the "scientists vs. engineers" idea was also a kind of defense of that old "aggregate" approach - it said "For the purposes of short-term policy making, all you really need is a model that fits the macro data; you don't need something that really represents what's going on at a deep level." In other words, it was very, very similar to the stuff that Simon Wren-Lewis writes on his blog all the time.

But I do not like Mankiw's "scientists vs. engineers" distinction, because although I think it gets the "engineers" part right, I don't really think what the New Classical folks do is especially similar to what actual scientists do. (Mankiw is trying to be a nice guy, a uniter instead of a divider. I am a different sort of guy, for whom dissent and argument are a natural part of the truth-finding process. So don't be surprised if I am less politic than he.)

The whole idea and the whole appeal of New Classical models is that they are microfounded on things that don't change with respect to policy - human tastes and preferences, and technology. The New Classical macroeconomists do often try to match the parameters of these microfoundations to micro data (this is called "calibration"). But rarely if ever do they bother to see if the equations themselves are an accurate description of how economic agents behave. As a result, as I argue in these old posts (Post 1, Post 2), the microfoundations in RBC-type models are almost certainly terribly misspecified descriptions of microeconomic behavior and markets.

As my advisor (and Greg Mankiw's advisee) Miles Kimball tweeted today when we discussed this topic: "the 'micro foundations [used by New Classicals are] usually not very serious, they're often more like imaginary engineering than science."

Note that if the microfoundations are misspecified, it doesn't matter whether a model satisfies the Lucas Critique or not. Even if "tastes and technology" really are policy-invariant things, if tastes and technology don't really work the way the model says they work, the model will not give you useful advice about policy.

Now, terrible microfoundations might not lead to a terrible model. But if by some lucky happenstance, crappy microfoundations produce a model that matches the macro facts, then it might as well be one of those "aggregate-only" models that Greg Mankiw labels "engineering". In this case, RBC has no theoretical advantage over a New Keyneisan model.

So basically, I charge that the New Classical/RBC/freshwater macroeconomics paradigm is not really science, and not really like science...not yet, anyway. In science, evidence rules all; if a model doesn't fit the evidence you toss it out. And I don't think the microfoundations we have seen in freshwater models pass muster (yet). Until they do, I think that "engineering" - the aggregate models of VARs, or the Calvo-pricing New Keynesian models, etc. - are all we've got.
Author: Noah Smith Posted at 8:29 PM