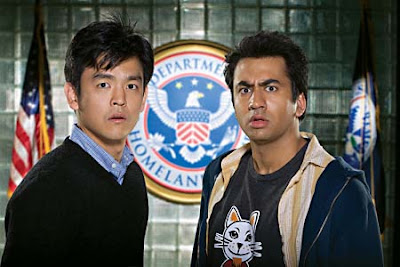 The absurd outburst of Nate Silver Denialism was just the most egregious example of the alternate reality bubble that the American conservative movement has been constructing over the last decade-and-change - the phenomenon that used to be called "epistemic closure." In this devastating analysis, Conor Friedersdorf lays out just how monumentally stupid is is for a movement to divorce itself from extant reality:


I see a coalition that has lost all perspective, partly because there's no cost to broadcasting or publishing inane bullshit. In fact, it's often very profitable. A lot of cynical people have gotten rich broadcasting and publishing red meat for movement conservative consumption.

Since the election, I've been reading The Corner, the group blog of the National Review, a publication which probably still represents the intellectual forefront of the conservative movement. I've seen some very intelligent and thoughtful discussion there, and also some absolute head-in-the-sand denialist comfort-food. But one thing I don't see anyone challenging is the master narrative of modern American conservatism: the "maker/taker" story.

The "maker/taker" story is exactly the "47 percent" story that Mitt Romney told at that fund-raiser. It's the idea that the Democrats' core constituency is a bunch of lazy and/or untalented "takers" who want to use the government to steal from the hard-working "makers". Here's The Corner's David French summing up the idea:

To tens of millions of American voters, a conservative message of self-reliance and individual economic freedom is, quite frankly, terrifying.

First, each of Obama’s core constituencies (single women, African-Americans, and Latinos) is seriously — and disproportionately — economically disadvantaged compared to the classic paradigm of the white, college-educated Republican voter. The rates of poverty and near-poverty among these groups are much greater, thus causing a critical mass of both populations to suffer — even if they’re technically middle class — from a greater degree of economic insecurity...Ideologically and historically they are pre-disposed towards statism as the means of alleviating economic insecurity and distress.

As you can see, the "maker/taker" narrative has a strong ethnic angle; the "takers" are supposed to be mostly minorities and single women. White men and their wives produce things; blacks, Hispanics, and sluts single women live on the dole. Naturally, this ethnic angle plays well with the conservative "base", i.e. Southern and exurban working-class whites for whom politics is ethnic and tribal. Here's Fox News' Bill O'Reilly reinforcing that racial version of the narrative:

So, here's the problem: The narrative is wrong. Completely, utterly, wrong. The Democrats' appeal is not based on people "wanting stuff". And how do I know this? I know it because Asian-Americans voted for Obama by a 3-to-1 margin. Check this out:

Much has been made of the Latino vote and its crucial role in boosting President Obama to victory, but it was Asian Americans who made the most dramatic shift in support for the president Tuesday.

Exit polls show that 73% of Asian Americans backed Obama, an 11-point increase since 2008.  Asian Americans came out in such force for Obama that they topped Latinos as his second-most supportive ethnic group, behind African Americans...

While Asians accounted for just 3% of the electorate – up from 2% in 2008 – their overwhelming support made them a key component of the Obama coalition, especially in swing states like Virginia, Florida and Colorado.

And their numbers are increasing rapidly. They were the fastest-growing ethnic group from 2000 to 2010...

So, for those of you who don't know this, Asian-Americans make more money than white Americans. Thus, they pay more income tax. And Asians are half as likely as the average American to be on welfare.

Thus, Asian-Americans, by the Romney/O'Reilly/French definition, are "makers", not "takers". Even more than whites. They're also more likely to be married. And to start businesses.

And yet Asian-Americans broke for Obama 3-to-1. David French should definitely be including them in his list of Obama's "core constituencies". The fact that he doesn't do so is a telling sign of "epistemic closure" - of conservatives not seeing what is plainly in front of them, preferring instead to repeat to themselves a pleasant, soothing, but false story.

If they're not "takers", why did Asian-Americans break so strongly for Obama? The answer is pretty clear: Conservative ethnic identity politics. The American conservative movement has made it abundantly clear that it sees America as a "white people country", and views Asians - like blacks and Hispanics - as guests (at best) or interlopers (at worst). The blood-and-soil white ethnocentrism of the conservative movement makes Asians feel like permanent foreigners in their own country, and they don't like feeling like that. Who would?

I'm pretty sure this is the right answer. Why? Because I myself am a member of a group that is demographically and electorally similar to Asian-Americans - namely, Jewish-Americans. Jews are America's second-richest religious group (behind Hindus), and yet Jewish voters broke almost 3-to-1 for Obama this year, and more than 3-to-1 in 2008. Why do Jews vote Democratic? Simple: for all their talk of "Judeo-Christian values" and support for Israel (as if anyone cares about that!), the Republicans make it clear that they think the ethnic core of America is not just white, but Christian as well. Jews don't want to have their schools lead them in prayers to Jesus. We don't like it when Bill O'Reilly demands that stores put only "Merry Christmas" on their holiday banners, and not "Happy Channukah".

We Jews are not stupid; we know that the grassroots of the conservative movement, at least in its present incarnation, will never accept us as true "sons of the soil". The liberal movement will. It's as simple as that. And I'm pretty sure Asian-Americans are thinking along similar lines.

So if conservative intellectuals really want to turn their movement away from the self-destructive path that they're on, they need to face up to one overwhelmingly important piece of reality: White (Christian) ethnocentrism is turning everyone else against them. Getting rid of that ethnocentrism will take more than putting some Hispanics, or some Asians, or some Jews on the speaker's podium. It will take more than pretending to vote for - or even actually voting for! - Herman Cain or Marco Rubio or Bobby Jindal.

In other words, it will mean doing a lot more than the conservative movement is currently prepared to do. But guys, at least face up to reality. At least open your eyes and see what the rest of America really thinks about you. The Asian-American vote is an unmistakable sign that your master narrative is wrong.


Update: Lots of other people are saying the same thing. For example, here's Chris Hayes. Also, here's Paul Krugman with a nice graph.

Update 2: In a new article, Charles Murray says much the same thing as this blog post. Which is interesting, given Murray's prominent role in promoting the general white-supremacist overtone of the conservative movement.

Update 3: Richard Posner is with us too.
Author: Noah Smith Posted at 11:00 PM