How not to criticize Japan 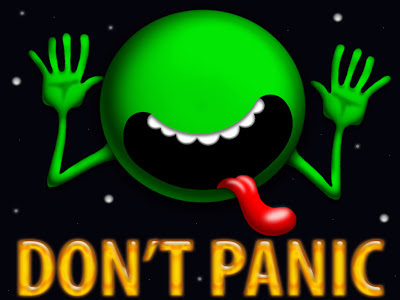 I will be the first to tell you that Japan has serious problems. Chief among these, in my estimation, are A) a dysfunctional labor market, B) institutional support for unproductive companies and company divisions, C) poor corporate governance, D) a dysfunctional political system, E) underemployment of women, and F) the large national debt. Obviously these tend to reinforce each other, leading to a bad equilibrium.

But the way to untie this Gordion Knot is not to simply start wringing our hands and flailing about in every direction, blaming any trend or story upon which we happen to lay our eyes. Unfortunately, this approach to Japan analysis is relatively common in the Western business press. For example, consider this article in MarketWatch. "Once a powerhouse, [Japan is] withdrawing from the world stage," the subheading laments. Here are some excerpts:

“That’s about right,” [a friend living in Tokyo] said, “battered by deflation and a overly strong currency, the Japanese have concluded that they can’t compete with a rising China and are withdrawing into themselves.”...

Japan’s 27-year long dominance in machine-tool production came to an end two years ago. China, where production costs are 40% lower, has seized the top spot even though the Japanese emphasize that they continue to lead in quality.

Pummeled by a strong currency and two decades of deflation, Japanese companies are shifting production to China and elsewhere. Japan’s industrial core is eroding and threatened with being hollowed out...

What went wrong? How did a nation with world-class companies, a highly educated work force, and a well-deserved reputation for efficiency and discipline descend into protracted decline?

Since Japan’s asset bubbles burst over 20 years ago, policy makers have persistently fiddled with the levers of monetary and fiscal policy but their efforts have spectacularly failed...

Meanwhile, the exchange rate of the yen, regarded as a reflection of the nation’s economic health, has steadily appreciated from the 227 to the dollar that prevailed in 1983 to a mere 78 yen today...At any rate, the currency’s rise has done little to reduce Japan’s chronic balance of payments surplus...

The most troubling aspect of Japan’s malaise may be psychological...Japan seems to have its lost its self-confidence along with its drive for economic leadership.

1. Why do people think Japan ought to "compete" with China? Just because they are both East Asian countries? Why does the growth of China's economy threaten the health of Japan's economy?

And what does "compete" even mean in this case? Does it mean - as the author hints when he talks about machine-tool manufacturing market share - that Japan ought to try to make sure its companies hold dominant global market share positions over China in every conceivable industry? That would go directly against the strategy advocated by Michael Porter, Hirotaka Takeuchi, and Mariko Sakakibara in their book Can Japan Compete?, in which they identify lack of specialization and blind pursuit of market share as flaws in the Japanese corporate model.

Or is it just because Japan used to be the #1 machine tool manufacturer? Does loss of marketshare leadership in one industry indicate general economic decline? Should be worried that Japan is no longer the world's leading manufacturer of paper doilies?

I just don't get it.

3. Why is a "strong" yen bad? OK, it hurts exporters. But it helps importers and consumers. Don't we always hear people saying that a "strong dollar" is an indicator of America's economic strength? Why should Japan be exactly the opposite?

(Note: although this author cites a study claiming that the yen is overvalued, most studies say that it is fairly valued.)

4. Monetary policy did nothing? Well, maybe. But from where I'm sitting, it sure looks as if Japan's quantitative easing in the early 2000s was quickly followed by a burst of good economic performance (the "Koizumi boom" in 2004-7). Now, correlation does not equal causation, but to conclude that monetary policy is ineffective seems a bit ridiculous to me, especially when sustained low real interest rates will be necessary to erode Japan's mountain of debt.

6. And now we get to the part at the end when the author finally answers his own question of "What went wrong?". "The most troubling aspect of Japan’s malaise," he declares, "may be psychological."

That would play well in a 1980-vintage Ronald Reagan stump speech. But how the heck does this author (who lives in Washington and works for a Hong Kong newspaper, by the way) have any idea that this is the case? How does he know that Japan's psychological pessimism is a cause of poor economic performance rather than an effect? I'd be pretty bummed if my economy was stagnating! (Actually, that is not exactly an "if" at this point.)

The idea of persistent psychological malaise - a lack of "animal spirits" - is an old one, and a tempting one. Wouldn't it be neat if macroeconomics were all about national will? If all we had to do to bring back robust growth was to turn that frown upside down, chin in, chest out, nose to the grindstone, when the goin' gets tough the tough get goin', get busy livin' or get busy dyin'? Maybe if Japan had a Ronald Reagan to stand in front of a flag and tell them that everything was going to be OK, then their dysfunctional labor markets, corporate governance, and politics would vanish like so much smoke on the breeze?

OK, obviously I kid. But explaining Japan's problems in terms of the "national mood" doesn't seem very helpful to me. (And in fact, some of my own research indicates that happiness probably doesn't exert much of a pull on the economy at all!)

Basically, writers like this analyst are speaking to a very particular audience: foreign investors looking for a simple story to tell them whether to pull their money out of Japan. The dominant narrative coming out of Japan is one of general doom and gloom, and people like to read things that reinforce the dominant narrative, because people like to feel sure about things. So articles like this thrive because they pick out random facts - machine-tool market share! - and buzzwords - psychological malaise! - that seem to support the narrative. The problem is, this sort of reporting doesn't help anyone think carefully about what Japan's problems really are, or how to fix them. All this hand-wringing does is to encourage the very malaise that it decries.

Not that I think that articles like this are taken seriously by members of the policymaking elite, of course. But they still annoy me.