Should I read Casey Mulligan's book? 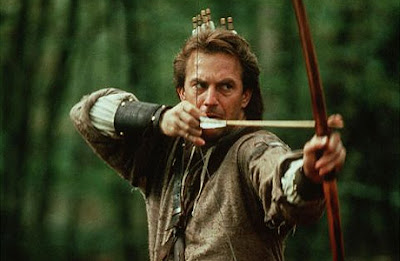 Casey Mulligan has a new book out, called The Redistribution Recession, advancing his unorthodox ideas about the cause of the Great Recession. Tyler Cowen is a big fan, writing:


To get to the point, [Mulligan's book] is quite good...there are only a few readable books which integrate actual empirical research with a look at the Great Recession.  This is by no means the whole story, but this is a book which anyone seriously interested in the topic should read.

Should I read this book? Well, it does seem interesting, and it comes highly recommended. I'm sure I'd have lots to say about it. On the other hand, I do have limited time; I can't read every pop econ book that comes across my computer screen.

I already know some of what the book will say, since it appears to incorporate many of the ideas that Casey Mulligan writes about on his blog. His central thesis - that unemployment insurance, food stamps, and other government benefits caused the Great Recession - has always seemed highly implausible to me, for three reasons:

1. There was no big policy change preceding the recession, and hence any effect of government policy would have had to be forward-looking; in other words, Mulligan's thesis requires that workers stopped working because they expected Obama to be elected president in 2008 and increase govt. benefits. That seems quite implausible to me.

2. Real wages fell in the crash of late 2008 and early 2009. Later they partially rebounded, but overall their  growth in and after the crash was quite sluggish. Lower wage growth means there is no shortage of labor; if there were a shortage, we'd see wage growth increase. So negative shocks to labor supply, of the kind postulated by Mulligan, can't be the whole story.

3. The recession was global in nature; in many countries, it was worse than in the U.S. Given the wide diversity of policies, pre-recession policy changes, and post-recession policy responses, it seems logically impossible that policy could explain the global phenomenon. Perhaps a policy shock in the U.S. caused contagion that spread to other countries? If so, their recessions should look much different than ours.

I am not the first to make these points; John Quiggin (see also here) and Paul Krugman have already noted these things.

If Mulligan's book explicitly addressed the three critiques, I'd read it. But so far, I have heard nothing to indicate that it does so. On Point 1, Mulligan is silent, pointing only to the levels of benefits after the recession was already well underway. Point 2 has been made before, but Mulligan hasn't really responded to it. And on Point 3, Mulligan simply waves his hand and says "If you think other countries are important, you go study them and tell me what you find."

Which is a shame, because I suspect that Mulligan has actually uncovered some important and interesting facts about the labor market. The seasonal behavior of employment is weird. The growth of wages over the 2008-12 period, even though it was too sluggish to indicate a labor supply shortage, is interesting. Is the labor market segmented? Is real wage growth sticky? Those are important questions! And after having studied the subject, I'm not at all convinced that we really understand how labor markets work (I'm sure Robert Shimer, for example, who is one of the best and most serious labor-macro economists, would agree with that statement).

But Mulligan seems less interested in pointing out weird facts about labor markets - which would tend to invalidate mainstream theses about how those markets work - and more interested in pushing an alternative grand overarching thesis that doesn't really make sense. Instead of saying "Hey, here are some facts that throw a wrench into the Aggregate-Demand-and-Sticky-Wages theory of unemployment!", he instead says "Unemployment is caused by government benefits encouraging people to take vacations."

Why does he try for the more ambitious goal of explaining the world, instead of the more intellectually defensible but limited goal of disrupting existing theories? It's pretty obvious that politics is involved. Most conservatives naturally want to believe - they desire to believe - that we live in a world in which economic problems are caused by the laziness of the poor and the misguided redistributive instincts of liberal Robin Hoods. Mulligan purports to give them a reason to believe this. The title of the book - "The Redistribution Recession" - should leave no doubt as to the book's target audience.

When I have a strong reason to believe that a book's thesis is overstated for political appeal, I naturally view the author's evidence with more suspicion. That doesn't mean I discount the evidence, or the arguments. But it raises the hurdle for whether or not I decide to commit the time and effort to read a book.

So Casey Mulligan may be right about some things, or have some good points. But unless I hear a lot more of the details, I am going to overlook and ignore those good points, because A) the thesis doesn't yet pass the smell test, and B) the book has a bit too much political appeal for my taste. My apologies.
Author: Noah Smith Posted at 2:55 PM